BILLINGS- A recent large purchase could change the face of Billings’ South Side neighborhood in the coming years.

The Billings City Council recently approved the purchase of 10 acres near the area of Amend Park for the potential use of a large recreation center that could house an ice rink, indoor swimming pools and indoor courts for volleyball and tennis.

According to Billings Planning and Community Services Direct Wyeth Friday, the buy-sell agreement was made by the council at their Sept. 10 meeting. The city took ownership of the land at their Oct. 3 meeting.

Friday said the South Side was a perfect area for the potential recreation center because of the vacant land the city was able to purchase, but also because of urban renewal funds.

So now that the property has been acquired by the city, what comes next?

Friday said there will be a conceptual analysis of the area over the next year, to see how a large recreation center could fit on the land or perhaps a standalone recreation center – meaning just a rink or just an aquatic center.

“At the October 23nd council meeting, the council is going to act on a contract on a consulting team that will do the concept design study,” said Friday.

Other big partners for the project include leaders from the Southside Urban Renewal District and the City of Billings Parks and Recreation Department.

“Their park master plan said yes, we need an indoor activity space,” Friday said when talking about how the south side renewal district is trying to reshape the community.

Approved in the city budget are two elements for the project, including the purchase of the land and the consulting team to conceptualize the construction on that property, said Friday.

He said the property is key for the city of Billings for tourism traffic to the area to utilize the future recreation center but also for community groups that have no other place to go for those kinds of sports.

Billings only has one ice skating rink, and the pools are at the colleges. The city doesn’t have a community pool, but this idea could change, said Friday.

“We are at the beginning, but it’s a huge deal for what it could mean for the community and the residents, for what they can use to accommodate events that may come into the state and region,” he said.

Along with this parcel of land, the city is also eyeing another piece of property on Mahoney Lane. The Red Lion hotel and old Billings convention center sit on five acres, Friday said the owner of that property is interested in analyzing it for development.

By next spring city, officials hope to have the conceptual study complete. 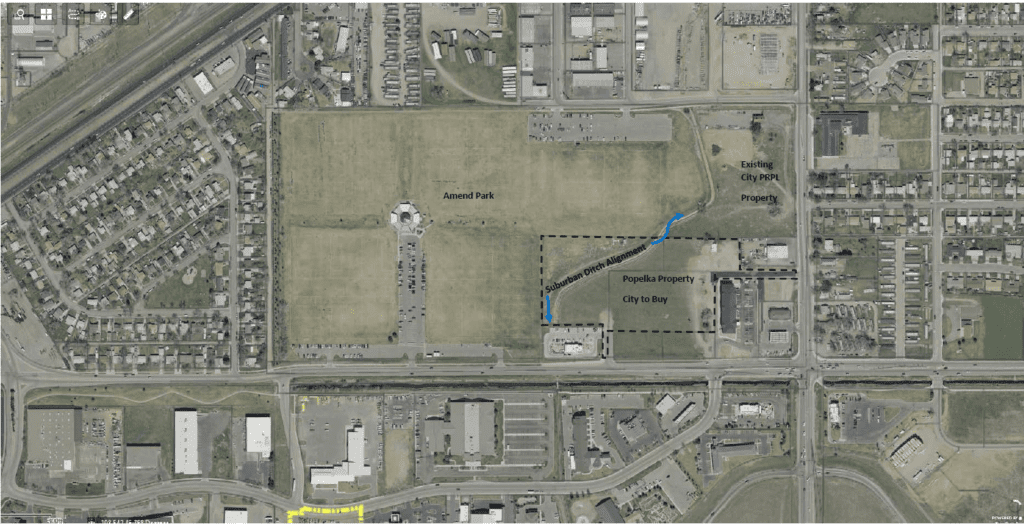