If you didn’t get that Presidential Alert text message today, you’re not alone

BILLINGS- This Wednesday afternoon FEMA Wireless Emergency Alert test was heard around the country, but not by everyone.

Those not receiving the message are not alone, as even people in the same room were split in terms of who received the message and who did not.

In the case of my two phones, one received the alert twice, while the other did not receive the message at all during the half-hour window that FEMA specified for the rollout of the Presidential Alert.

According to the FEMA website, all “WEA compatible cellphones that are switched on and within range of an active cell tower, and whose wireless provider participates in the WEA will be capable of receiving the message.”

Some of the conditions that could have lead to a certain device not receiving the message are an ongoing phone call or an active data session, as specified by FEMA. 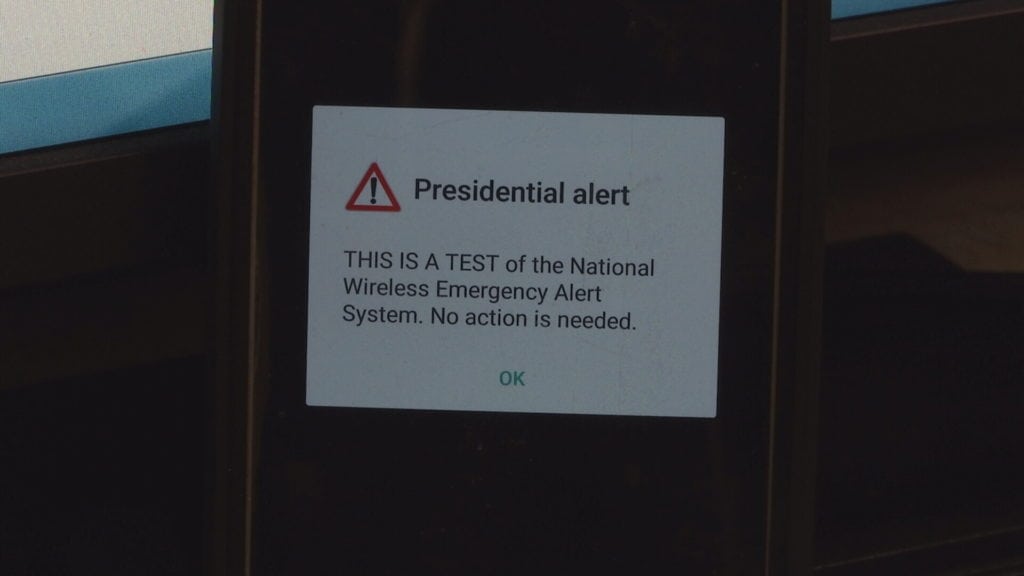 In a statement issued on Tuesday, Craig Silliman, executive vice president of public policy at Verizon said that “nearly all of the handsets [sold to Verizon customers] are capable of providing the alerts.”

If you did not receive the message, FEMA wants to hear your feedback by sending comments to FEMA-National-Test@fema.dhs.gov.  Valuable information includes the following: