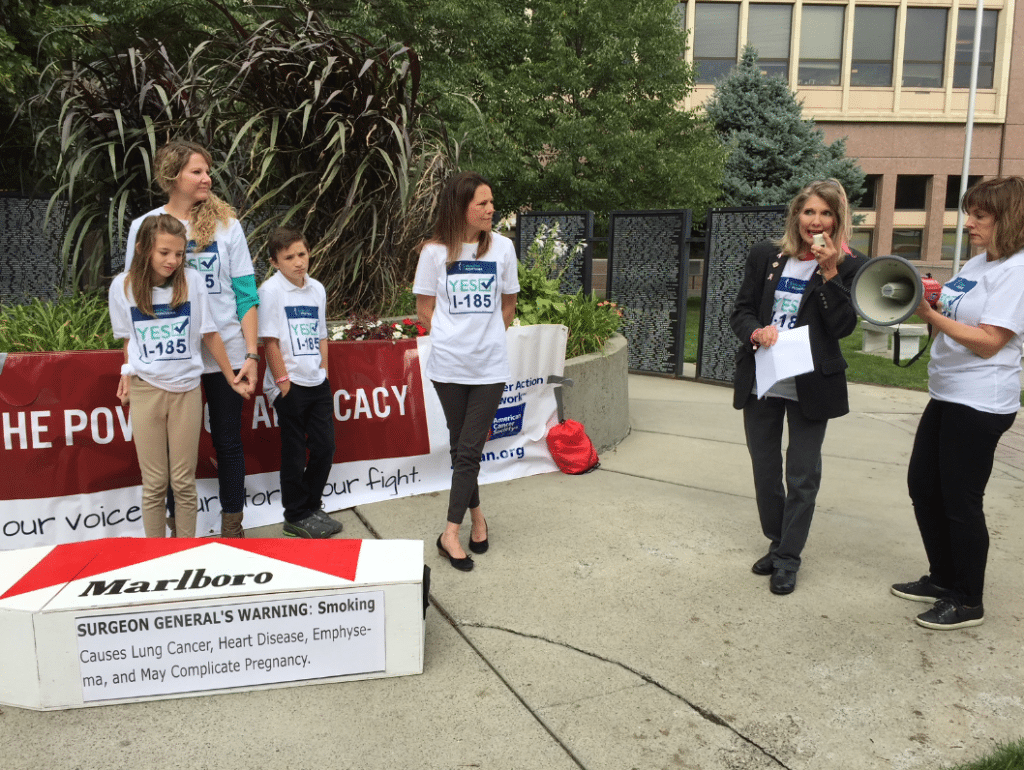 BILLINGS- Supporters of the tobacco tax initiative on this November’s ballot brought out a coffin, a body bag, and toe tags to deliver their message on the Yellowstone County Courthouse lawn in Billings Thursday.

Volunteers of the American Cancer Society Cancer Action Network, along with two middle school students, spoke out through a megaphone against tobacco companies funding the effort to defeat I-185.

According to the cancer network, the 1,600 toe tags represent the number of people in Montana who will die from smoking-related illnesses this year.

“This is an addiction that is harder than heroin to quit,” said Deb Mattern, a volunteer with the ACS.  Mattern was part of the group that collected signatures from citizens across the state to qualify the initiative for the November ballot.

I-185 would increase the state cigarette tax by $2 per pack and help fund an extension of Montana’s Medicaid expansion program.

Opponents have argued the tax would not cover the full cost of the extension and require the state to step in and make up the difference.