BILLINGS—Yellowstone Valley Brewing is set to reopen in the fall in downtown Billings with a canning line, a distillery and live music all in store for the future.

The brewery and its distilling operations were purchased in July by Mike Mathew and Kay Foster. They closed the business to do $70,000 in renovations. Their mission is to reopen the brewery with a new feel but the same ‘Garage Pub’ vibe.

“We are taking an existing brewery and remodeling it. It’s going to enable us to brew more beer and can that beer,” said Mathew. 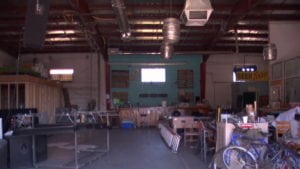 Another big draw to Yellowstone Valley is the music, something General Manager Sean Lynch said will only continue to get bigger.

“I would say this is the main place that local bands can come in, cut their teeth a little bit, get in front of some crowds, feel pretty good about it before moving up to larger venues,” said Lynch.

Lynch is also the owner of the Pub Station a few blocks away and said bands have already inquired about when they can play at the updated venue. He also said live music is an aspect of the brewery that many people wanted to stay.

“This is a portion of Billings that Billings can’t afford to lose, especially the music portion of it. There is a lot of beer out there and I know we are going to make great beer, but there’s a music side of it too that would be lacking if this side of it went away,” said Lynch.

New jobs will be created too. Mathews said he anticipates needing three full-time brewers. The distillery could potentially employ up to 20 people.

But the process still has some hurdles to go through, including gaining the necessary federal and state permits and licenses. Mathews and Lynch believe they will be ready to open in late fall of 2018.

As for demolition- that is coming right along, Mathews said.

“We have opened it up a lot. We tore down an old cooler that blocked the stage. We took down a partial wall that kind of broke up the room,” said Mathews.

Still, he assures customers can expect to find the same nostalgia the old Yellowstone Valley Brewing featured for so many years.

“It will be Yellowstone Valley Brewing. We are keeping that name,” Mathew said.

Mathew plans to bring back a canning line to the brewery in addition to the five- 30-gallon fermenting barrels that can pump out nearly 500 kegs a month.

“We are probably going to change up some of the beers,” said Mathew. “The one beer that is probably our flagship beer is the Black Widow Stout. It will be there forever.” 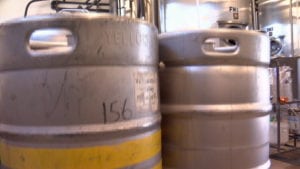