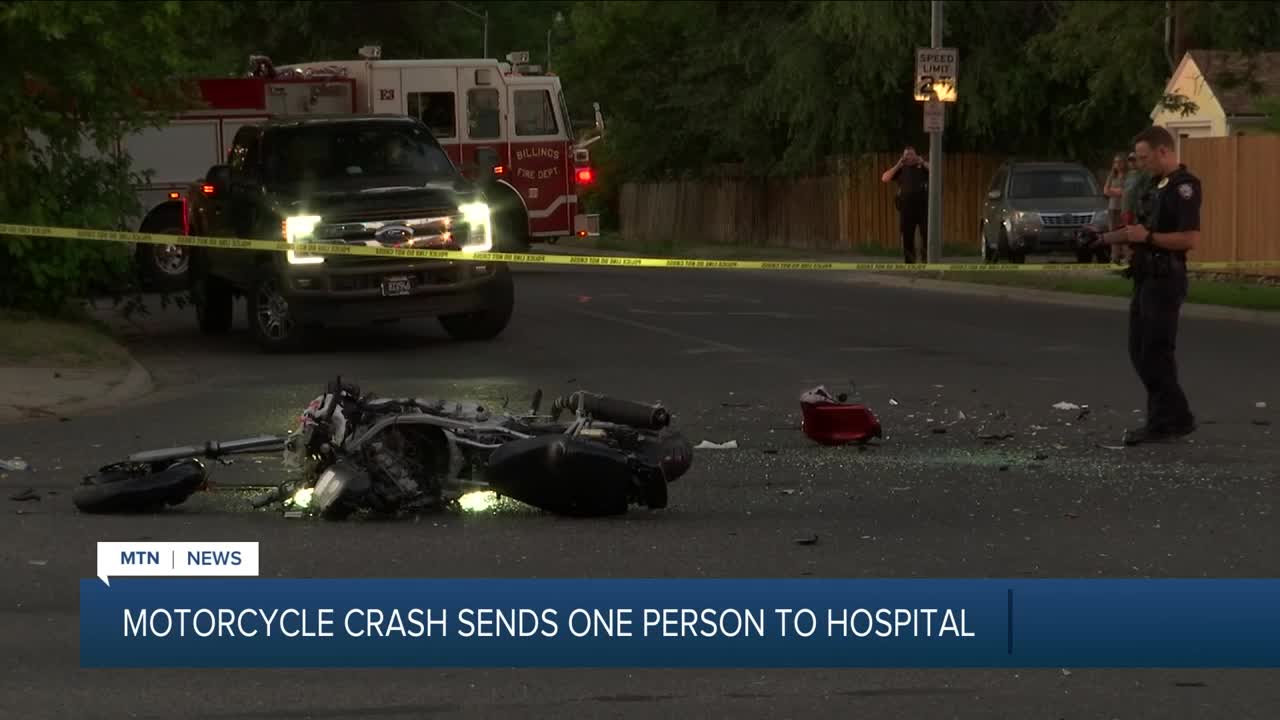 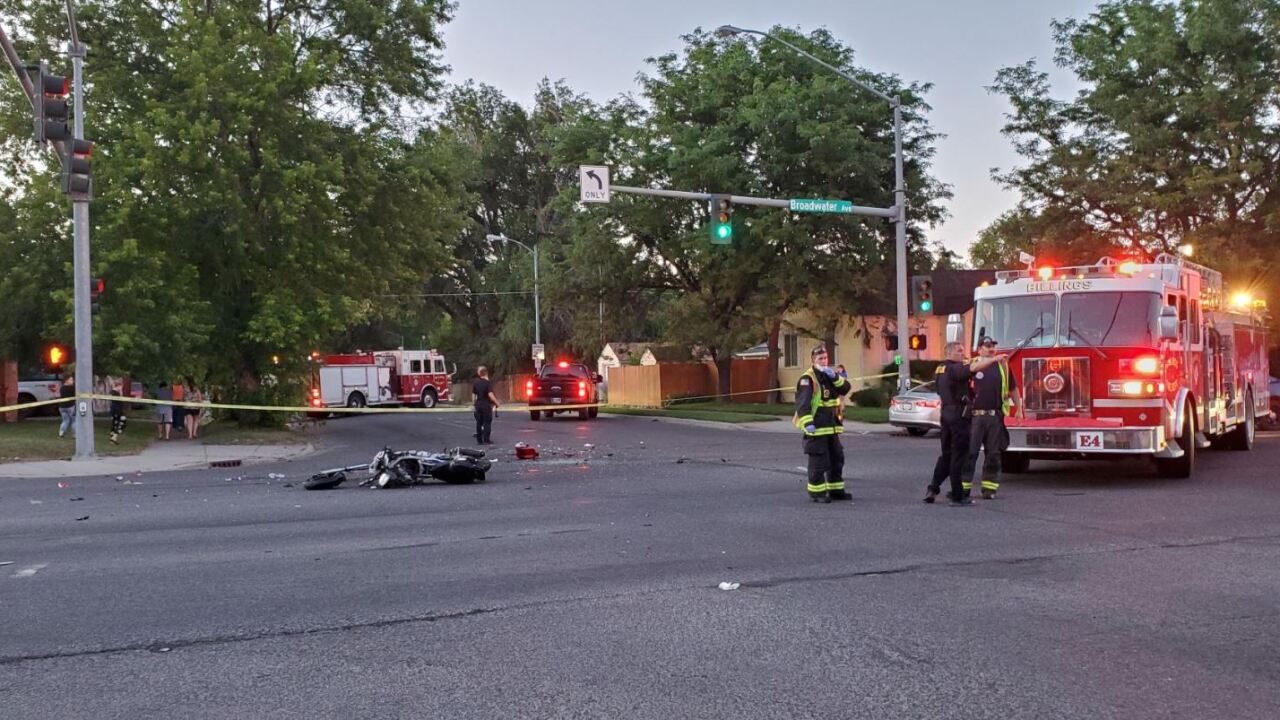 Update 9:35 p.m. One man was seriously injured after his motorcycle T-boned a vehicle at the corner of Broadwater Avenue and Eighth Street West in Billings around 8:45 p.m. Tuesday night.

Police have blocked off the intersection at Broadwater Avenue and 8th Street West. Billings Police asked the public to avoid the area for the next few hours while they investigate the crash.

Billings police said in a tweet that the motorcycle was heading west on Broadwater at a high rate of speed.

The motorcyclist was taken to a local hospital with a serious injury, Becker said.

No one in the Chevy Malibu was injured. Becker said the Chevy's driver was fully cooperative and will undergo a blood alcohol test as is the usual procedure in serious crashes.

20-51658 Crash @ 2046 a Chevy Malibu was waiting to turn north onto 8th Street W from Broadwater
Ave. A motorcycle was traveling WB on Broadwater at a reportedly high rate of speed. Not seeing the MC the Malibu turned north and was T-boned by the MC. 1/2

20-51658 Crash 2/2 The rider sustained serious injury and was taken to a local hospital. No one in the Malibu was injured. The BPD accident team is investigating and 8th ST W and Broadwater will be blocked for at least one block in all directions for several hours. -Sgt Becker

A motorcycle crash has closed at Broadwater Avenue near the intersection of Eighth Street West just before 9 p.m.

One person was transported from the scene in an ambulance.