Contway joins Charlie Russell as the only other person to receive the award
Posted: 1:57 PM, Sep 07, 2019
By: Matt Holzapfel - MTN News 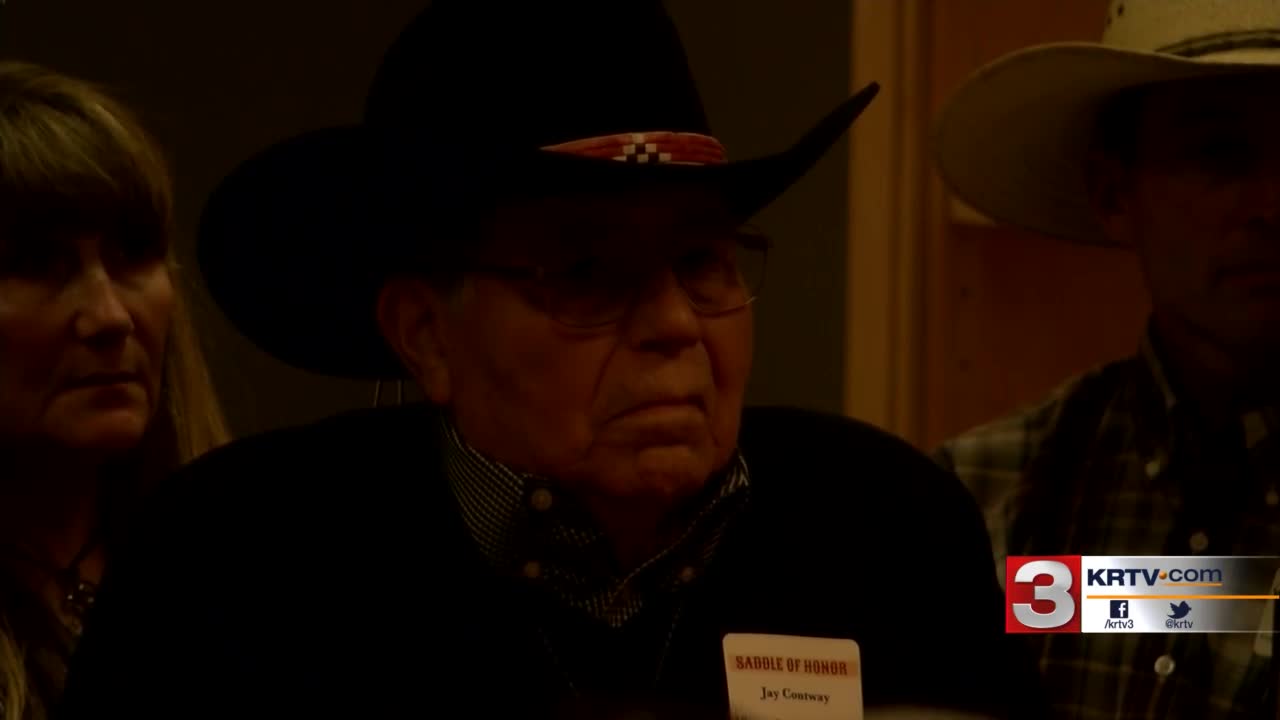 Contway joins legendary artist Charlie Russell as the only other person to receive the award.

The event was held in the C.M. Russell Museum, where a crowd of around 100 people gathered to honor Jay and his artwork.

Contway often drew inspiration for his bronze statues from his own life. He spent many years as a cowboy, competing in rodeos and riding throughout Montana. He now suffers from dementia, and while he was unable to give an acceptance speech himself, event host Mike Gurnett read a prepared speech for Contway.

While it may seem as though Jay’s days of sculpting magnificent bronze statues of cowboys and horses are over, those that know him say that if you ask him, he’ll tell you that he’s planning on starting a new project next week.

You can see many of Jay’s statues at the C.M. Russell Museum, and you can read more about Montana’s Storyteller in Bronze on his website by clicking here , which includes this brief bio:

Jay was born in Malta, in Eastern Montana, and was raised in the ranching area. His ancestry includes Native American, English, and Irish. He attended Northern Montana College in Havre and the College of Great Falls to earn a teaching certificate.Over the years Jay has won numerous awards but the most important recognitions of his career are the inductions into the Calgary Stampede Western Art Show Hall of Fame in 2008, the C.M. Russell Museum Skull Society of Artists 2014 & 2015, the Montana Pro-Rodeo Cowboy Hall and Wall of Fame in 2016 and the Montana Cowboy Hall of Fame & Western Heritage Center in 2016.