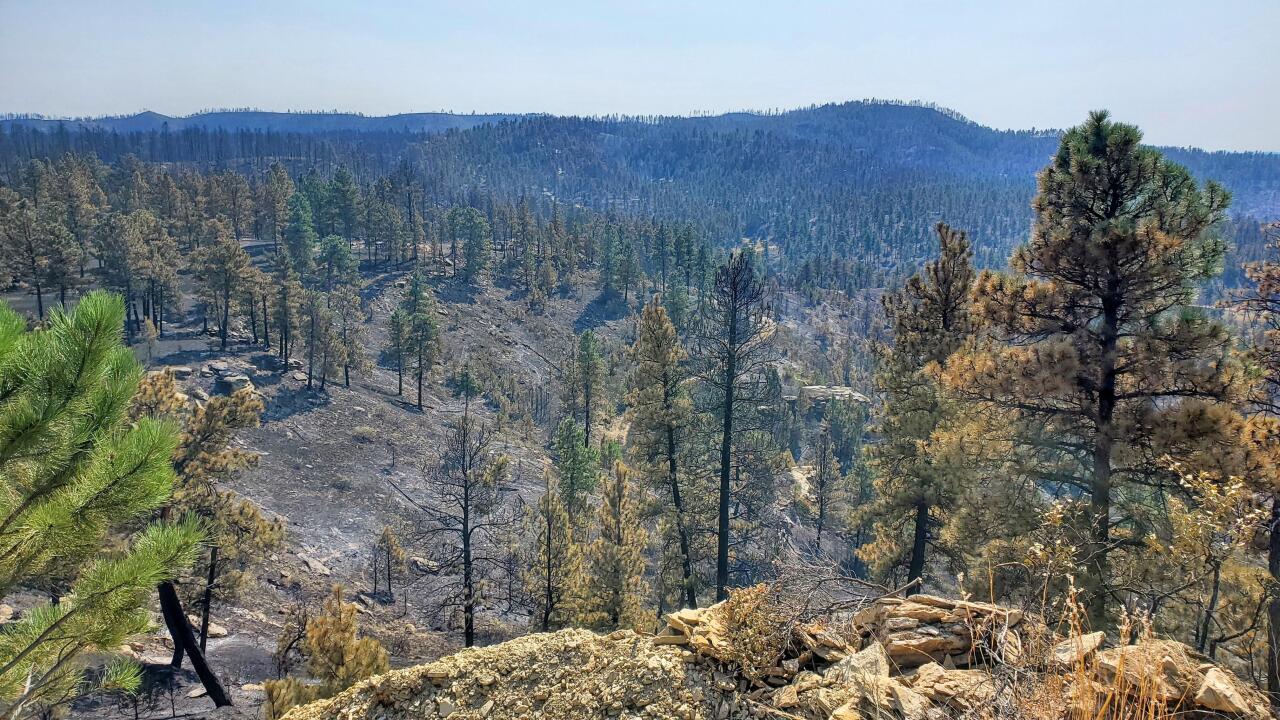 Montana Department of Natural Resources and Conservation
Ponderosa pine trees that were burned by the BobCat fire. Photo taken Sept. 7.

On Saturday, crews covered ground around the fire perimeter and saw minimal smoke or hot spots within 200 feet of the fire's edge, according to a post from Musselshell County Disaster and Emergency Services.

The fire started on Sept. 2 and burned 30,030 acres. At least 10 structures were lost to the flames.

People who have lost structures can obtain a current list of resources available by calling 406-323-2777.

Officials warn of a red flag warning in effect for Monday with high temps in the 90s and winds predicted with 30 mile per hour gusts.

"There is an increased potential for new fire starts and higher risk of fire spread in these conditions. Tuesday through Wednesday could bring an isolated chance of thunderstorms," the fire update reads.

As firefighters work to reach 100 percent containment, they will monitor large fuels like stumps and work them with hand tools to minimize the risk of spread. They will also perform rehabilitation work on the interior of the fire.