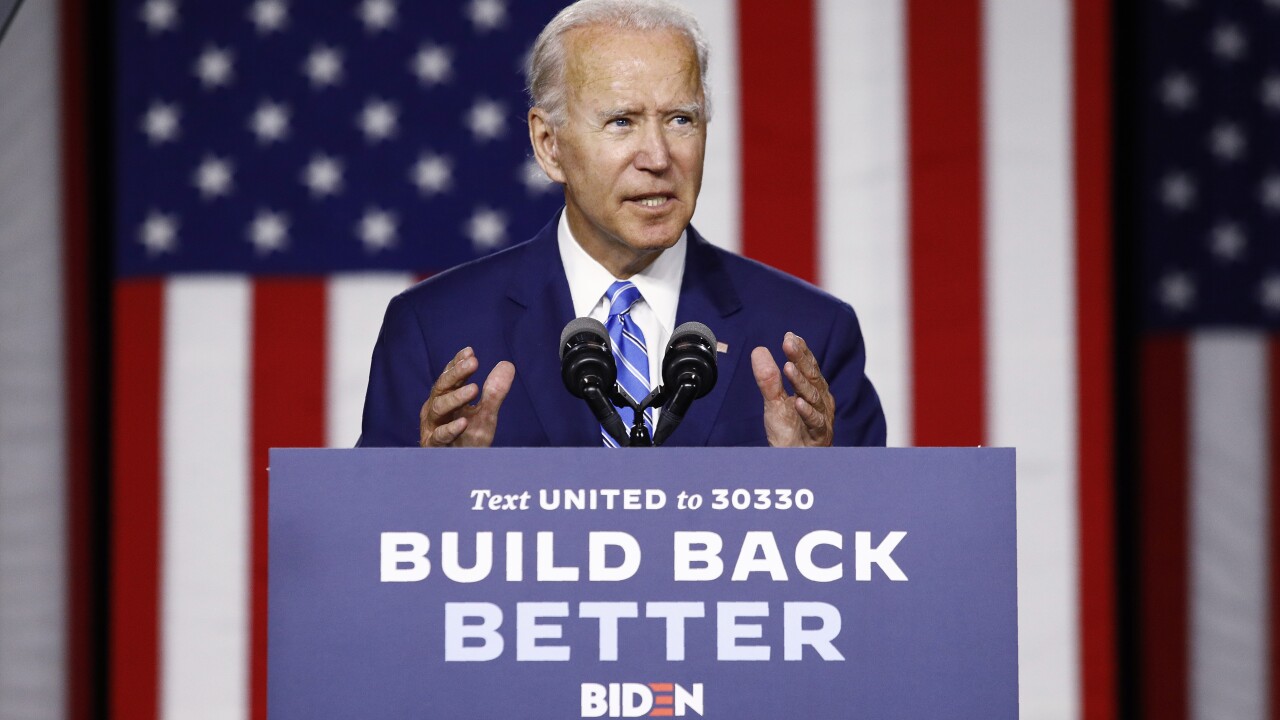 NEW CASTLE, Del. – Joe Biden laid out the third tier of his “Build Back Better” economic policy plan during a speech on Tuesday.

The speech in New Castle, Delaware, focused on the presumptive Democratic nominee’s plan to support working families, childcare and educators.

The plan will create around 3 million new jobs in the caregiving and education industries, and will cost about $775 billion over 10 years, according to the campaign.

Biden says the plan will be paid for by rolling back tax breaks for real estate investors with incomes over $400,000, as well as taking steps to increase tax compliance for high-income earners.

The campaign announced proposals to eliminate the waiting list for home and community care under Medicaid, provide fresh funding to states and groups that explore alternatives to institutional care, and add 150,000 new community health workers.

As for childcare, the former vice president is proposing a bailout for childcare centers, which have been hit hard by the pandemic. He’s also proposing national pre-K for all children ages 3 and 4.

This economic speech is the third of four Biden is giving before the Democratic National Convention is held in Milwaukee in August.