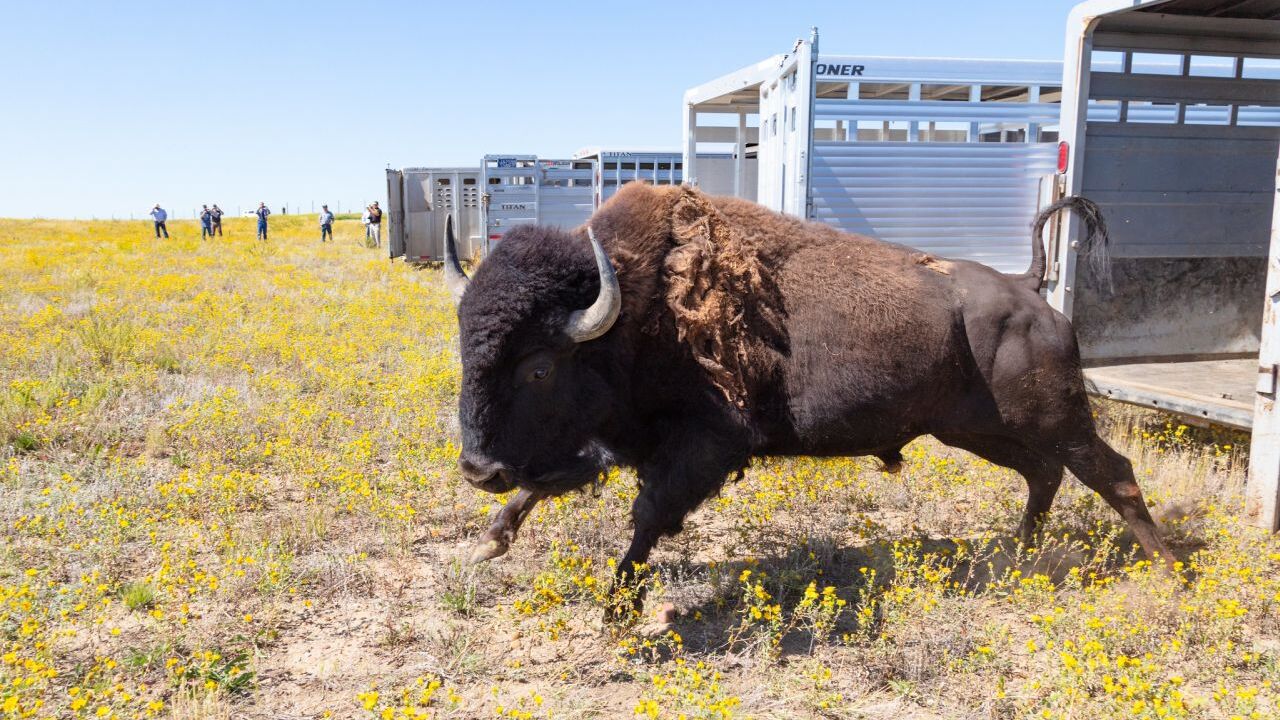 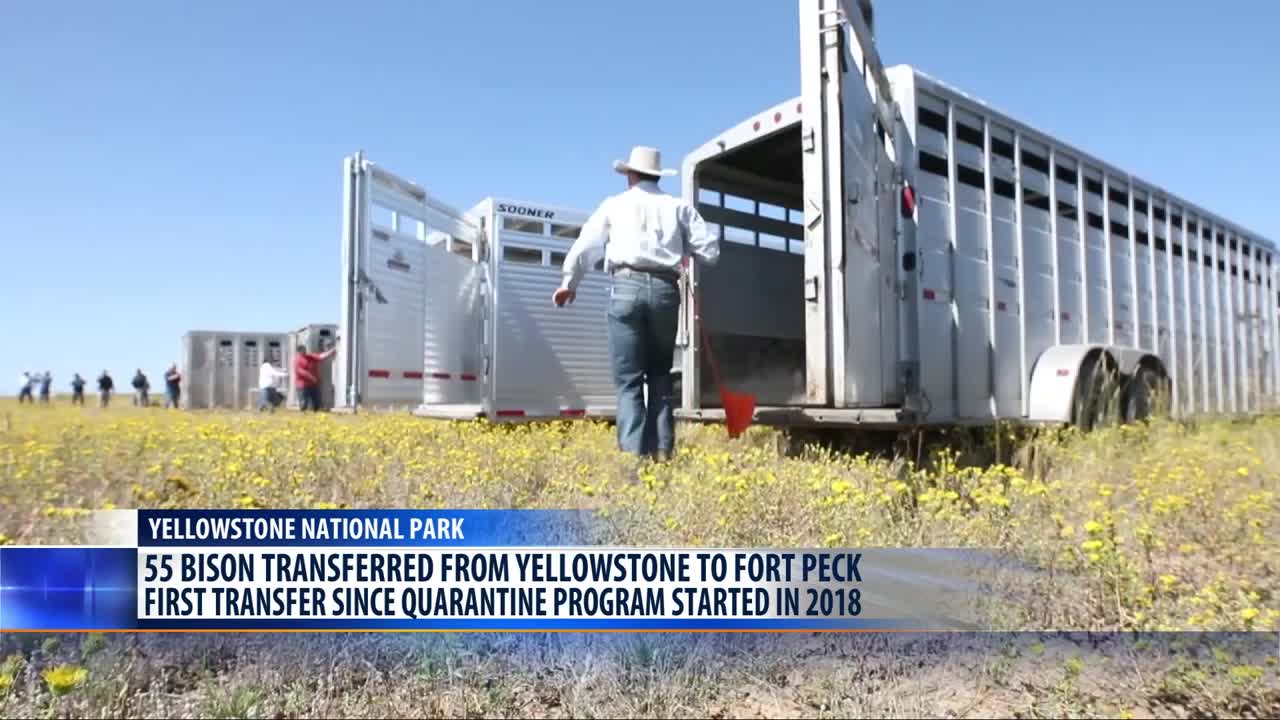 YELLOWSTONE NATIONAL PARK — On Friday, officials at Yellowstone National Park completed the first transfer of bison to the Assiniboine and Sioux Tribes of the Fort Peck Indian Reservation in Poplar in northeastern Montana under the new operational quarantine program.

A press release from Yellowstone says that 55 male bison completed Phases I & II of the brucellosis quarantine protocol at Yellowstone and will finish assurance testing (Phase III) at Fort Peck.

“The transfer of these bison is the culmination of years of work by the NPS (National Park Service), the tribes, the state of Montana, and APHIS (Animal and Plant Health Inspection Service),” said park superintendent Cam Sholly. “Quarantine is a critical component in bison management and the NPS is committed to expand and sustain this program.”

“Yellowstone buffalo are important to tribes because they are the genetically-pure descendants of the buffalo our ancestors lived with,” said Tribal Chairman Floyd Azure. “The return of the buffalo is a return of our culture. Fort Peck is committed to expanding quarantine and sharing these animals with other tribes across the country.”

The press release explained that the purpose of the quarantine program is to augment or establish new conservation and cultural herds of plains bison, enhance cultural and nutritional opportunities for Native Americans, and reduce shipments of Yellowstone bison to slaughter facilities.

Since it is against Montana state law to move wild bison exposed to brucellosis anywhere except to meat processing and research facilities within the state, the quarantine program is critical to getting brucellosis-free animals out of Yellowstone and onto a larger landscape.

The bison that moved this week were captured at Stephens Creek in the northwest corner of Yellowstone National Park in March 2018.

There are currently three males and 21 females still in the quarantine program at Stephens Creek, which were captured at the same time. Since the testing protocol is longer for females, the earliest that this group will complete Phase II is during 2021. The park intends to capture a new cohort of bison this winter to continue the quarantine program.

Quarantine was identified as a possible tactic for bison management back in 2001 when the Interagency Bison Management Plan (IBMP) was signed by the Secretaries of Interior and Agriculture and the Governor of Montana. The National Park Service formally pursued a quarantine program in 2014 by initiating a public planning process. The operational quarantine program was approved in May 2018.

The Animal and Plant Health Inspection Service (APHIS) and the Montana Department of Livestock (DOL) established the final structural specifications and biosecurity requirements for quarantine facilities in June 2017. The only facilities that currently meet those specifications are located at Stephens Creek in Yellowstone National Park, Corwin Springs in Montana, and the Fort Peck Reservation.

APHIS developed the quarantine protocols in October 2003 and validated them during 2005-2010.

· Phase I - Managers capture bison in or near the park during winter. Bison considered suitable for quarantine based on initial negative tests for brucellosis are isolated in double-fenced quarantine pastures and tested every 30-45 days until all bison test negative for two consecutive testing periods.

· Phase II - Bison in these individual test groups undergo brucellosis testing by age and sex requirements described in the 2003 Brucellosis Eradication: Uniform Methods and Rules (APHIS 91–45–013) and are certified as brucellosis-free.

· Phase III - Managers can transfer bison to other fenced pastures. In the new location, brucellosis tests are conducted at six and 12 months to provide additional assurance. Managers keep these bison separate from other animals at least until the 6-month test is completed. Thereafter, managers can release these bison on public or tribal lands for conservation and cultural purposes.