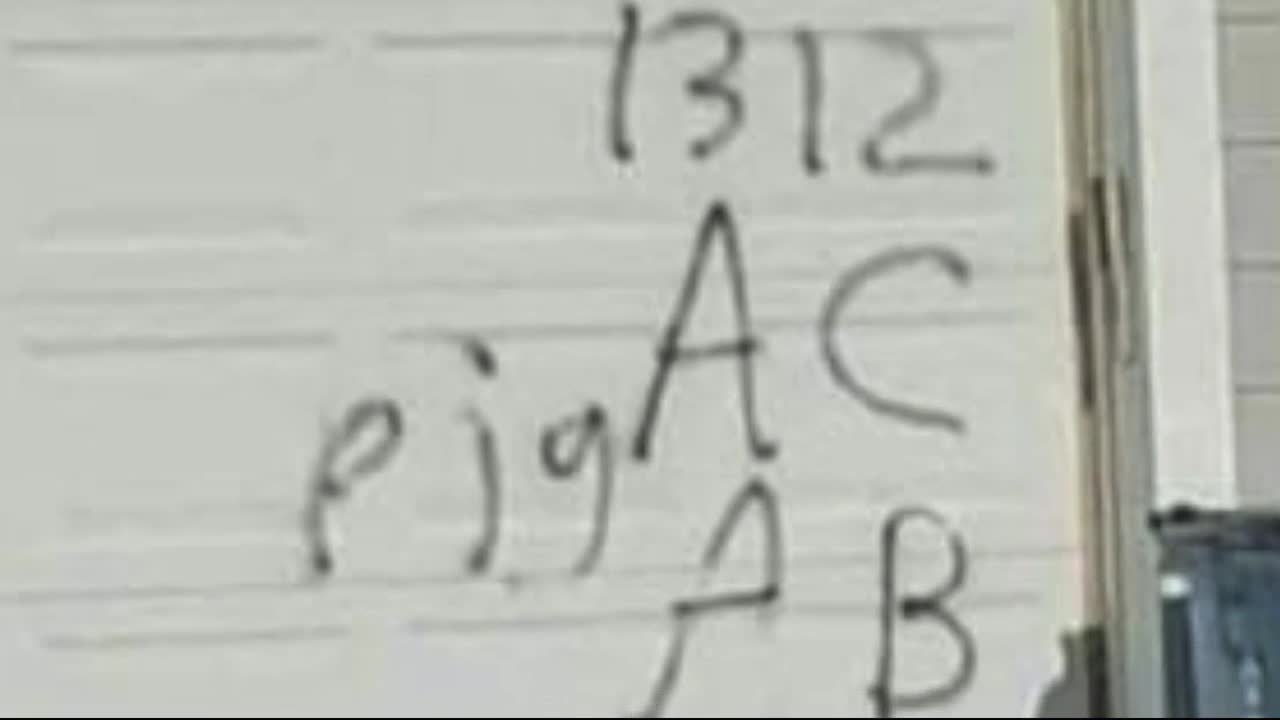 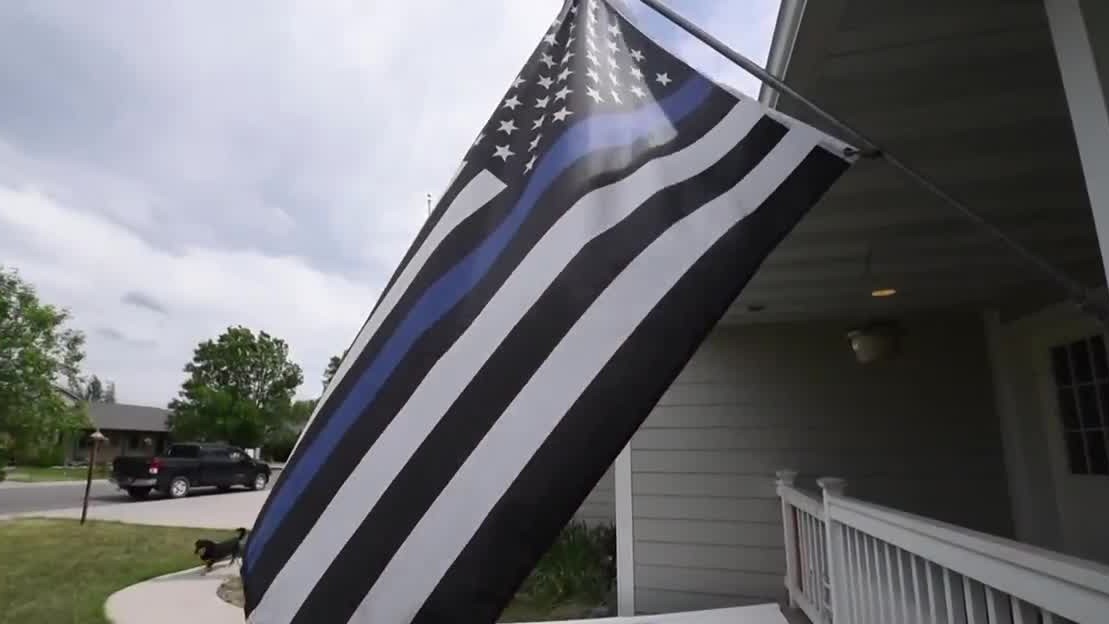 In Gallatin County, investigators have started looking into multiple different cases of vandalism involving the homes of police families.

A series of crimes across Gallatin County that seem to target police — the Gallatin County sheriff says vandals left messages and stole Blue Line flags from the homes of police and their families.

That includes Belgrade, when one couple saw something that disturbed them.

“It’s very disgraceful. We can’t protect our law enforcement,” says a Belgrade homeowner who woke up to find the letters “ACAB,” the word “pig” and the numbers “1312” spray-painted to his garage door.

Painted letters and numbers, making out a negative, obscene message against police.

That’s what Steve and Angie Clay saw as they were out shopping at garage sales.

“We took a picture and I posted my thoughts about it, about how unfortunate it was that vandalism was the way that people wanted to get their message across,” Steve says.

The homeowner, who is not being identified, says he has family who are local police.

He even caught the vandal on his garage surveillance camera, wearing a hoodie in the dark.

As he left, he parted with another message: a middle finger.

“They should keep their distance away from my house,” the homeowner says. “It’s just hard to know about many law enforcement is getting the same thing.”

“There’s no reason for it,” says Sheriff Brian Gootkin. “Like a safe protest from the last two weeks where people can go and vent their emotions and their concerns and do it peacefully, not spray paint somebody’s garage door or steal their flags. I mean it, what does that do?”

Gootkin says it isn’t the first report like this.

The family of Deputy Jake Allmendinger, who lost his life while trying to help a stranded motorist last October, were victims again.

“They’ve had their blue line flag stolen numerous times and then someone left a note at the residence,” Gootkin says. “These family members are going through hell as it is and then you have something like this — that is so selfish and there is no reason for it. That’s frustrating.”

Another occasion where the message is too vulgar for television.

“Something like this is so horrible and despicable but it also rips apart, rips open that scar and that wound,” Gootkin says.

Gootkin says it’s a disturbing problem, one that he feels can be solved differently.

“If you have a problem with us then, I just met with a person last week, face to face, so that we could actually have a discussion and answer their questions and their concerns, be transparent and explain to them what we do and what we do it,” Gootkin says. “That’s productive.”

“My dad was a highway patrolman for 18 years in Wisconsin,” Gootkin says. “I just felt that it was something that needed to be done.”

That’s how Steve Clay responded to seeing the message. With water and paint, they came back and scrubbed it clean.

“Vandalism is not the way to get your message across,” Clay says. “All that does is further divide us as a community and as a country and as a nation.”

“There’s so much more good than there is bad,” Gootkin says. “That’s what I try to let our folks know. Focus on the good.”

That way, Gootkin and the Clays say one can make more of a difference.

“Before you do something like that, call me,” Gootkin says. “Call me and come visit with me and I’ll meet with you face to face and I will give you all of the respect of the world. Everyone that puts this badge and this uniform does it for one reason and -- or should do it for one reason and one reason only. That is to help people.”

Gallatin County sheriff’s deputies are looking into this case -- saying the people responsible could be facing misdemeanor charges like criminal mischief or theft.