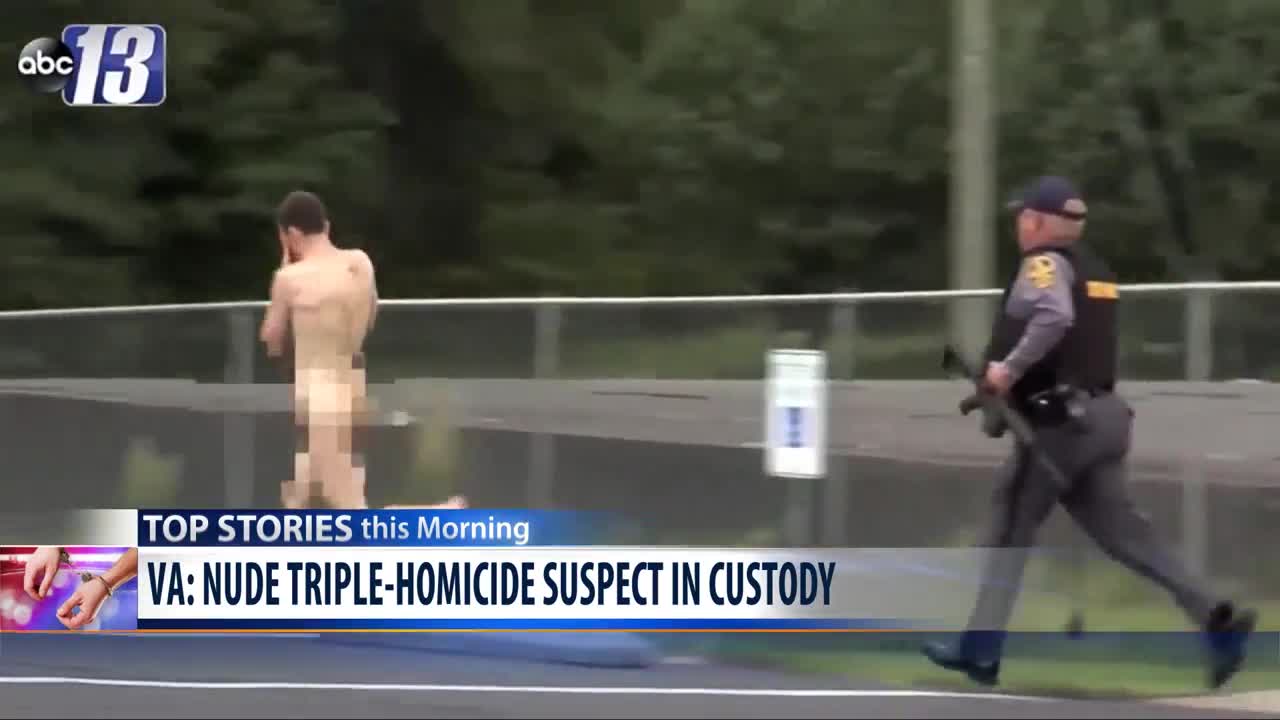 PITTSYLVANIA COUNTY, Va. – Authorities have arrested a man in Virginia who is believed to have murdered three people.

The Pittsylvania County Sheriff’s office says 19-year-old Matthew Bernard is a suspect in the deaths of two females and a child.

The sheriff’s office says the suspect and victims are related.

Mathew Bernard has been charged with three counts of first degree murder. Authorities tried to arrest him on Tuesday when he led them on a foot chase, naked.

In a video released, Bernard can be seen attacking a church groundskeeper standing nearby.

The officer tried stopping Bernard with mace and a stun gun and he was eventually taken into custody.

The murder victims have not yet been identified.

Officials say a neighbor found one woman dead in a driveway and the other two bodies were found inside the home.