Suspect in child rape being held in Yellowstone County jail 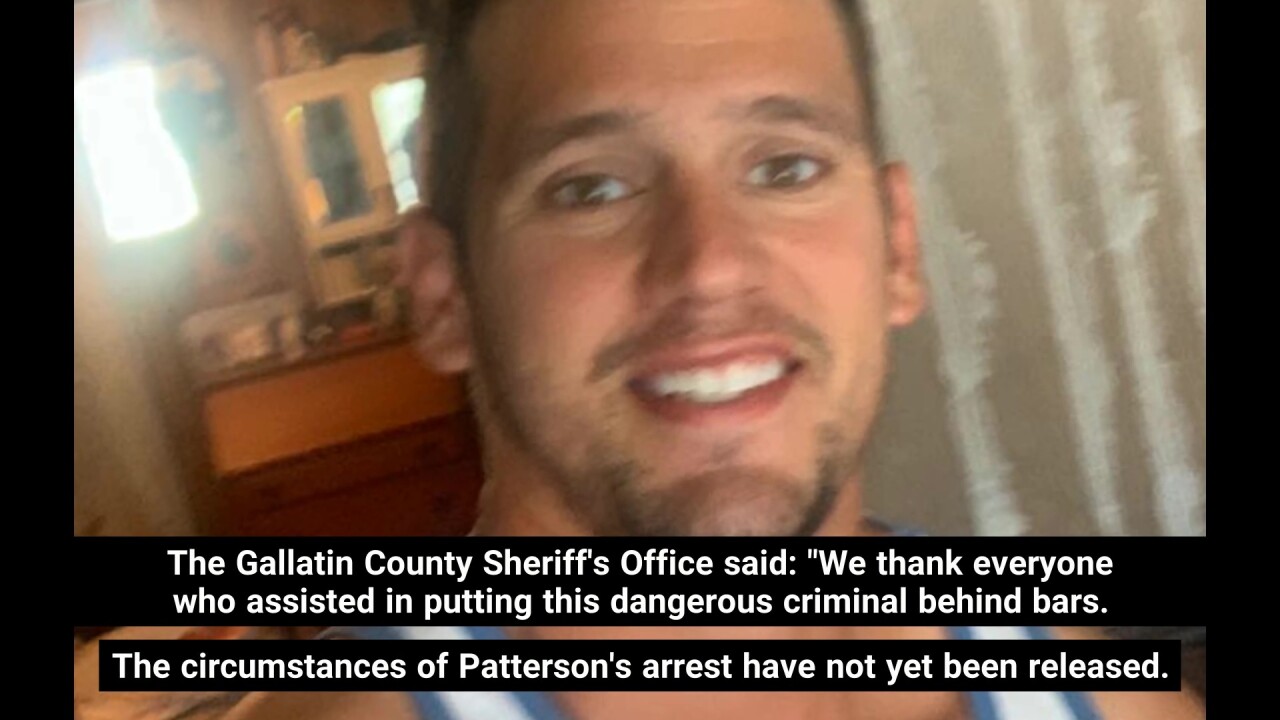 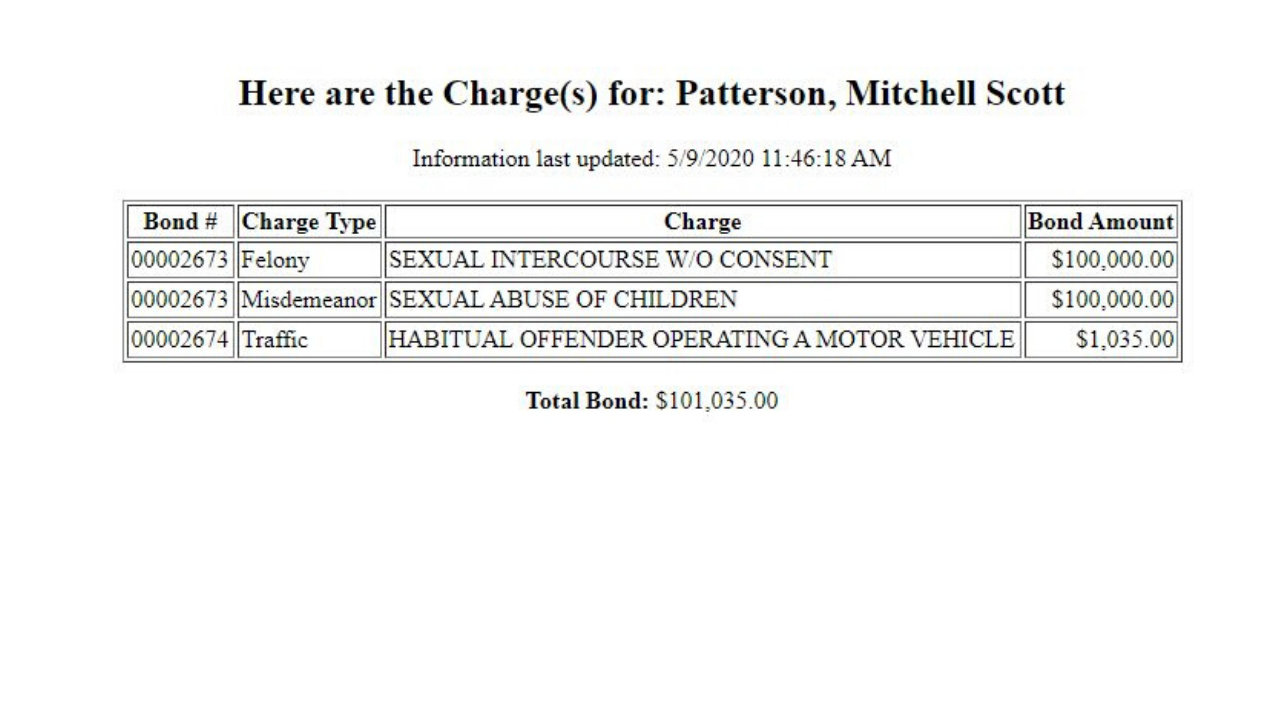 Mitchell Scott Patterson, accused of raping a child, is being held in the Yellowstone County Detention Center.

According to the Yellowstone County Detention Center inmate roster on Saturday, Patterson is being held on pending charges of sexual intercourse without consent (the legal term for rape in Montana); sexual abuse of children; and habitual offender operating a motor vehicle.

On Friday, the Gallatin County Sheriff's Office issued an alert asking people to be on the look out for Patterson, who they say is a suspect in an investigation involving the sexual abuse of a child.

The sheriff's office posted on Facebook that there was a $100,000 warrant for Patterson's arrest for "maintaining an ongoing sexual relationship with a 12-year-old child." The alert said that Patterson may have been driving a 2002 gold Ford Taurus with moderate front-end damage with Montana license plate 222831B.

Patterson reportedly has ties to Great Falls and Bozeman, as well as Colorado Springs, and also Oakes, North Dakota.

The Sheriff's Office said: "We thank everyone who assisted in putting this dangerous criminal behind bars."

No other details of the apprehension have been released at this point; we will update you as we get more information.