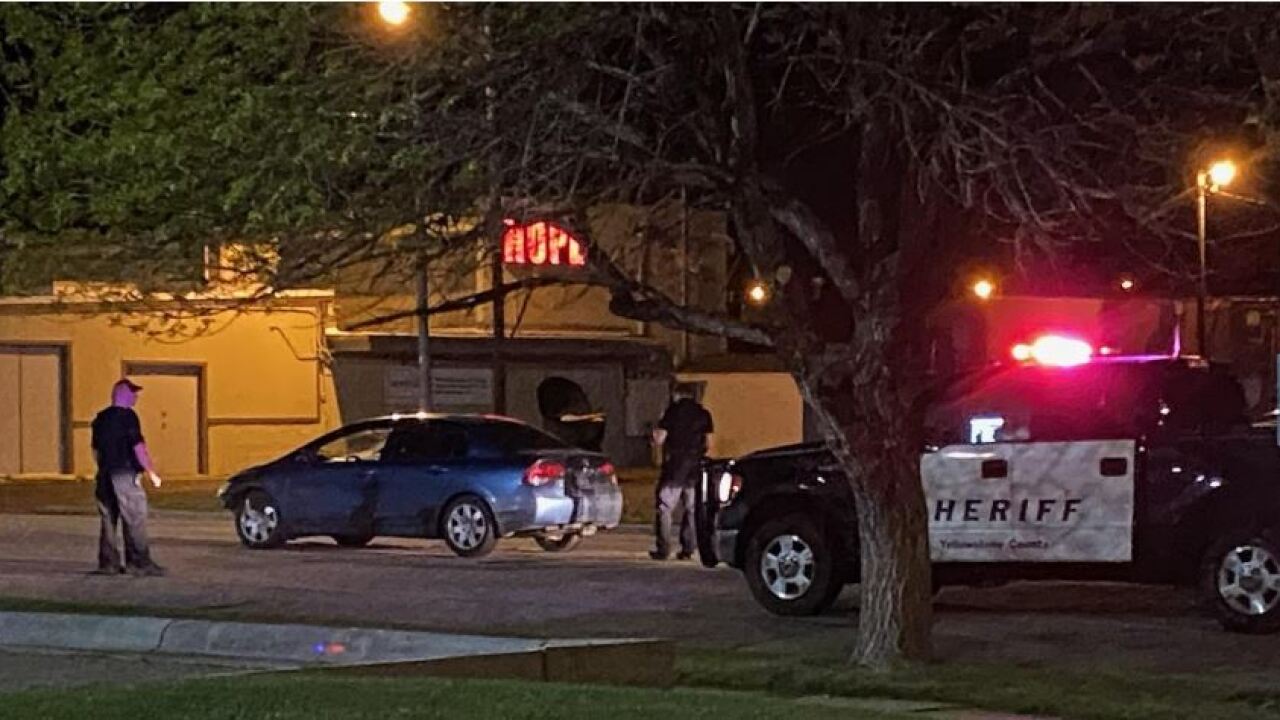 Charlie Rose Bellrock, 18, was booked into Yellowstone County jail on suspicion of driving under the influence and charged with two counts of criminal endangerment, Sheriff Mike Linder said Friday.

The incident began when a deputy tried to stop the vehicle, allegedly driven by Bellrock, near the corner of 11th Avenue North and North 27th Street, Linder said in a news release.

The vehicle drove through an alley and struck the deputy as he was approaching the alley from the other end, according to Linder.

About 20 minutes later, as deputies were investigating the crash, the same car drove by again, and another deputy attempted a traffic stop but stopped when the vehicle fled.

The first deputy saw the vehicle entering an alley near Fourth Avenue South and South 25th Street, tried to stop it and was rammed a second time, according to Linder.

The vehicle fled, tried to cross the median at South 27th Street and Fifth Avenue South and became disabled. The driver fled on foot and was caught.

Two juvenile passengers were taken to a local hospital to be checked out and were later released to family.

The deputy was not injured, and the patrol car remained drivable, Linder said.