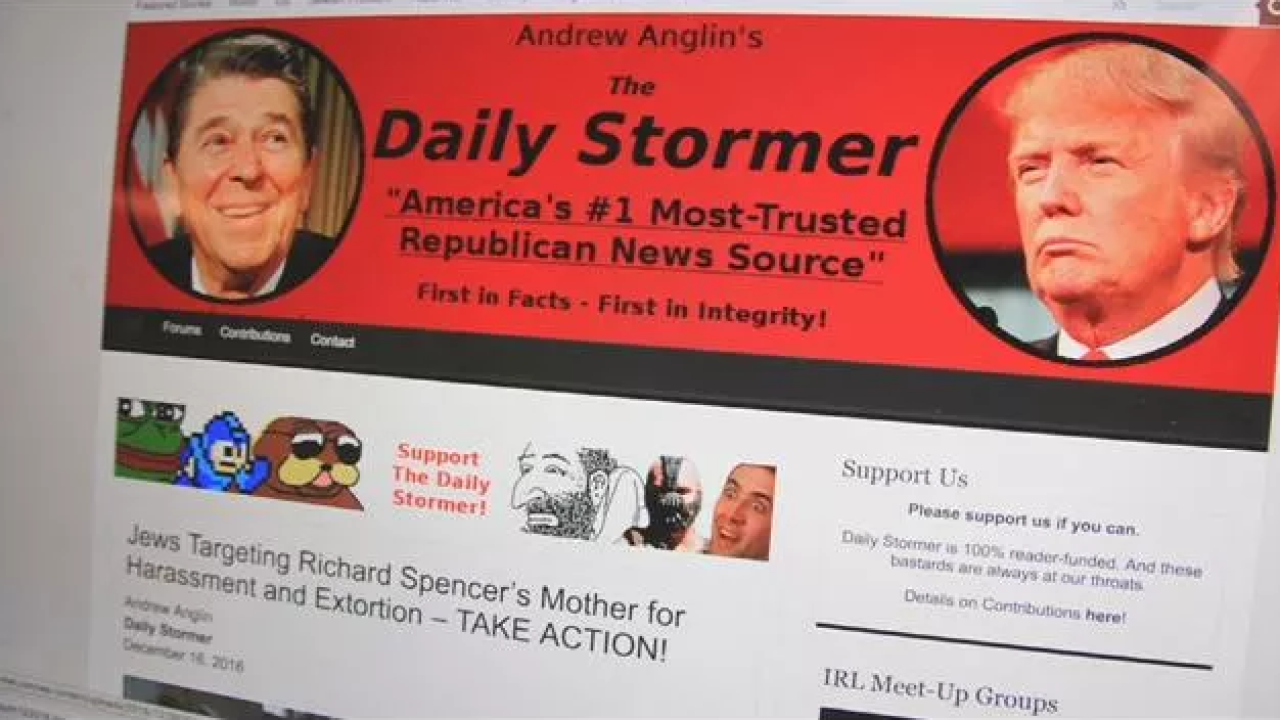 (CNN) -- A federal judge ruled Thursday that Andrew Anglin must pay $14 million in damages to a Jewish woman from Whitefish who was subjected to a troll storm he organized.

Tanya Gersh sued Andrew Anglin in 2017 after she and her family experienced years of harassment and intimidation because Anglin published her name and contact information on his website, the Daily Stormer, and urged readers to contact her.

Gersh was named in a post that criticized her for becoming involved in a dispute with the mother of Richard Spencer, a white nationalist, and condemned her for being Jewish.

Gersh, 46, a realtor and mother of two, got messages that said: "I hope you die," "Kill yourself," and "We will take pleasure in your pain." One voicemail said: "You are surprisingly easy to find on the Internet. And in real life."

The judge also approved a permanent injunction ordering Anglin to "permanently remove from his website the blog posts encouraging his readers to contact Plaintiff Tanya Gersh and Gersh's family, including all photographs and images of the family and comment boards associated therewith..."

The Southern Poverty Law Center brought the case to court on Gersh's behalf.

Gersh called the judge's ruling a "victory against hatred."

"This win isn't just for me, my family and my community; this is a win for everyone who has been harassed, terrorized and bullied," Gersh said in a statement. "Even though I don't like to admit that what he did broke a part of me, I am now a stronger person for it. Don't be afraid to take a stand against hatred and don't let hateful people define who you are. We will not let them win."

Anglin and his lawyer, who no longer represents him, earlier claimed Anglin was no longer a US resident and that his words were protected by the First Amendment.

Anglin did not show up for a deposition in this case, which led to a hearing seeking a default judgment. His whereabouts are currently unknown. He did not respond to CNN e-mail requests for comment about the ruling, or previous requests for comments on the case.

He can only be forced to pay the settlements if he is found in the US.

But that does not appear to be stopping Gersh's lawyers, including David Dinielli, deputy legal director of the SPLC, who said in a statement that they intend to collect the money Gersh is due.

"We will go to the ends of the earth to collect the judgment on behalf of our client, Tanya Gersh, whether it's cash, assets or intellectual property," Dinielli said.

Pressed about whether they intended to go after the Daily Stormer site, Dinielli said: "We will employ various procedures to obtain any assets that can be seized, if Anglin does not pay the full $14 million judgment. And if his monetary and other hard assets are insufficient, we will go after his intangible property. "