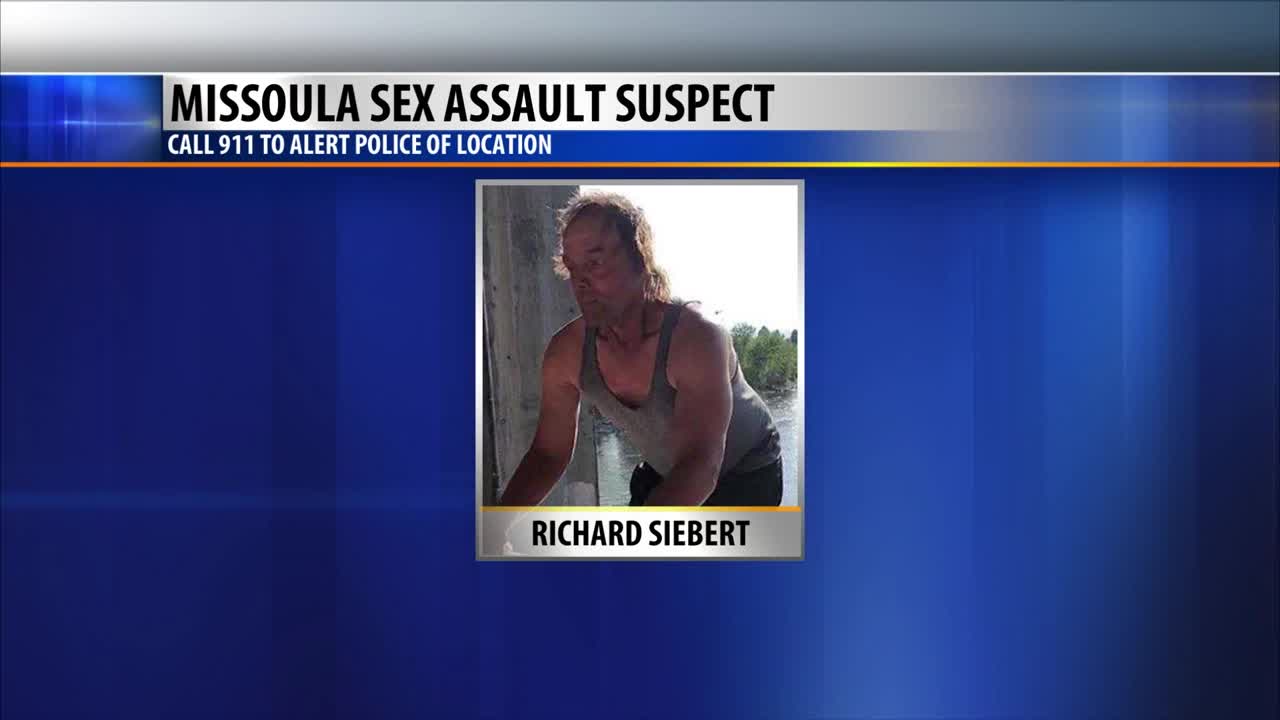 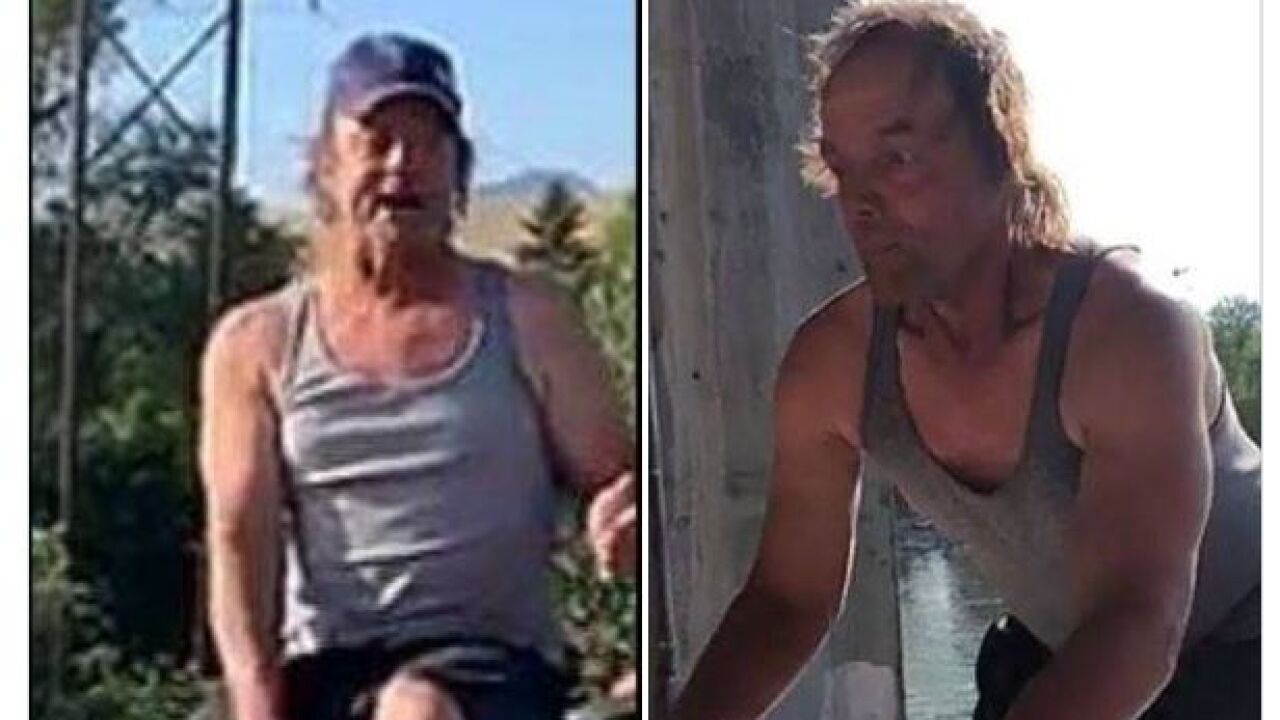 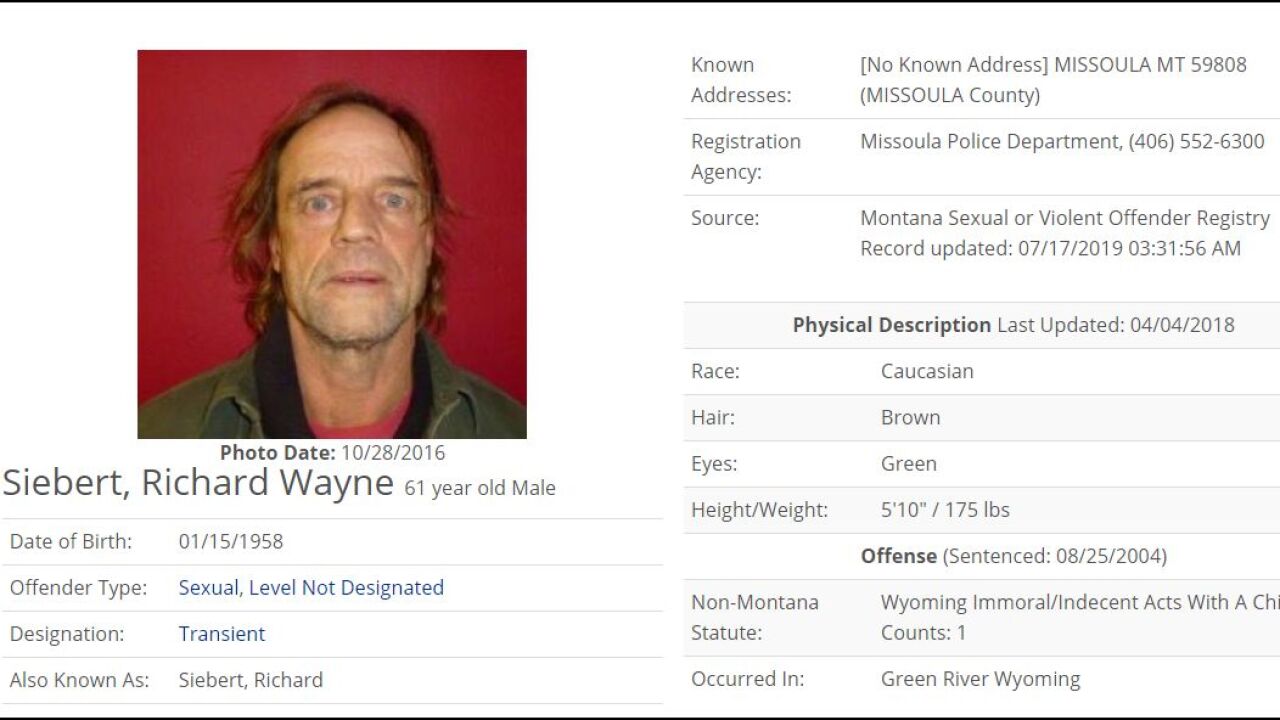 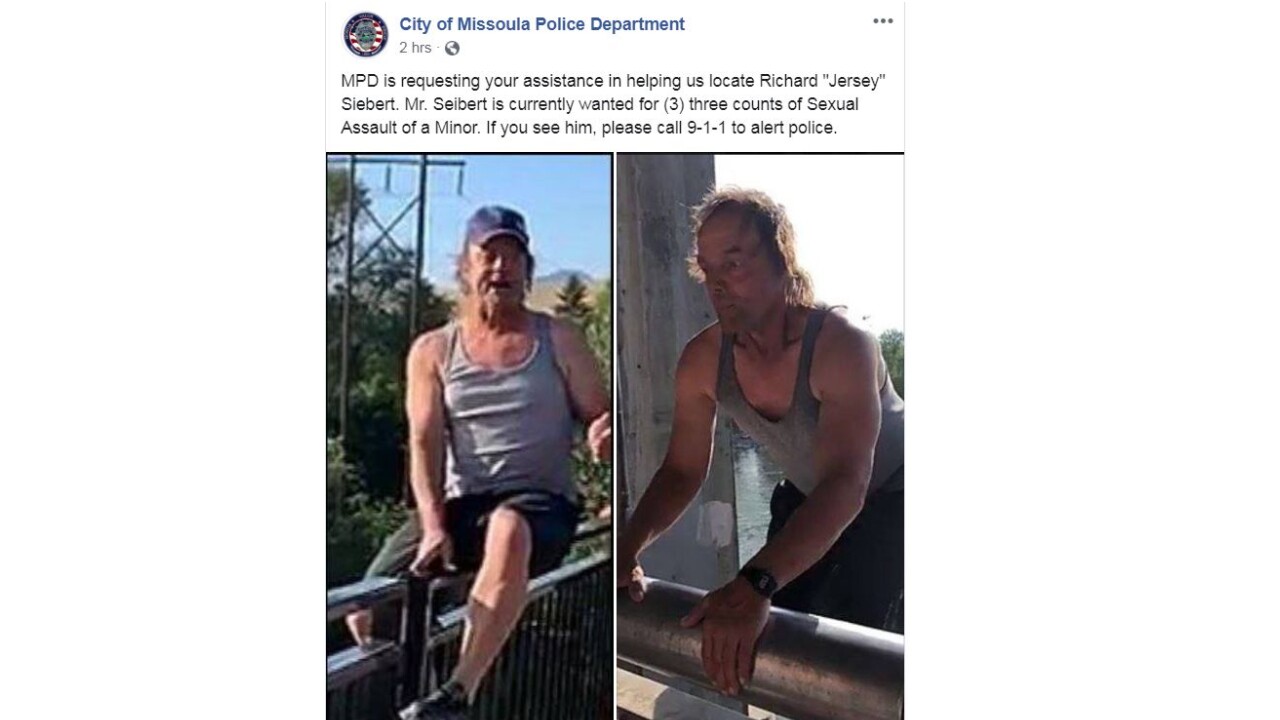 Police in Missoula are asking for the public's help in locating Richard "Jersey" Siebert, who is wanted for sexual assault.

According to a post on the Missoula Police Department Facebook page , Siebert is wanted for three counts of sexual assault of a minor.

Police did not elaborate on the incidents.

We have contacted the MPD for more information, but not yet received a response.

According to the Montana Sexual/Violent Offender Registry , Siebert has a criminal conviction in Wyoming for a charge of immoral/indecent act with a child.