Man charged with kidnapping and burglary in Great Falls 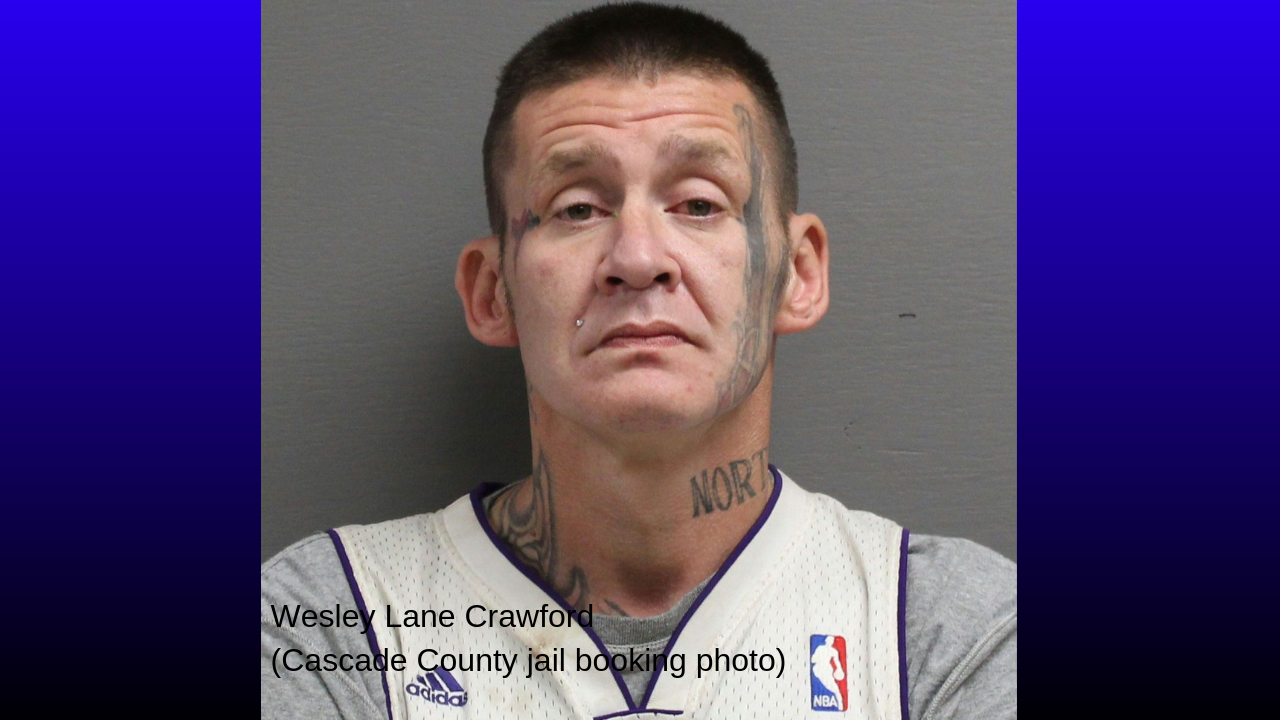 Wesley Lane Crawford has been charged in Great Falls with kidnapping, burglary, and robbery.

Court documents state police officers were called to the Plaza Inn Motel at 1224 10th Avenue South just before 10 p.m. on Tuesday in response to a report of a gun being used to commit a robbery.

One of the two alleged victims told police that he heard a knock on the door of his hotel room and when he looked outside he "heard a commotion" and saw three men wearing hooded sweatshirts. The man told the officer that one of the suspects pointed a pistol at him and said, "Let us in or I'll shoot you!" The victim let the three men in the room and said they took his phone and $20 from his wallet.

When the second victim arrived at the room the robbery was still in progress, according to the court documents, and the second victim recognized one of the suspects as Crawford, who he said used to reside at the motel. He then said that Crawford had known that he just received several thousand dollars from a life insurance policy, and told police that the insurance money was the target of the robbery. He said the suspects stole the money, as well as two computer tablets, and ran away.

Police reviewed surveillance video from the motel and saw the three suspects arrive at the motel about 30 minutes before the robbery, and then leave the area on bicycles a few minutes after the robbery.

According to the Montana Department of Corrections, Crawford has convictions for felony intimidation, criminal endangerment, and criminal possession of dangerous drugs.

Crawford has been charged with three felonies, including aggravated burglary, robbery, and aggravated kidnapping.

Prosecutors requested that bond for Crawford be set at $100,000 due to the violent nature of the crimes, his transient nature, and his felony convictions.

There was no indication that the other two suspects have been identified or apprehended.