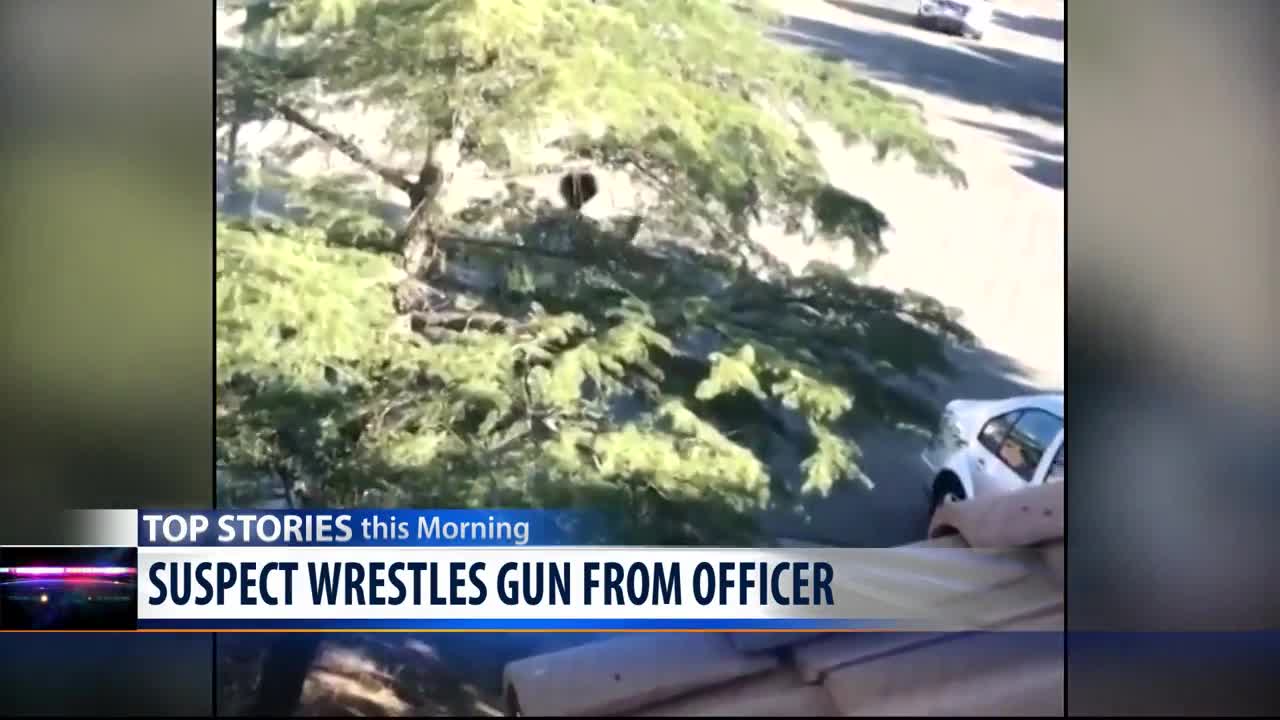 Deputies in Victorville, Calif., shot and wounded a man Wednesday after he was caught on video attacking a deputy, seizing her gun and shooting at her as she retreated. The deputy was not injured by the gunfire.

The deputy had been sent to the house after a woman called for help with her 21-year-old son.

The son, Ari Young, was found by the deputy outside the home and he became combative, striking the deputy and eventually taking her gun and firing it at her.

Moments later other deputies arrive and opened fire at Young after he refused to drop the weapon.