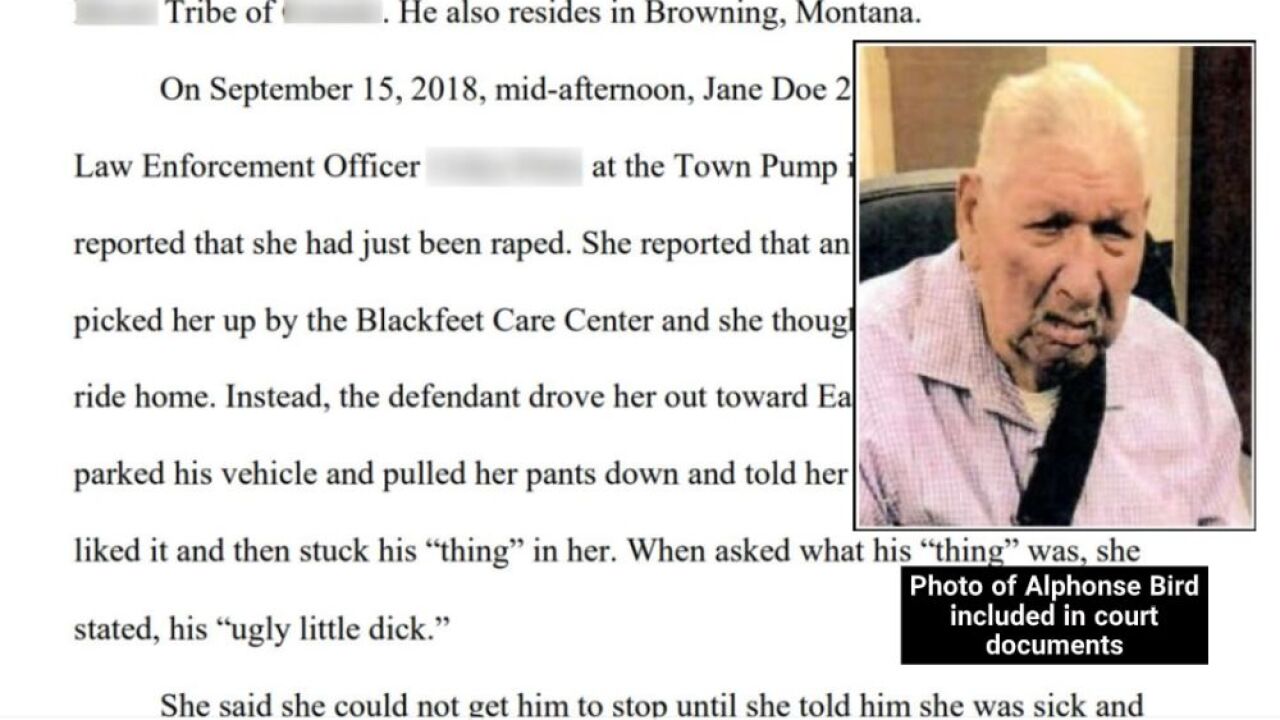 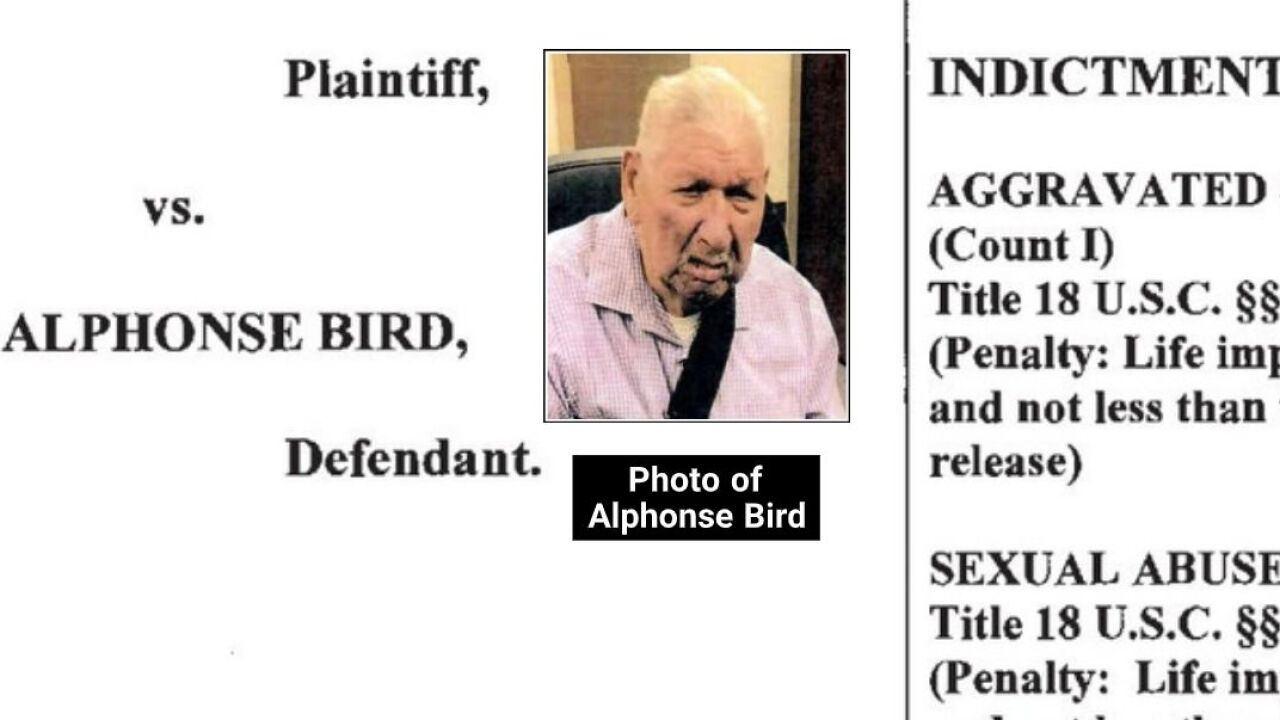 Alphonse Bird of Browning, convicted of raping and sexually abusing two women on the Blackfeet Indian Reservation under the guise of offering each a ride home, was sentenced in federal court in Great Falls on Thursday.

During trial, the prosecution presented evidence that Bird sexually assaulted two women on separate occasions within two months in 2018 on the Blackfeet Indian Reservation. On Sept. 15, 2018, the first victim approached a Blackfeet Law Enforcement officer near the Town Pump in Browning and reported that Bird had just raped her. Bird had picked her up near the Blackfeet Care Center and she thought he was giving her a ride home. Instead, Bird drove toward East Glacier Park, parked the vehicle and raped her. The victim couldn’t get Bird to stop until she got sick. He dropped her off near Advanced Towing and witnesses helped her. The victim promptly reported the assault.

In the second assault, a witness called law enforcement on Nov. 4, 2018 to report an incident she had just observed south of Browning in which a vehicle was parked on the side of the road. The witness pulled up to the passenger side to see if the occupants needed assistance. Bird was in the driver’s seat and the victim was a passenger. The victim attempted to sit up but was unable to do so. Bird drove away. The witness tried to follow but could not keep up and called law enforcement. A law enforcement officer located the vehicle and when she approached, she saw Bird, who had his right arm in a sling and was putting a glove on his left hand. Bird said he was bringing his passenger home and was just turning around.

DNA analysis linked Bird to evidence collected from both of the victims.

Chief U.S. District Judge Brian Morris presided and sentenced Bird to 54 months in prison followed by five years of supervised release. After being sentenced, Bird was taken into custody by the U.S. Marshals Service.

"American Indian women face far too much violence. The violence must stop, and offenders, regardless of their age, will be held accountable," U. S. Attorney Alme said.

Assistant U.S. Attorney Kalah Paisley prosecuted the case, which was investigated by the FBI, the Bureau of Indian Affairs and Blackfeet Law Enforcement.