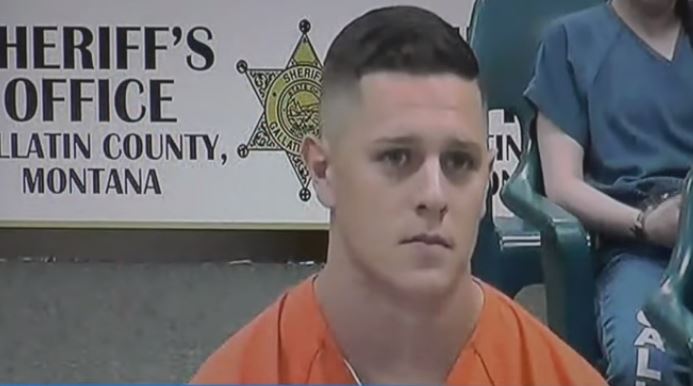 BOZEMAN – A football player for Montana Western was arrested on Friday after investigators say he pointed a realistic-looking BB pistol at a group of teens in a car next to his.

According to court documents, Sentman was riding with two others on Airway Boulevard near Interstate 90 when they pulled up alongside another car.

The teens in that car told investigators that Sentman held out a black handgun and waved it at them.

Sentman eventually admitted to Belgrade police that he pointed the gun at the victims to scare them. Court documents state the BB pistol is a realistic replica that could be mistaken for an actual firearm.

At one point, Sentman was a quarterback for Montana Western.

He is still currently listed on the Bulldogs’ roster as a wide receiver.