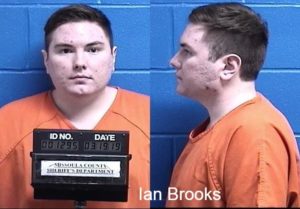 MISSOULA, Mont. – A Bozeman father and son who admitted distributing heroin were sentenced to prison this week.

The pair were stopped in Bozeman on July 16, 2018, after returning from Denver. Law enforcement found three bags of heroin, containing more than 204 grams of heroin, 10 vials with syringes, a bottle of unknown pills and $56,456 in cash. A laboratory analysis determined there also was about two grams of diclazepam, a controlled substance.

According to court documents, the father and son had been under investigation by the Missouri River Drug Task Force, after officers learned they had a number of customers in the Bozeman area and they were planning an out-of-town trip to get more heroin.