GREAT FALLS – Kyla Ashely Valdez of Havre, 19, has been identified as the Hill County woman who died on Friday.

Hill County Sheriff Jamieson Ross said in a press release on Tuesday that deputies were dispatched for a report of a missing woman last Thursday about 15 miles south of Havre on Bullhook Road.

Deputies found Valdez laying in a snow-covered ditch. She was taken to Northern Montana Hospital and then flown to a Great Falls hospital. She died the next morning.

Ross said that based on the investigation Valdez died of exposure after she was intentionally abandoned on the rural road with inadequate clothing for the frigid temperatures.

Her body has been sent to the State Crime Lab for autopsy to determine the cause and manner of death.

Alaynna Gray of Havre, 25, has been charged with negligent homicide and driving under the influence in connection with the woman’s death. 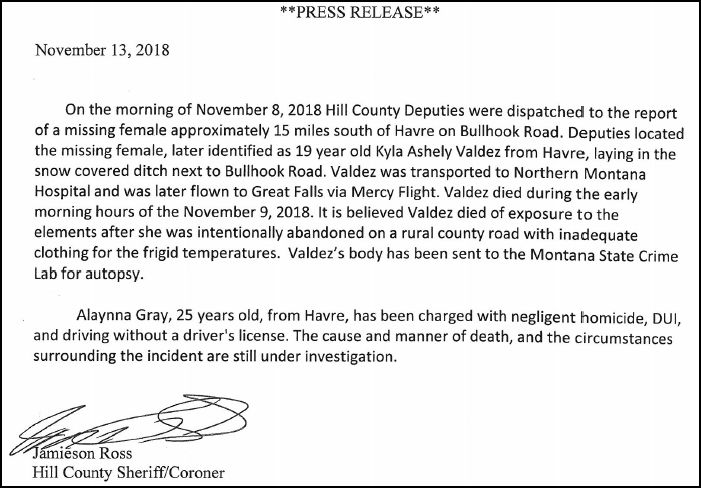