Florida man charged with manslaughter in “stand your ground” shooting

The man accused of fatally shooting a father at a parking lot in Clearwater, Florida, was arrested on manslaughter charges Monday, authorities said. The shooting reignited the debate over Florida’s "stand your ground law" after the local sheriff’s office declined to bring charges in the case last month.

Michael Drejka, 47, was arrested and booked into the Pinellas County Jail, the State Attorney’s office said. His bond has been set at $100,000. Officials said the decision to press charges were consistent under Florida law.

"I support the State Attorney’s decision and will have no further comment as the case continues to work its way through the criminal justice system," Pinellas County Sheriff Bob Gualtieri said in a statement.

Last month, Markeis McGlockton parked in a handicap spot with his girlfriend and three young children before going into a convenience store with his five-year-old son to buy snacks. Outside, Drejka approached McGlockton’s girlfriend, Britany Jacobs. She said Drejka yelled at her for parking in a handicapped spot without a permit. 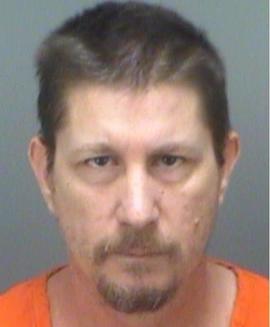 Surveillance footage shows McGlockton walking out of the store and shoving Drejka to the ground. Seconds later, Drejka pulled out his gun and fired a single shot at McGlockton in the chest. He later died at a nearby hospital.

Drejka has a concealed weapons permit and told police he shot McGlockton because he feared for his life. The sheriff’s office declined to pursue charges last month, saying Drejka was protected by the state’s "stand your ground" law, which allows people to use deadly force when fearing "imminent death or great bodily harm" without a duty to try to escape the danger.

Jacobs, however, told CBS News that McGlockton backed away from Drejka after he pushed him. "This is wrong," she said, "because what my man was trying to do was protect his girl like anybody else would."

In the weeks following the shooting, protesters marched throughout the city demanding changes to the law and called on authorities to arrest Drejka, CBS Tampa affiliate WTSP reports.