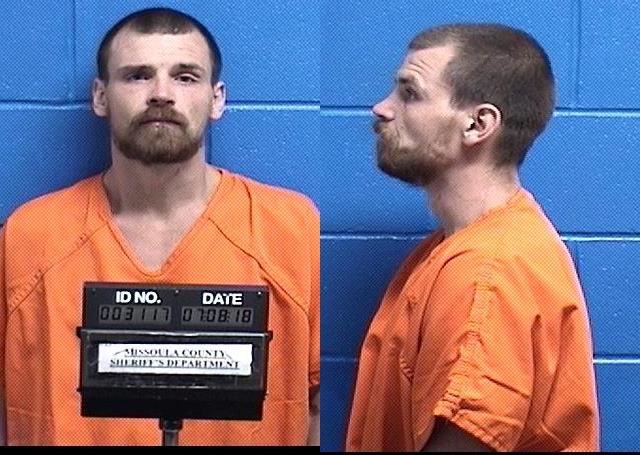 MISSOULA – The man charged with leaving a baby alone in the woods near Lolo Hot Springs over the weekend is not a stranger to law enforcement.

Francis Crowley — who’s been held on a $200,000 bond after appearing in court on Tuesday — has a previous record of arrests in Oregon.

CBS affiliate KOIN-TV reports Crowley – who is is from Portland, Oregon – was arrested in Wasco County in 2013 and 2017. He was also charged with a misdemeanor of fleeing or attempting to elude a police officer in March 2018 in Multnomah County.

Crowley’s arrest record dates back to 2004 and includes several misdemeanor and felony charges in Oregon. He now faces assault on a minor and criminal endangerment charges in Montana.

Crowley is a fugitive from Oregon, according to Dylan Arthur, executive director for the parole board in Oregon. Crowley was under post-prison supervision for several counts of burglary and one count of criminal mischief.

Crowley will be subjected to drug and alcohol testing while remaining in Montana and is to have no contact with the child or the child’s mother if he posts bail in the Missoula County case.

His next court appearance will be on Wednesday, July 25.

The baby, who spent nine hours alone in the woods, is in good condition at a hospital and is now in the custody of the Department of Child and Family Services.

– information from CNN included in this report.

RELATED: Suspect appears in court after baby discovered in woods in western Montana

The deputy who found the baby told his amazing story in the video below:

[youtube https://www.youtube.com/watch?v=l5PHYJnjuaE?rel=0&showinfo=0]
Copyright 2022 Scripps Media, Inc. All rights reserved. This material may not be published, broadcast, rewritten, or redistributed.