ALIQUIPPA, Pa. — It’s been 11 days since a fatal shooting of a teacher in Aliquippa attracted considerable local and national media attention. Investigators remain tight-lipped about any progress they may be making; instead, they continue to zero in on search warrants and cellphone messages.

Sources tell CBS Pittsburgh that police are now looking into the version of events reported by one of the last people to see Rachael DelTondo alive.

Lauren Watkins, 17, was a friend of 33-year-old DelTondo and was with her shortly before she was shot to death in her parents’ driveway on Buchanan Street back on Mother’s Day.

Since then, police have retraced DelTondo’s steps and the movements of several of her friends, including Watkins.

According to sources, police are now examining Watkins’ cellphone.

Watkins told police that she and DelTondo drove around town together the afternoon before the murder, stopping at a Circle K convenience store.

Watkins reportedly told police she later took DelTondo home so she could change clothes. Then, the two picked up their friend, Tyrie Jeter, and traveled to Hank’s Frozen Custard in New Brighton for ice cream.

Sources say Watkins reported dropping DelTondo back at her parents’ home around 10:44 p.m. and reported seeing no one suspicious before she left to drop off Jeter.

At 10:48 p.m., police received a report of shots fired, and responding officers found DelTondo dead in the driveway.

Tyrie Jeter, 26, is the older brother of 20-year-old Sheldon Jeter, who is reported to have had an on-again-off-again romantic relationship with DelTondo since he was 17. Sheldon Jeter is reported to have texted with the group, including DelTondo, his brother and Watkins in the hours before the murder about whether they had gone to the ice cream shop without him. 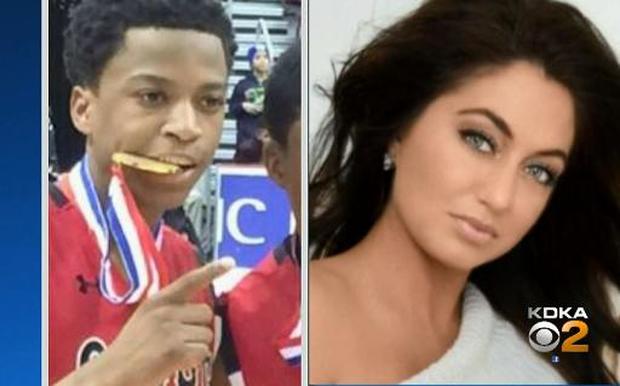 Police have also questioned Sheldon Jeter and seized his cellphone and some of his clothing. His attorney has repeatedly told reporters that Jeter had nothing to do with DelTondo’s murder.

Watkins is the daughter of Aliquippa police officer Kenneth Watkins, who sources say, showed up at the scene the night of the murder and argued with investigators. Since then, he has been put on paid administrative leave.

Police have also executed two new search warrants on the Facebook pages of Lauren Watkins, and her mother, Stephanie Watkins, the wife of Kenneth.

The cellphones of Watkins and the Jeter brothers have been sent to a private lab for analysis.