BARNSTABLE, Mass.  – The man charged with killing a Yarmouth Police officer has an extremely long criminal history and he will be back in court Friday to face a murder charge, CBS Boston reports.

Gannon died. His K9 partner, Nero, was seriously wounded and will have surgery Friday.

Latanowich was arrested after a long standoff with police at the home. He will be arraigned in Barnstable District Court Friday. Yarmouth Police described him back in 2016 as "a notorious and violent criminal with 111 prior criminal charges." 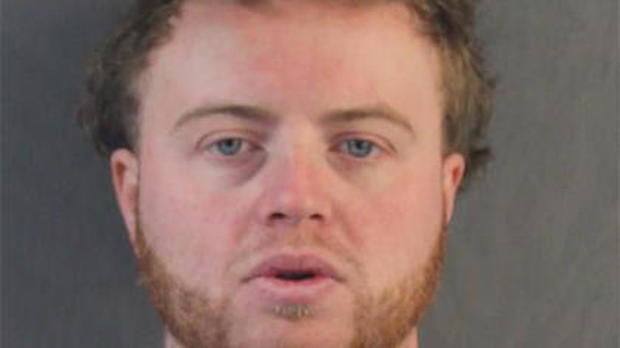 Gannon had been with the Yarmouth Police department for 8 years.

His cruiser is now parked outside the station with black bunting hanging from the side. Flags are also flying at half-staff in his honor.

A long line of police cruisers from across the region lit up the procession route Thursday night as Gannon’s body was brought from Cape Cod Hospital in Hyannis to the medical examiner’s officer in Sandwich.

"Sean Gannon was a man of honor, hard worker and his reputation was absolutely impeccable. The world is a lesser place without him in it," Rep. Tim Whelan, a retired state trooper, told CBS Boston.