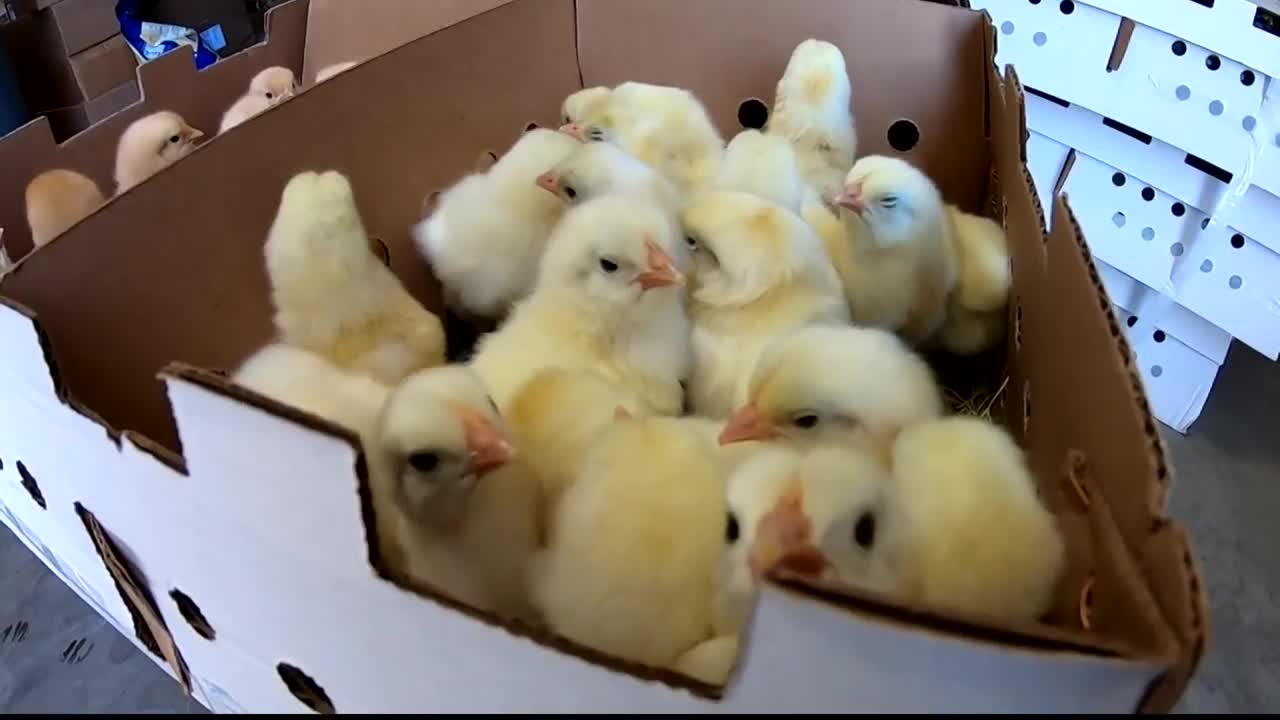 BILLINGS — Increased demand for eggs has made the price for a dozen nearly double at grocery stores across the country and people in Billings have been buying up young chicks in droves to go straight to the source for eggs, said Brian Osborn, Billings Height's Shipton's Big R assistant store manager.

“We’ve been selling them like crazy, this is probably the one year that I’ve seen chickens sell the fastest. As soon as we get them in, they’re disappearing pretty quick," Osborn said.

Osborn has been employed by Shipton's for seven years, five of them as assistant store manager at the Heights store.

The Heights Shipton's has been selling out of its 300 chick stock on a weekly basis, Osborn said.

“We’ve actually bumped up our orders this year a little bit to meet the demand. And it doesn't matter how many more we bump up, we sell them out within four or five days," Osborn said.

Some people are turning to raising chickens for their egg-related needs, Osborn said.

“With the high demand in people wanting to make sure that they’re stockpiled with their groceries, it put a demand on egg sales ... They figure if they raise their own chickens for the eggs, they'll have a stockpile. So they don’t have to worry about going to the store," Osborn said.

All three Shipton's stores in Billings sell chicks. The birds are usually only stocked between the months of February and April. Osborn said the last shipment for the season is scheduled for some time Thursday.

“Our last shipment is coming this week. I believe we will be done selling chickens for the season. We usually start in late February and run through the last week of April on our sales. Unless we get word from our buyers to extend it a little bit. So we’ll see. But initially, our shipments will end this week," Osborn said.

People inexperienced with raising chickens should know it takes about six months for a chick to grow enough to produce eggs. So chickens aren't necessarily a quick fix for a family's egg supply.

But Osborn said chickens are relatively easy to raise.

“It can be time consuming but it’s not that difficult. It’s just like any other animal. You have to take the care and time and effort to put into it so they can produce good eggs," Osborn said.

When the chicks are young, they should be in a pen of some sort with high sides that is away from predators. The chicks like to stay warm, so a heat lamp is recommended along with plenty of food and water.

After about 16 weeks, the chickens will be ready to start living outside. This transition requires the construction of a chicken coup.

"A coup will come in handy when they grow larger so they can nest and lay their eggs. Where as if you are raising meat birds, they have room to move, nest and roost," Osborn said.

For more information about how to raise chickens, The Old Farmer's Almanac has a guide that can be accessed here.

If raising chickens in the Billings city limits, there are some laws to follow.

First, there is a chicken permit application that must be completed along with the payment of a $25 fee. A Billings resident may only have a maximum of six chickens on their property.

Once fully grown, the chickens must have a coup that is hard for predators to access. The coup must be large enough to allow at least two square feet of space per chicken.

Those are only a few of the Billings city laws regarding chickens, to view all 12, visit the city's web site here.