‘Up until two weeks ago, it was working’ 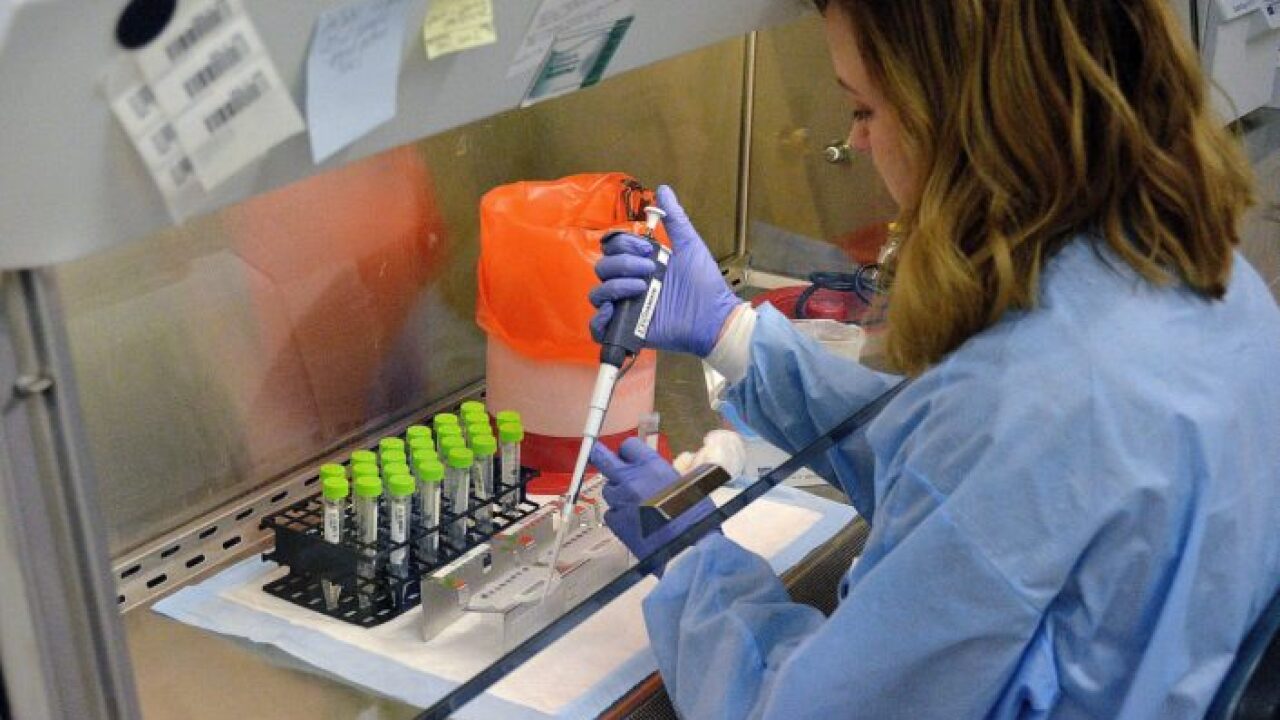 From Libby to Butte to Great Falls to Gardiner, tests of asymptomatic individuals are taking up to two weeks to produce results. That lag time can eliminate the strategic effectiveness of the testing, which is aimed at vulnerable populations like nursing home residents and front-line workers who are likely to be exposed to the virus. By the time the test results come in, many individuals would have cleared a quarantine period anyway, health officials said.

“Up until two weeks ago, it was working,” said Jennifer McCully, public health manager in Lincoln County. “It makes contact tracing kind of impossible and not meaningful because it’s so far gone that once we find out someone is actually positive, it’s too late.”

McCully said Wednesday evening that Lincoln County, which has a cluster of 33 active cases, is currently waiting on more than 900 test results for close contacts, asymptomatic people, “pretty much everything,” she said. The results are for tests conducted as far back as July 6.

In a press conference Wednesday, Gov. Steve Bullock said the delays make surveillance testing “of more limited value to Montanans.” A Quest Diagnostics lab in Denver, which is conducting the majority of the state’s asymptomatic testing, has been overwhelmed by increased testing spurred by outbreaks nationwide, Bullock said. Bullock said Quest originally said it would return tests to Montana within three days, but lately turnaround time has been 10 days to two weeks.

So far, the state has been able to handle tier 1 testing at the state lab in Helena, which is operating seven days a week and can process about 9,000 tests a week, said Jim Murphy, Montana’s chief epidemiologist.

To make matters worse, Quest Diagnostics told the state on Monday it will not be able to process any surveillance testing for two to three weeks, Bullock said. The company will continue to process tests that have already been delivered, and is revamping its operations to become more efficient.

As a result, the state may cancel some of its surveillance testing, Bullock said.

“We are confident we can handle the needs of symptomatic people and their contacts,” Murphy said. “It’s the larger mass screening events right now that we need help with.”

Murphy said the state lab is currently operating at close to maximum capacity, and Bullock said the state is looking at other options to increase test-processing capacity, including facilities in Billings, Bozeman, Missoula and Helena. But for now, the state has been unable to secure enough reagents, the chemicals needed to test swabs, for additional labs, Bullock said.

With surveillance test results taking about two weeks to get back to Montana, Yellowstone National Park has at least temporarily switched to testing through the state of Wyoming, Superintendent Cam Sholly said.

Since reopening in mid-May, Yellowstone National Park has tested more than 1,100 asymptomatic employees for COVID-19, and zero have tested positive. As part of its reopening plan, the park implemented a surveillance testing program aimed at detecting whether COVID-19 was present among employees, particularly entrance gate attendants, first-responders and sanitation staff. The program served as a model for other parks across the National Park System.

Currently, the park has more than 400 tests pending through Park County. Those tests are processed by Quest Diagnostics’ Denver lab, like the rest of Montana’s surveillance testing.

Starting Monday, Park County, Wyoming, which includes Cody, will perform testing of 50 Yellowstone employees each week, including first responders and sanitation staff, Sholly said. Wyoming has said those results can be available within a few days, Sholly said. It is not clear whether the switch is permanent or temporary.

“We will see what happens when Montana gets caught up,” Sholly said.

In late April, Bullock announced an ambitious goal: Montana would ramp up to testing 15,000 people for COVID-19 each week. The program would require a massive scale-up of testing efforts. At that time, six weeks after Montana’s first case of COVID-19, the state had tested only 13,528 people.

On June 30, the state reached that goal through a multifaceted testing strategy. Health officials increased testing of symptomatic people and their close contacts, and also set up surveillance testing designed to serve as an early warning system for community spread. The tests took place in long-term care facilities, at businesses in gateway communities, on reservations, in day-long community-wide events and in congregate settings like prisons. At the time, Montana was one of just four states in the nation performing an adequate level of testing, according to the Harvard Global Health Institute.

Montana has consistently had some of the lowest infection and hospitalization rates of any state, and even zeroed out in new cases in late May.

“The project started with low prevalence areas. It helps identify pockets where the disease is happening,” Yates said.

That information is especially valuable in settings like nursing homes, where early detection can save lives. The Canyon Creek Memory Care facility in Billings, which has been the state’s deadliest cluster, declined to participate in the state’s surveillance testing, according to the Associated Press.

“Once you know the disease is in your community, [asymptomatic surveillance testing is] less warranted,” Yates said. “While we would all like to have the turnaround quicker, we have not identified a great number of people through asymptomatic testing.”

On July 1, almost 700 people were tested at a community-wide event in Big Sky. Organizers at Big Sky Medical Center and Bozeman Health were told they would have results in three to five days. Some of those results are now trickling in, but most of the tests are still pending, according to an emailed update provided Wednesday evening by the organizations.

“Had we known on June 30 that test results would still be pending more than 14 days after the event occurred, we would not have moved forward [with the testing event],” the email said.

While asymptomatic test processing is delayed, most public health officials reported getting results of targeted tests — those aimed at symptomatic individuals or close contacts of positive cases — in a timely manner.

Matt Kelley, public health officer of the Gallatin City-County Health Department, said his department’s focus is on those targeted tests, and that he is generally receiving 24-hour or faster turnaround on priority tests. Gallatin County has 284 active cases and is one of nine Montana communities with community spread.

“We think that’s where we’re going to find the cases,” Kelley said.

“The biggest problem is the number of cases. We have 20 to 30 most week days,” Kelley said Tuesday. On Wednesday, Gallatin had 72 new positive cases. “A lot of the cases we’re getting tend to be younger people who have a lot of close contacts. The number of close contacts are really stretching our capacity.

Trisha Gardner, health officer of the City-County Health Department in Cascade County, agreed. The county has 22 active cases and is monitoring more than 100 close contacts.

In Lincoln County, McCully said she is not receiving symptomatic test results in a timely manner.

Even with the delay in results, testing remains high across the state.

In the past week, Park County has tested almost 1,500 local residents, about 9% of the population. At least three-fourths of the tests have been performed under surveillance testing programs. The vast majority of these results are likely to take at least two weeks to deliver results.

Even after Bullock’s announcement Wednesday, Desnick said the state has encouraged Park County to keep up with its testing, saying it is working to fix the backlog by increasing testing capacity. Desnick said her department is considering returning to a sentinel testing strategy, focusing on people most at risk or most likely to be exposed, rather than community-wide testing.

Drenda Niemann, health officer of Lewis and Clark County, said in an email Tuesday that even with the delayed results, she still sees the value of surveillance testing.

“We maintain that testing to identify the disease early, which allows us to isolate and quarantine, is really the only tool we have to contain COVID-19, even if we have to wait a few extra days to get the results back,” Niemann said.

This story was updated July 16, 2020, to include comments from Yellowstone National Park Superintendent Cam Sholly.

This story is part of continuing Montana Free Press coverage of community responses to COVID-19 supported by the Solutions Journalism Network. Montana Free Press stories are published under a Creative Commons license [creativecommons.org] and thus are free to republish or share under the terms of the license.