Personal parade of friends drove by to say hello 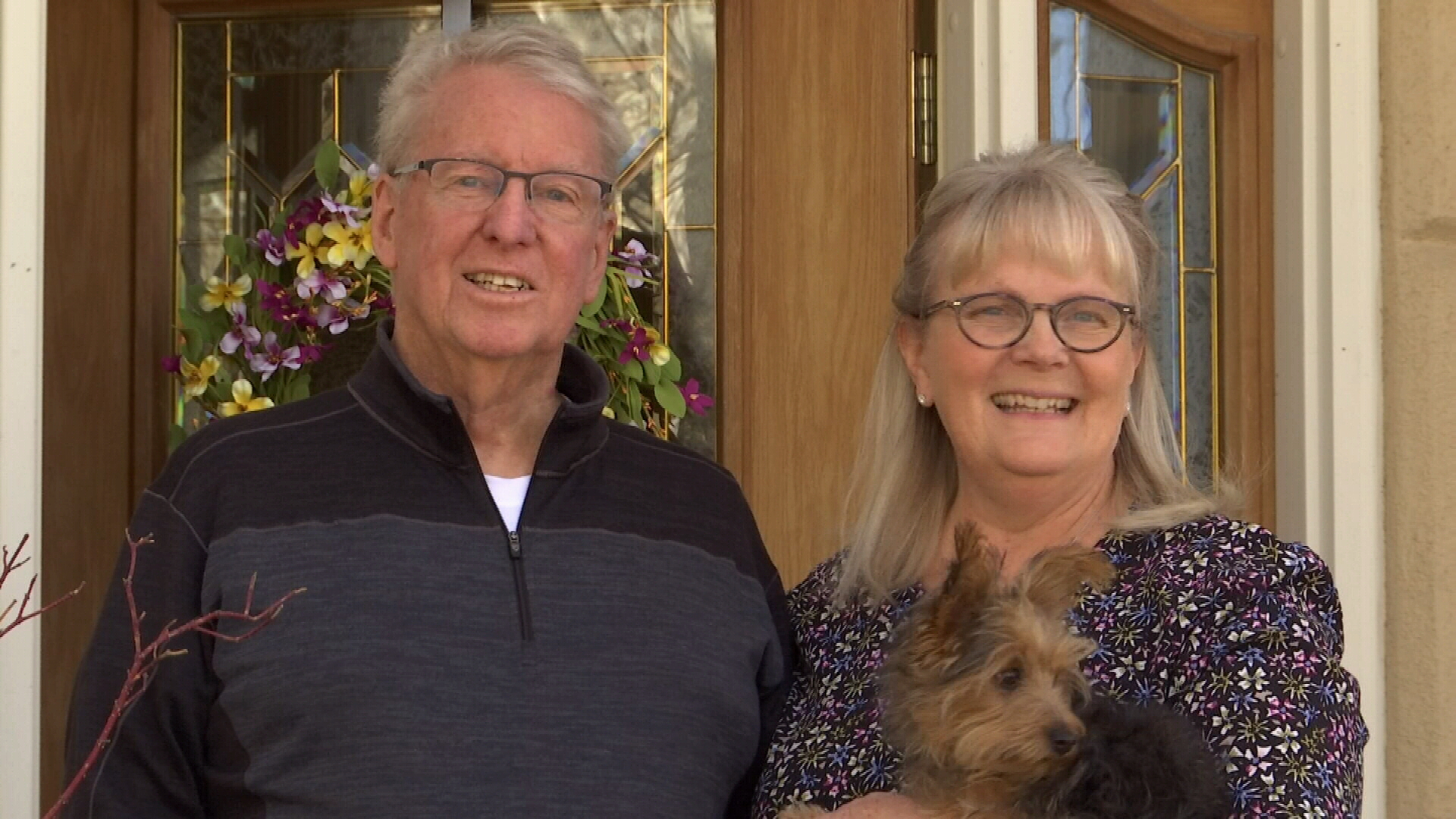 BILLINGS — Retired Billings pediatrician Patrick Sauer and his wife Terry received the welcome surprise of a personal parade Friday to see old friends in a socially distanced way during Patrick’s battle with cancer.

“I think Terry knew about it ahead of time, but it was a complete surprise. We were both so thankful and appreciative. It was just very emotional," Patrick told Q2 over the phone Sunday.

Patrick said he has a kind of cancer called multiple myeloma, which attacks plasma cells in the blood, making it harder to fight off infections. Patrick and Terry have been stuck inside their house for some time to reduce Patrick’s risk of infection from diseases like COVID-19.

On Friday, about 25 cars drove in front of the Sauer's Billings home blaring their horns and carrying hand made signs.

“It was pretty emotional, I can tell you that. It was a complete surprise and we were just so touched by the love. It was just really evident,” Terry said.

Among the familiar faces were former co-workers and patients from the Billings Clinic neonatal intensive care unit, a department the Sauers helped to start.

“When we started the delivery and NICU at the Billings Clinic, basically Terry was the manager and we ran that for eight and a half years by ourselves. Which was both rewarding and tiring," Patrick said.

Patrick was a pediatrician for 43 years at the Billings Clinic and Terry a nurse and nurse manager for 35 years.

Terry said the experience at the Billings Clinic NICU was a true labor of love.

"It was a lot of nights at the hospital. But we totally believed in each other and in what we were doing. So I think that made it a little easier. But we loved it. It was really a wonderful time in our lives," Terry said.

The parade gave the couple a chance to say thank you, after Patrick's retirement three years ago due his cancer diagnosis.

"A lot of people, since I ended my work rather abruptly, really never got the chance to say goodbye to and thank them for all that they have done for us in the long time we worked at the Clinic," Patrick said.

The couple said the parade felt like a big long hug. One that they really needed.

“ “It is really difficult for so many people now who have to be isolated. And when you’re going through a really tough time besides that it’s really, really nice to have a hand on your shoulder or a hug … I think that’s why it meant so much to us, because it’s just like a giant, long, horn-honking, sign making hug. Which we really needed actually,” Terry said.

Patrick and Terry have seven kids and 13 grand kids spread all across the country. The goal for the couple now is to get them all to Montana at some point in the summer.

“Our goal is to get all of our kids and grand kids out here during the summer so we can spend a lot of time together,” Patrick said.

Patrick wanted to send a word of thanks to the Billings community for placing its trust in him and his co-workers for 43 years.

“I guess I would just like to say to the community, the people who put their trust in myself, in our nurses, in our NICU, in my wife. For all those years I've taken care of literally generations of children. It has been my privilege to do that,” Patrick said.

The Sauer family has the support they need in their fight with cancer. Patrick encouraged people who want to help to get out and donate blood.