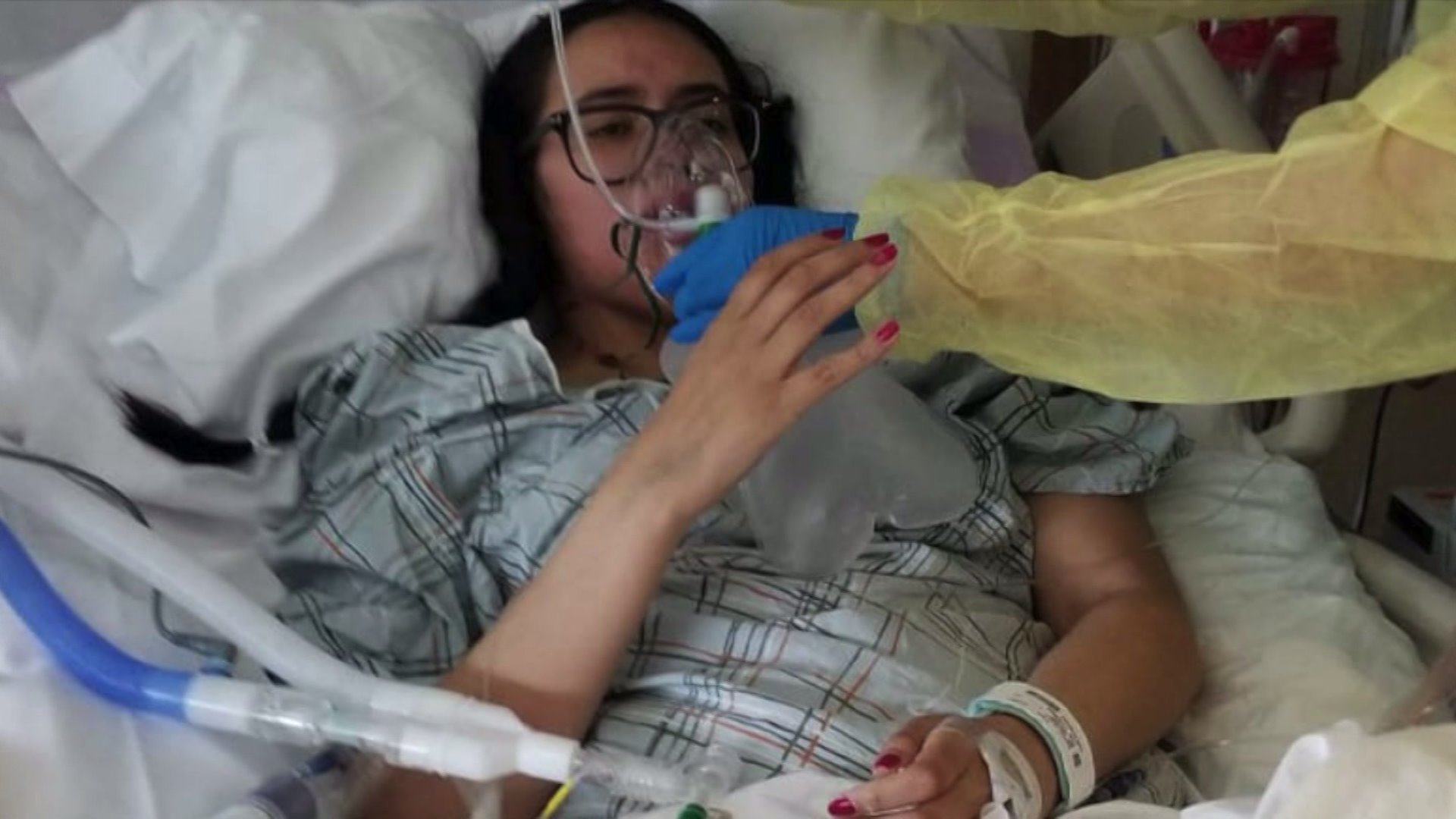 When Karla Duarte arrived home in Queens Village April 19 after three weeks in the hospital fighting COVID-19, the 16 year old was moving slowly with a walker before her grandmother grabbed her and they wept tears of gratitude.

When Karla Duarte arrived home in Queens Village April 19 after three weeks in the hospital fighting COVID-19, the 16 year old was moving slowly with a walker before her grandmother grabbed her and they wept tears of gratitude.

“I’m so proud of you, you made it through, you’re such a strong girl," the grandmother said.

Strong is an understatement, when you consider that Duarte, a high school junior, was at death’s door on April 4.

“I’m still shocked I made it through,” Duarte told PIX11 by Skype Tuesday. “My body and myself went through so much.”

Duarte’s coronavirus symptoms started with an ear itch in late March. Within a week, she had developed a dry cough and a high fever.

Duarte received experimental IV medications and, very soon, the teen needed a ventilator to breathe. She remembered what the doctor told her to do, as she was sedated.

While the teenager was in a medically induced coma, the ventilator wasn’t doing enough to assist her lungs.

“It was either try ECMO or she risked not surviving."

The doctor explained that ECMO “is an artificial machine that replaces the function of the lungs.” Its formal name is Extracorporeal Membrane Oxygenation device.

It’s been used to help children and other adults with other respiratory problems.

Dr. Schneider has never used it to assist a critically ill pediatric patient with COVID-19.

Duarte's mother stayed full time in her daughter’s hospital room and sent messages to her husband, older daughter and parents. They're a tight-knit family from El Salvador, all living near each other in Queens Village.

A nurse told Ana Tejada, Duarte’s mother, she would need to sign a consent form for ECMO.

“Deep inside of me, my heart was broken,” Tejada recalled. “My mind was saying, ‘My goodness, I’m going to lose my child.’”

Dr. Schneider explained that a tube was placed in a large artery in Duarte’s groin area. Blood was then moved to the ECMO machine.

“What it is doing is adding oxygen to the blood and removing carbon dioxide, doing the function of the lungs," Dr. Schneider said.

Another tube then brought the fresh blood, infused with oxygen, to the jugular vein in the teen’s neck.

Within seven days, the machine had turned the teen’s condition around.

“She probably would have died without ECMO,” Dr. Schneider said.

Several days after the teen was removed from ECMO, she was off the ventilator.

Duarte saw her mother in the room, where she had been the entire time.

“I said, ‘God is good. God has made his miracle,’” Tejada recalled.

When Duarte was discharged on Sunday, April 19 – three weeks after she arrived at the hospital — staff came in on their days off to send her home.

“It had been such a heroic team effort,” he said.

Just over two weeks later, Duarte is still trying to regain her muscle strength after being sedated into medical paralysis while she was on the ventilator and ECMO.

She is looking forward to spending spring and summer in her backyard, getting her energy back and preparing for senior year at John Bowne High School in Flushing.

She wanted to thank the hospital staff at Cohen Children’s Medical Center again.

“I absolutely love all of them,” she told PIX11, “the whole medical staff at Cohen. They saved my life. They are my second family. They’re the reason why I’m here.”

This article was written by Mary Murphy for WPIX.