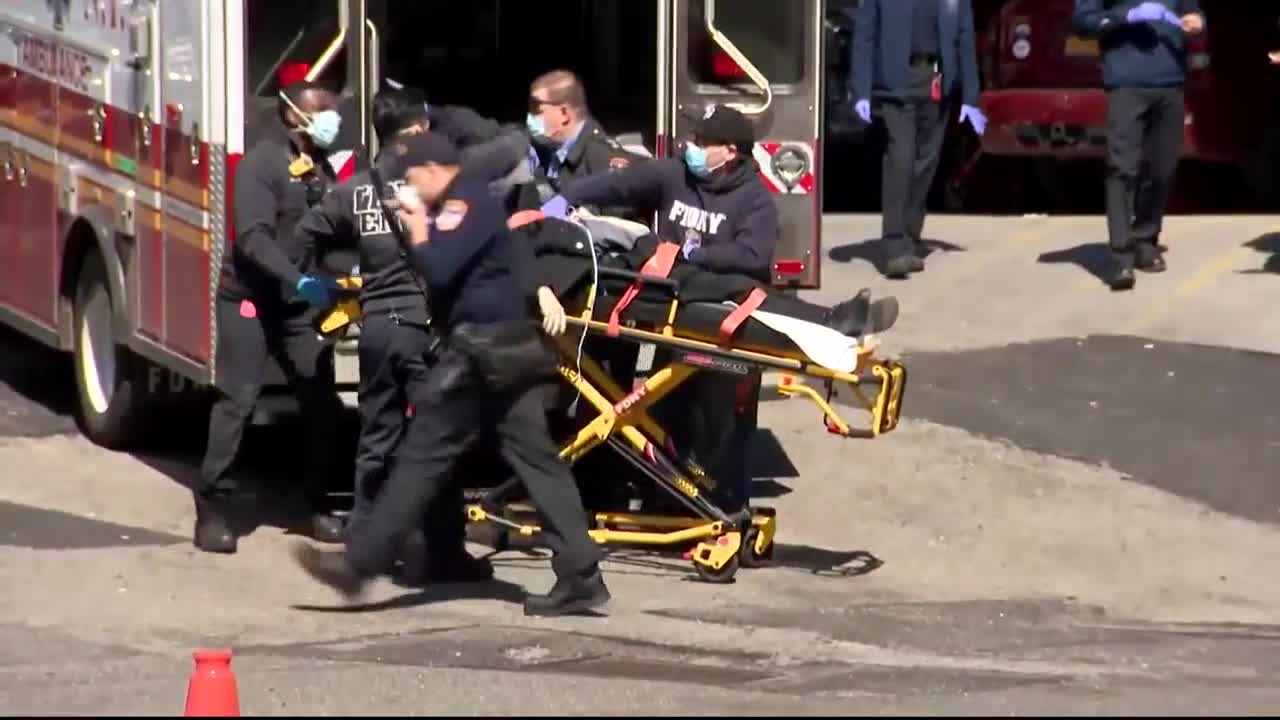 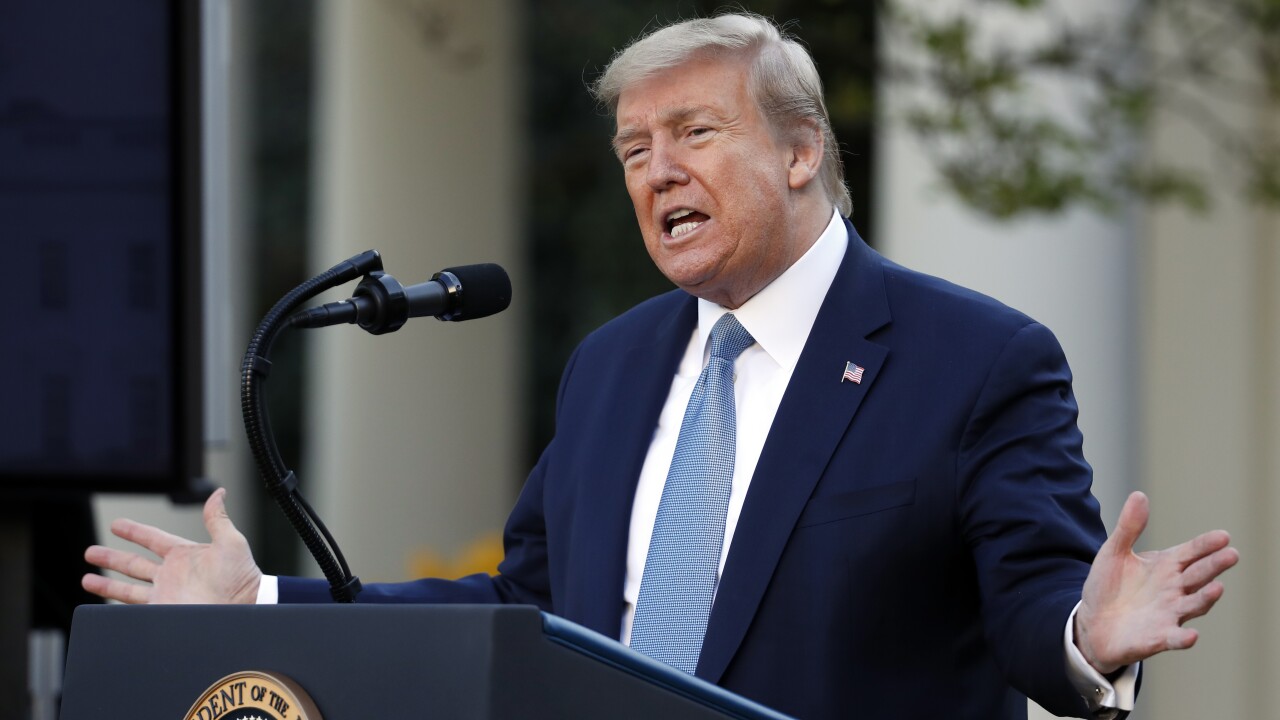 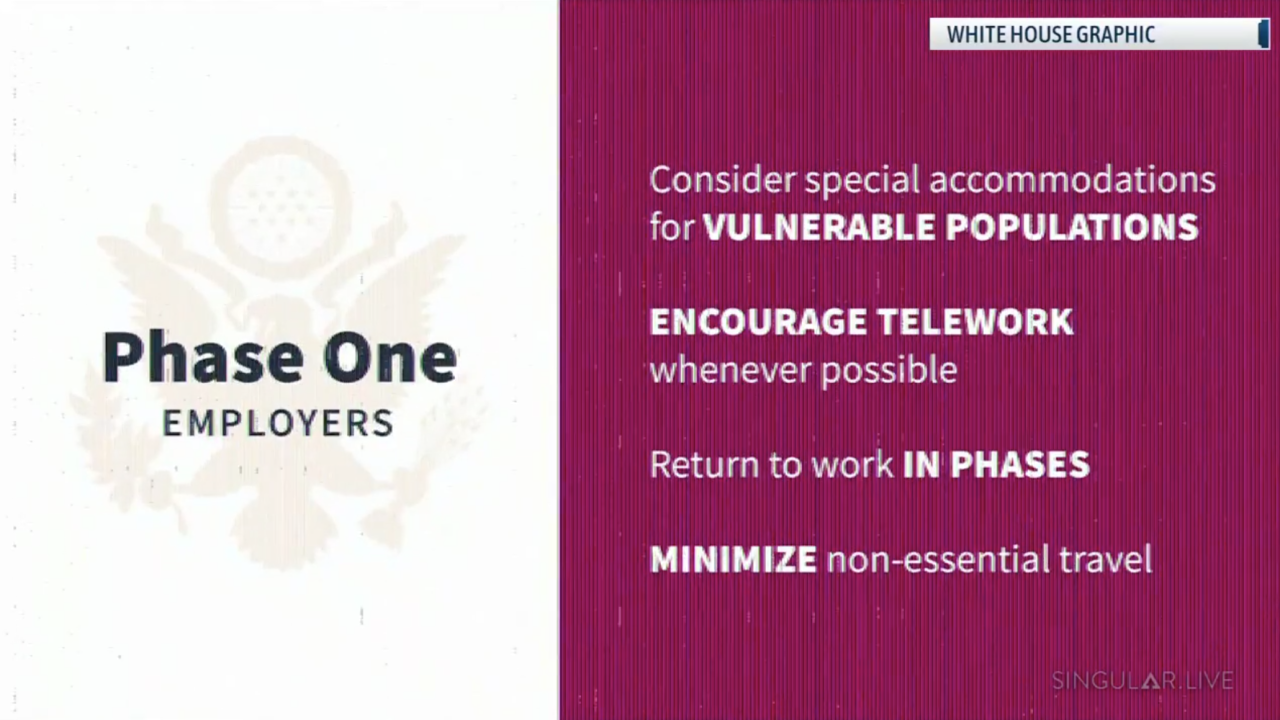 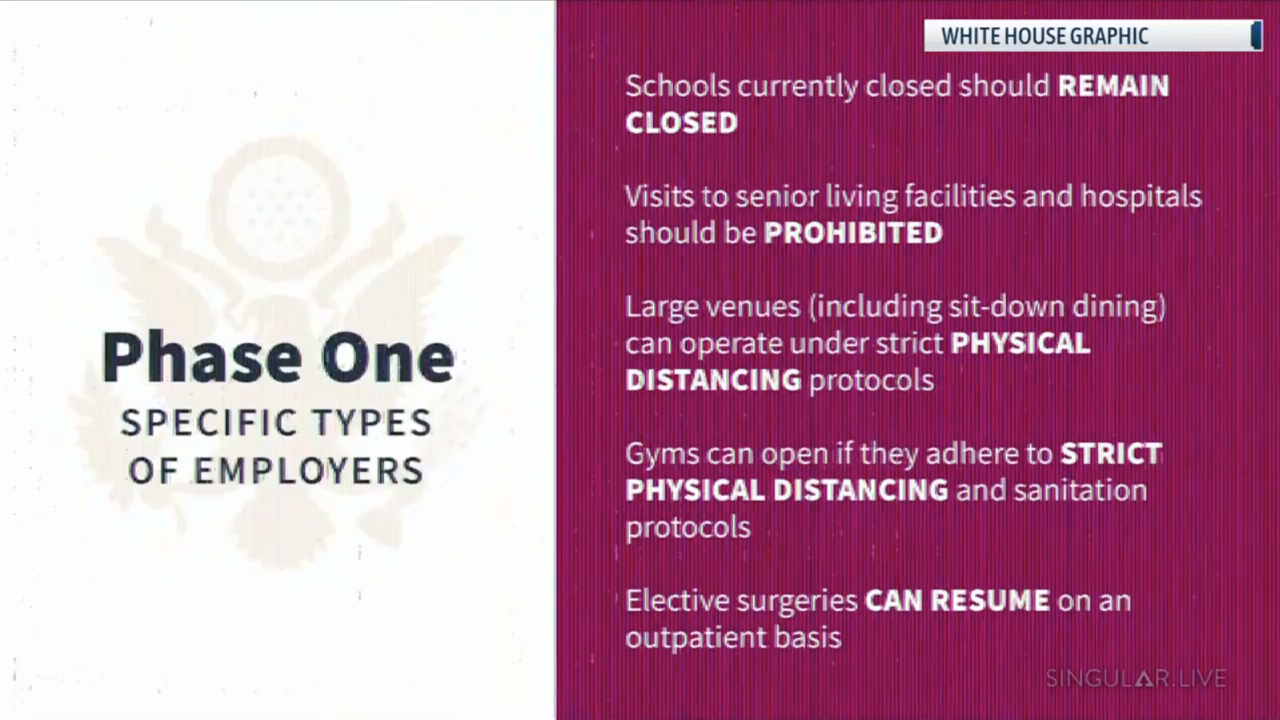 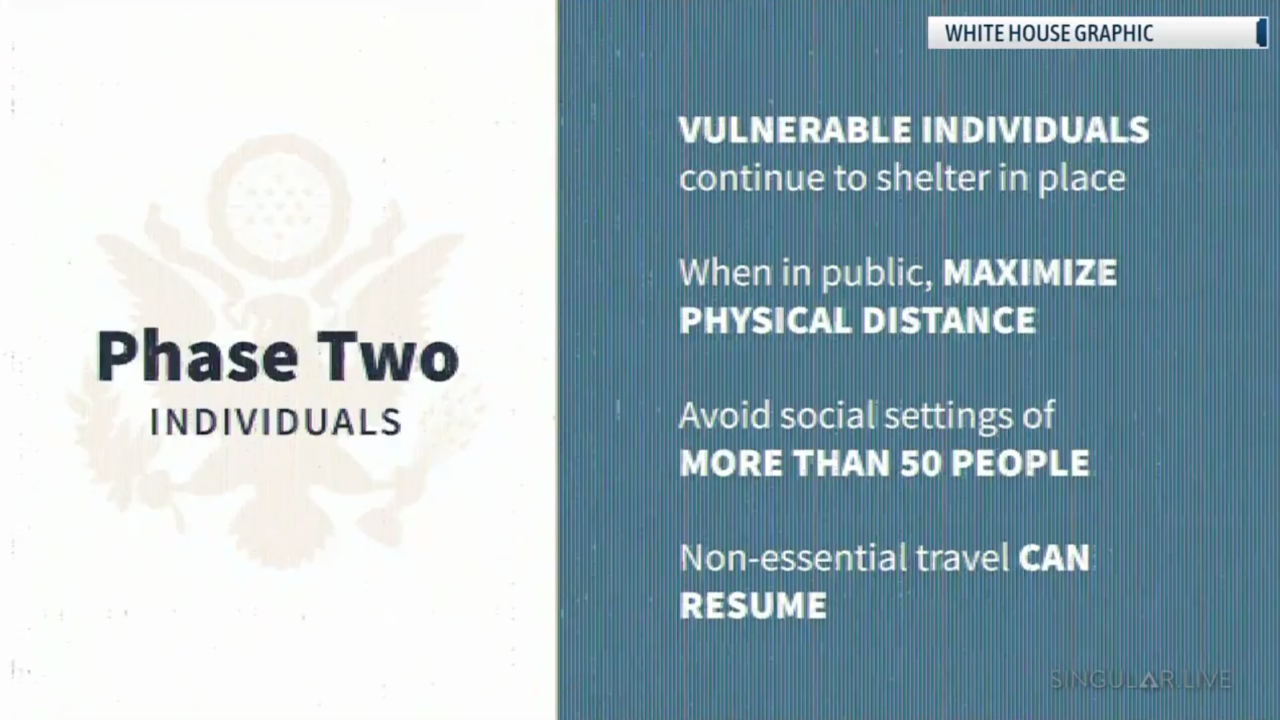 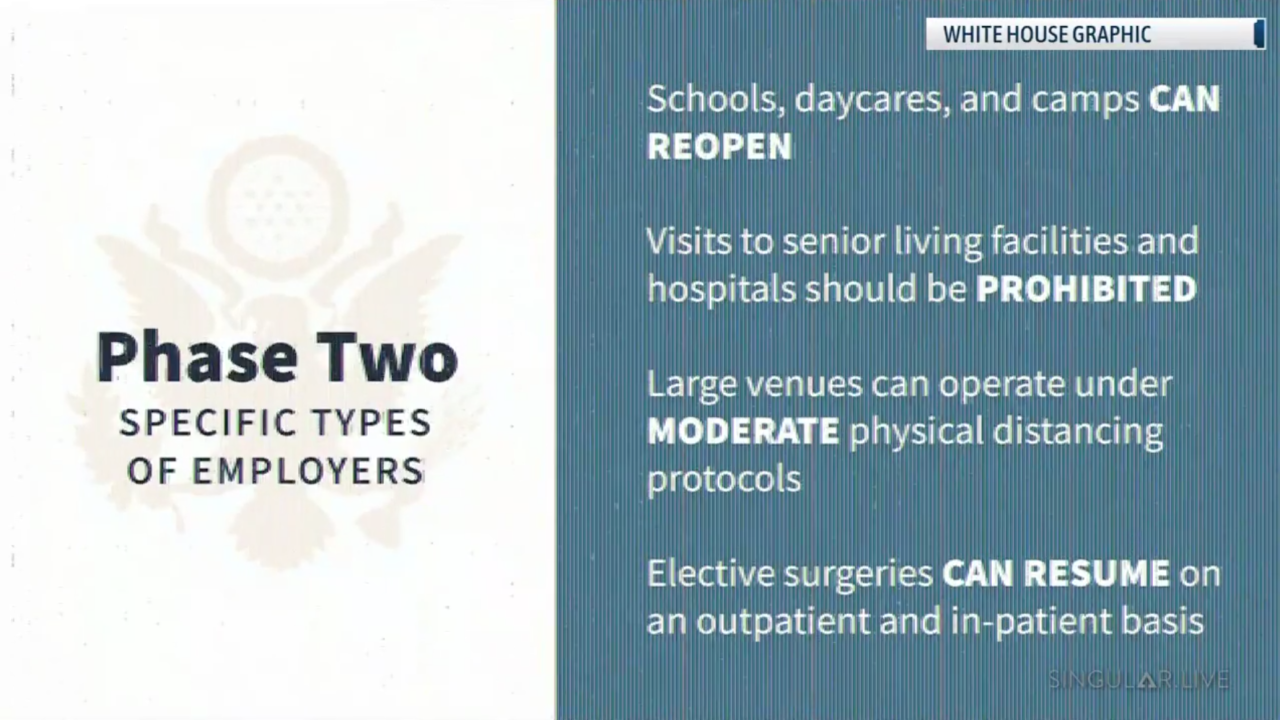 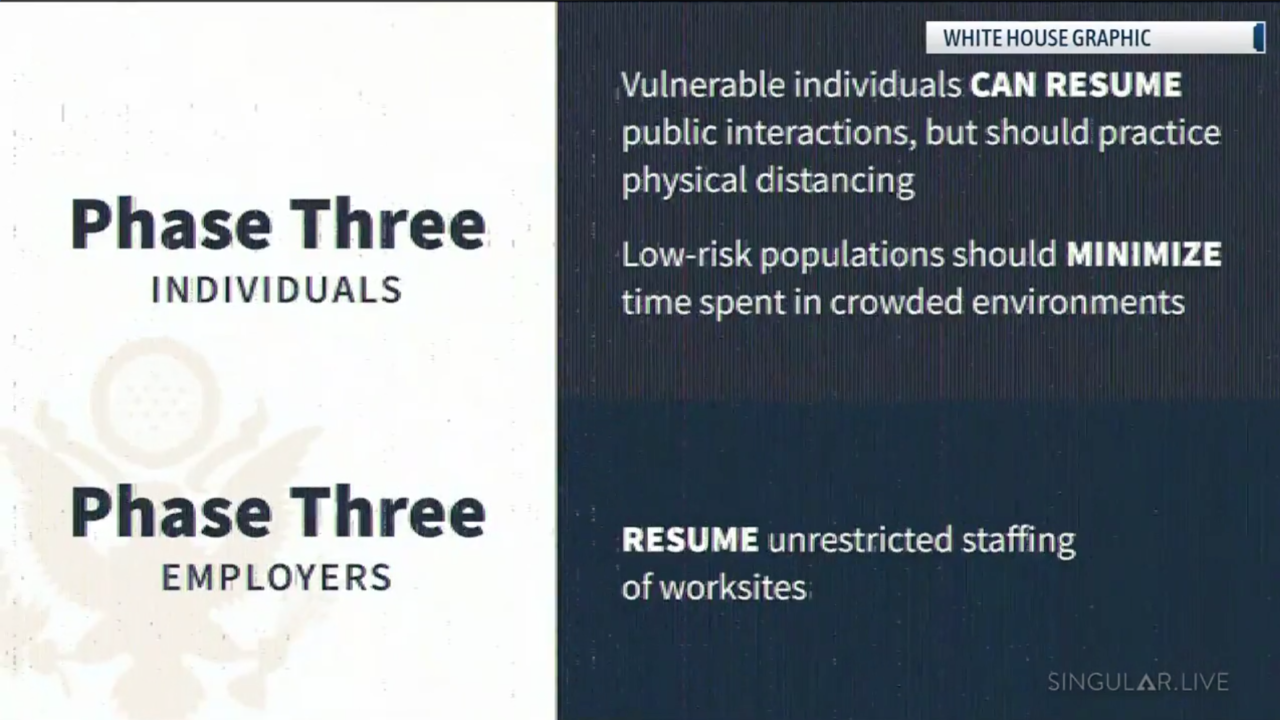 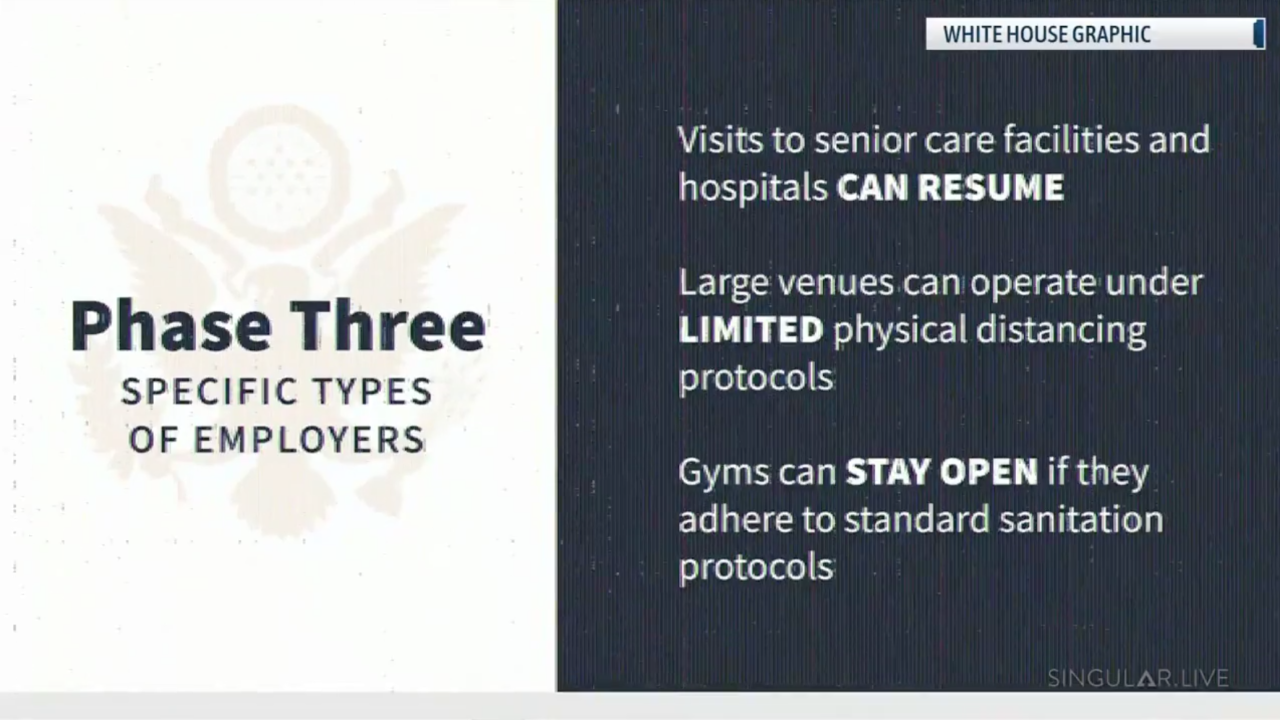 President Donald Trump and members of the White House coronavirus task force unveiled guidance to reopen economies as Trump says the spread of COVID-19 has slowed in the US.

Trump told governors it is their call on when to reopen state economies, he told the state leaders earlier on Thursday.

Trump's announcement came as another 5 million Americans filed for unemployment in the last week.

Trump has been inconsistent on his messaging to governors. On Monday, Trump said that he could tell governors when to reopen their state economies, which is likely in conflict with the 10th Amendment and federal law. But on Tuesday, he relented, saying it would be up to governors.

He also told governors on Thursday that they could relax mitigation efforts before May 1. Trump said he expects several states could reopen almost immediately.

“You’re going to call your own shots,” Trump said in a call to governors on Thursday, according to an audio recording provided to The New York Times. “You’re going to be calling the shots. We’ll be standing right alongside of you, and we’re going to get our country open and get it working. People want to get working.”

Trump says state economies can reopen in three phases. The first phase calls for telework to continue as much as possible, minimizing non-essential travel, keeping schools closed, prohibiting visits to senior living facilities and hospitals. Large venues, restaurants and gyms can operate under strict social distancing guidelines. The first phase also encourages those who are vulnerable to remain isolated.

A second phase would allow for non-essential travel, schools and daycares can reopen, but still imposes social distancing guidelines for mass gatherings, prohibiting visits to senior living facilities and hospitals, and recommends vulnerable people to shelter in place.

A third phase would then allow unrestricted staffing at work sites, vulnerable individuals can resume public interaction with caution, visits to hospitals and senior facilities can resume, and large venues can operate under limited physical distancing.

Presently, stay at home orders are in place in 43 states.

White House guidelines issued in late March call for intense mitigation efforts through the end of April in an effort to stop the spread of COVID-19.

Meanwhile, several groups of governors have announced regional pacts to reopen state economies. On Thursday, Ohio Gov. Mike DeWine announced that Ohio plans on reopening the state’s economy on a limited basis on May 1.

DeWine said that he is working with the governors of other Midwest states on a plan to reopen state economies. Governors in seven Northeast states said they plan on working together. Also, three Pacific Coast governors also have announced plans to band together on reopening their state economies.

How this may look will vary by state, however. As DeWine said that Ohio would reopen sections of its economy on May 1, Wisconsin said it will keep many of its guidelines in place until May 26.