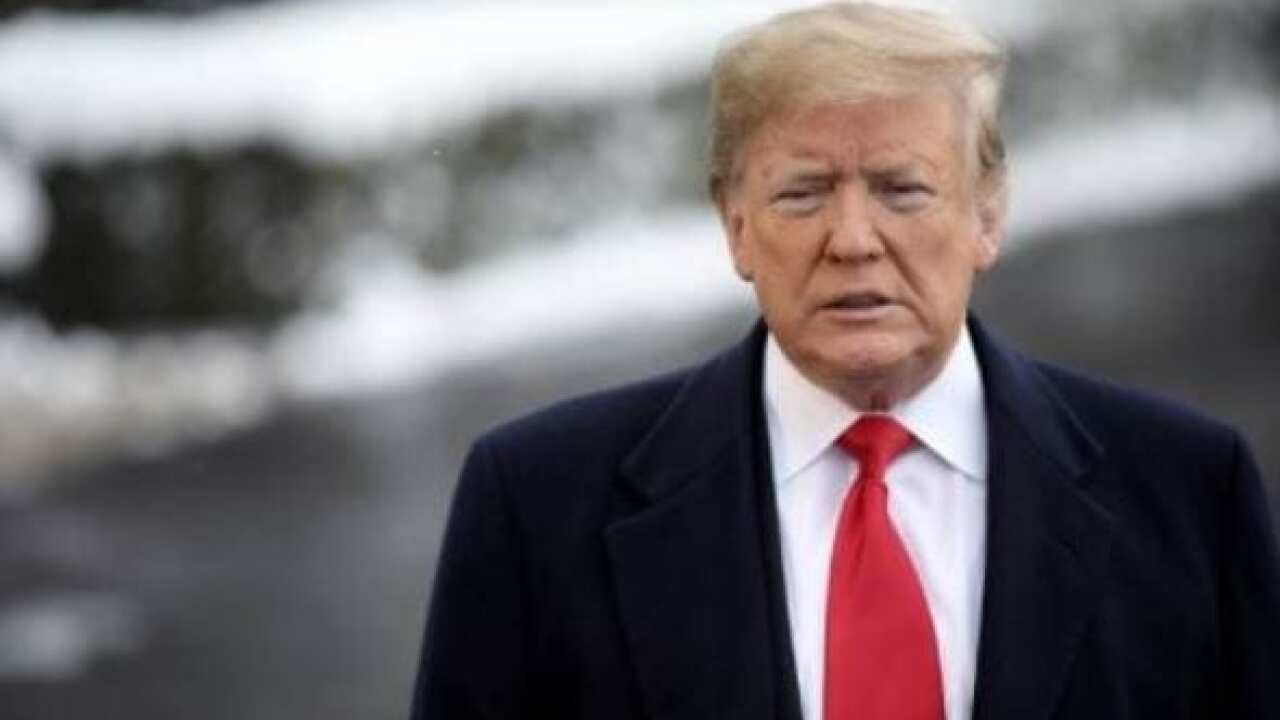 (CNN) -- President Donald Trump is set to unveil new guidelines on Thursday meant to help states loosen their social distancing restrictions even as business leaders, lawmakers and governors warn persistent testing shortfalls could hamper any effort to reopen the country.

In a document provided to all 50 US governors during an afternoon phone call and obtained by CNN, the White House spelled out when states should begin easing social distancing guidelines.

The benchmarks including a sustained decrease in cases over a 14-day period and a return to pre-crisis conditions in hospitals, according to the document.

States should have the "ability to quickly set up safe and efficient screening and testing sites," the guidelines read, and "quickly and independently supply sufficient Personal Protective Equipment" in hospitals.

The phased approach encourages all individuals to continue good hygiene practices like washing hands and to "strongly consider" using face coverings in public. And the document encourages employers to enact social distancing, temperature checks, testing and sanitation practices in their workplaces.

The guidelines, meant to speed Trump's goal of restarting a moribund economy, won't be mandatory and the ultimate decisions on how and when to open will fall to individual governors, many of whom have already extended restrictions into May or banded into regional collectives that will determine their own reopening plans. The newest consortium was created in the Midwest on Thursday by Democratic and Republican governors.

But Trump, eager to see a return to normalcy for housebound Americans, wants to provide at least a framework for how places can reopen despite warnings from all corners that testing capacity for coronavirus is still too small.

Trump will unveil the guidelines publicly at a 4 p.m. Mountain Time news conference.

In his call with governors, Trump previewed the plan to reopen much of the American economy. But he insisted it would be up to the individual governors to make the decision in their own states when they begin that process.

"You are going to call your own shots," Trump said, according to a person familiar with the conversation. "I've gotten to know almost all of you, most of you I've known and some very well. You are all very capable people, I think in all cases, very capable people. And you're going to be calling your shots. We'll be standing right alongside of you and looking to get our country open and our people working and our people want to get working."

Trump said that the decision to target May 1 as the day to begin the process of reopening the country came in consultation with Drs. Anthony Fauci and Deborah Birx, medical leaders of the administration's coronavirus task force.

Trump described their sign-off on May 1 date as a "negotiation."

"It was a little bit of a negotiation that that's the way it should be," Trump said. "I guess, I hope it is that way usually, but we all do want to see things open."

Previewing the new recommendations, Trump said Wednesday the nation had "passed the peak on new cases" and was ready for a new set of federal guidelines on how to reopen certain parts of the country. He acknowledged that some states would be able to open more quickly than others. He insisted his chief concern was the safety and health of Americans.

Still, he said there were risks inherent in keeping the country shut down.

"There has to be a balance," he said. "You know, there's also death involved in keeping it closed."

Officials said the new recommendations would mimic the social distancing guidelines the President announced in March and extended at the start of April: While not mandatory, they carry the weight of the federal government and the presidency.

Trump, who began the week insisting he had the "absolute authority" to reopen the country, retreated after pushback from Republican and Democratic governors alike. He said each state would submit a plan to him for reopening, though even that is not required.

Many states have already begun drafting plans on returning to normal, including consortia of states on the East and West coasts that have agreed on joint phased reopenings.

Ahead of Trump's phone call with governors on Thursday, a new collective of Midwestern governors said they were joining together to coordinate on reopening plans. The leaders of Michigan, Ohio, Wisconsin, Minnesota, Illinois, Indiana and Kentucky -- both Democrats and Republicans -- said they would "work in close coordination to reopen our economies in a way that prioritizes our workers' health."

Many of those governors -- along with public health experts, lawmakers and business leaders -- say that without widespread testing, Americans won't be able to return to workplaces quickly because it will remain unclear who could still be spreading the virus.

In phone calls with members of the US House and Senate on Thursday, Trump was told by some lawmakers that without increased testing, asymptomatic people may return to workplaces and unknowingly spread further contagion, according to people familiar with the call.

Trump countered by saying his administration had worked to scale up testing and he repeated his dubious claim that the United States had tested more people than any other country.

He also pointed to a new test that people could administer themselves that uses saliva, a person familiar with the conversation said.

It was a similar message to one he received a day earlier during a phone call with some members of his newly formed business advisory council. In that conversation, industry leaders reiterated what public health experts and governors have been telling Trump for weeks: that there would need to be guarantees of ramped-up coronavirus testing before people return to work, according to one person briefed on the discussions.

As they weigh new guidelines on reopening the country, White House officials have pored over data on testing availability and hospital capacity, hoping to more narrowly devise a strategy to improve testing capacity where it still lags.

Trump said Wednesday it was governors' responsibility to improve testing in their state, shrugging off responsibility for enacting the type of nationwide testing system he was touting only last month.

"We want the states to administer these tests, for the most part," he said. "We want them to do it, we're not going to be running a parking lot in Arkansas."

Birx, the White House coronavirus response coordinator, said there were nine states with fewer than 1,000 cases each who may be the first to lift distancing restrictions. Trump said he believed there could be nearly 30 states in "extremely good shape," and repeated his assertion that certain places may be able to reopen sooner than May 1.

But even among the nine states with the lowest case counts -- Maine, Vermont, West Virginia, Nebraska, North Dakota, Montana, Wyoming, Alaska and Hawaii -- not all governors have expressed an eagerness to quickly reopen. Some, such as North Dakota, still appear to be experiencing an increase in cases, meaning their peaks could be weeks away.

The current federal guidelines on social distancing are not expected to be renewed when they expire on April 30. Officials said the White House would work closely with states to ensure reopening efforts are done safely and only when local outbreaks are deemed contained.

In finalizing the new plans, administration officials discussed issuing guidance to states on how to best assess whether they are ready to move away from social distancing, including creating specific thresholds for a reduction in cases and hospital capacity that would trigger a change in status.

Officials have also weighed options on how to reopen workplaces, including scaling up monitoring and recommending temperature checks; increasing the availability of testing, including antibody tests when they become available; new guidelines on how to best socially distance in workplaces, on public transportation and in public spaces like restaurants; and increased availability of masks or other face coverings.

Another idea discussed was recommending people who have recovered from coronavirus or test positive during the antibodies test -- meaning they had coronavirus and likely have some form of immunity -- go back to work wearing masks.

Officials have also weighed recommendations for schools, child care centers and summer camps, recognizing that returning to work may be difficult for parents if their children don't also have a place to go.

Before Trump unveiled the new guidelines, he spent the day on phone calls with foreign leaders and lawmakers. In a teleconference with other G7 leaders, Trump faced resistance to his decision to halt US funding to the World Health Organization.

Trump has claimed the WHO is overly weighted toward China and made grave mistakes early in the coronavirus outbreak, a stance he reiterated on the morning videoconference. But other leaders, including German Chancellor Angela Merkel and Canadian Prime Minister Justin Trudeau, sought to bolster the global health body as essential during the pandemic.

"Much of the conversation centered on the lack of transparency and chronic mismanagement of the pandemic by the WHO," the White House said in a readout of the conversation. "The leaders called for a thorough review and reform process."