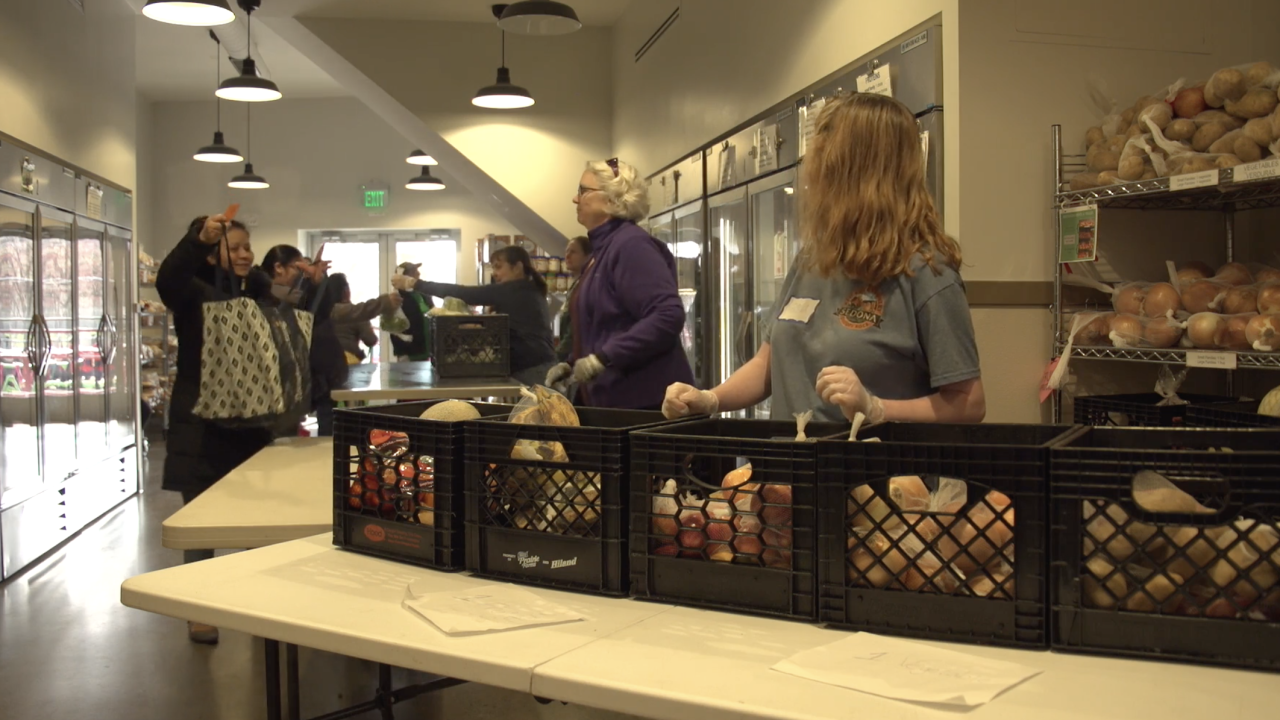 Food banks around the country are practicing social distancing and limiting how many people can be inside the facility at any given time. In Arlington, VA, they have seen an increase in the number of people coming to their doors in need of food.

Feeding America released a study this week, which examines food insecurity at a more local level. The study found that in some regions of the US, more than half of all children could be considered “food insecure.”

In Louisiana, more than one in three children are projected to be “food insecure” this year. New Mexico, West Virginia, Texas, Arkansas, Oklahoma, Mississippi, Alabama and Nevada join Texas as states with projected child food insecurity rates of more than 30%.

"This pandemic continues to impact the lives and livelihoods of our neighbors nationwide, putting millions of additional people at risk of hunger while continuing to hurt people already familiar with hardship," said Claire Babineaux-Fontenot, CEO of Feeding America. "The long-term effects of COVID-19 may be substantial, but the Feeding America network of 200 food banks and over 60,000 partner food pantries and meal programs has a footprint in every community to help serve our neighbors during this time."

Last month, Feeding America announced that it projected a $1.4 billion budget shortfall through the fall to handle the influx of demand at food banks nationwide.

“The people we serve and the charitable food system in the United States are facing a ‘perfect storm,’ with surges in demand, declines in food donations and volunteers, and disruptions to normal operating procedures, as a result of the COVID-19 crisis,” said Babineaux-Fontenot. “It is all of our neighbors who now more than ever need help putting food on their tables.”