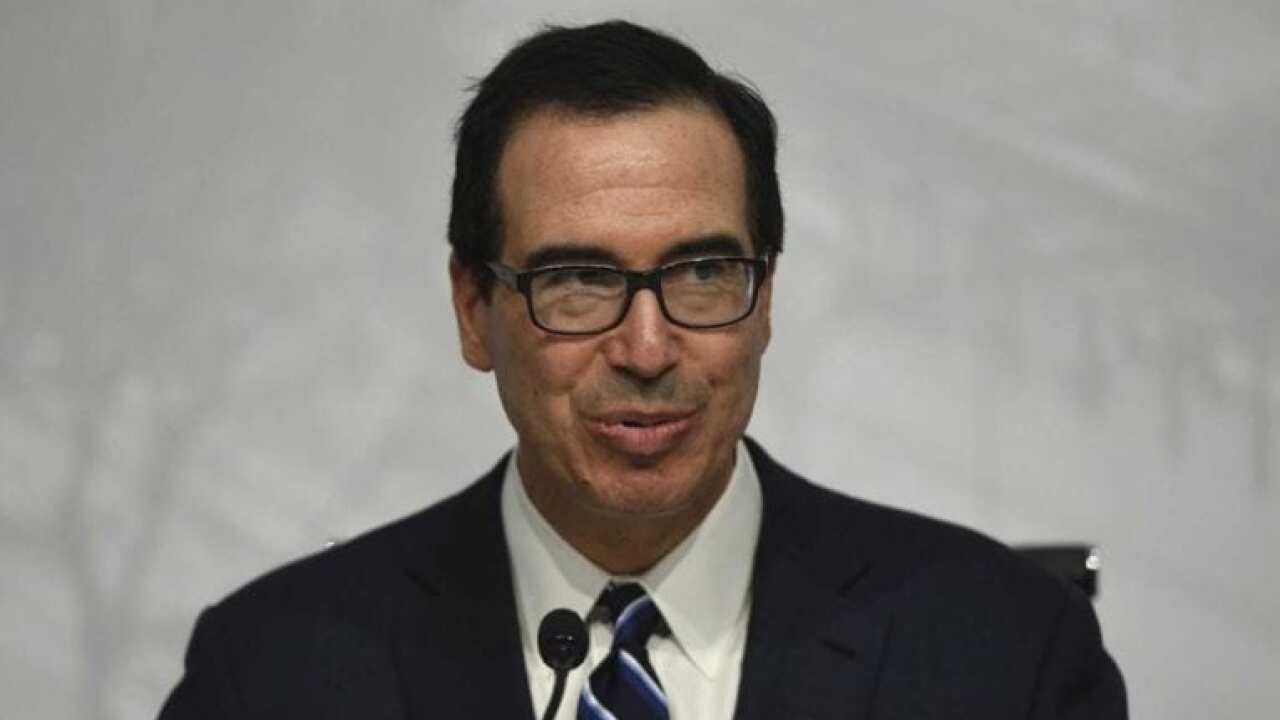 Washington — Americans who are eligible to receive one-time payments from the federal government as part of a massive coronavirus economic relief package will see that money deposited into their bank accounts "within three weeks," Treasury Secretary Steven Mnuchin said Sunday.

"We expect that within three weeks, that people who have direct deposit with information with us will see those direct deposits into their bank accounts, and we will create a web-based system for people where we don't have their direct deposit, they can upload it so that they can get the money immediately as opposed to checks in the mail," Mnuchin said on "Face the Nation."

As part of the $2 trillion stimulus package passed by Congress last week, Americans who make up to $75,000 will receive $1,200 checks, plus $500 per dependent child. The amount gradually decreases for incomes up to $99,000, at which point the payments cut off.

The rescue package, which is designed to help American families hurting because of the coronavirus and inject money into the U.S. economy, was signed into law Friday after receiving bipartisan support in both chambers of Congress.

In addition to providing direct payments to Americans, the legislation also allocates $500 billion for ailing industries that have seen business drastically decline as public health officials rush to limit the spread of the coronavirus. Among those that stand to benefit from the measure are the airlines, which are set to receive $25 billion in grants.

Some have called the $500 billion fund a "bailout" for large corporations, and a lack of oversight in the initial economic relief package proposed in the Senate was a sticking point for congressional Democrats. To address those concerns, the legislation creates an oversight board and inspector general to oversee the distribution of loans to large companies, although President Trump indicated when he signed the bill that he might not comply with those provisions.

Mnuchin rebuffed the characterization of the funds as a "bailout" and said the American people will be made whole after the public health crisis subsides and the U.S. economy reopens.

"We're not bailing out any companies or any industries," he said. "Any loans that we make, the taxpayer will be fully compensated for. As the president said, we'll look at each one of these situations. Some of them are very good companies that just need liquidity and will get loans. Some of these companies may need more significant help and we may be taking warrants or equity as well as that."

The economic stimulus package passed last week is the third phase of a multi-pronged effort to ease the pain of the coronavirus and ensure states and the federal government are prepared to address the crisis. In addition to the estimated $2 trillion package passed last week, which is the largest measure in American history, Mr. Trump has signed two other relief bills.

Mnuchin did not rule out a fourth measure.

"If for whatever reason this takes longer than we think, we will go back to Congress and get more support for the American economy, but I hope that's not needed," he said.

Mr. Trump has indicated he is eager to reopen the U.S. economy, which has been brought to a halt as restaurants, theaters and bars are shuttered, schools are closed, and concerts and sporting events canceled. The president has suggested that a reboot could come by Easter Sunday on April 12, though public health experts aren't as confident and continue to urge Americans to stay in their homes and limit their activities to those that only are essential.

But Mnuchin said he believes the stimulus program will be "enormously successful in stabilizing the U.S. economy" and providing assistance for those who lost their jobs or can't work because of the coronavirus.