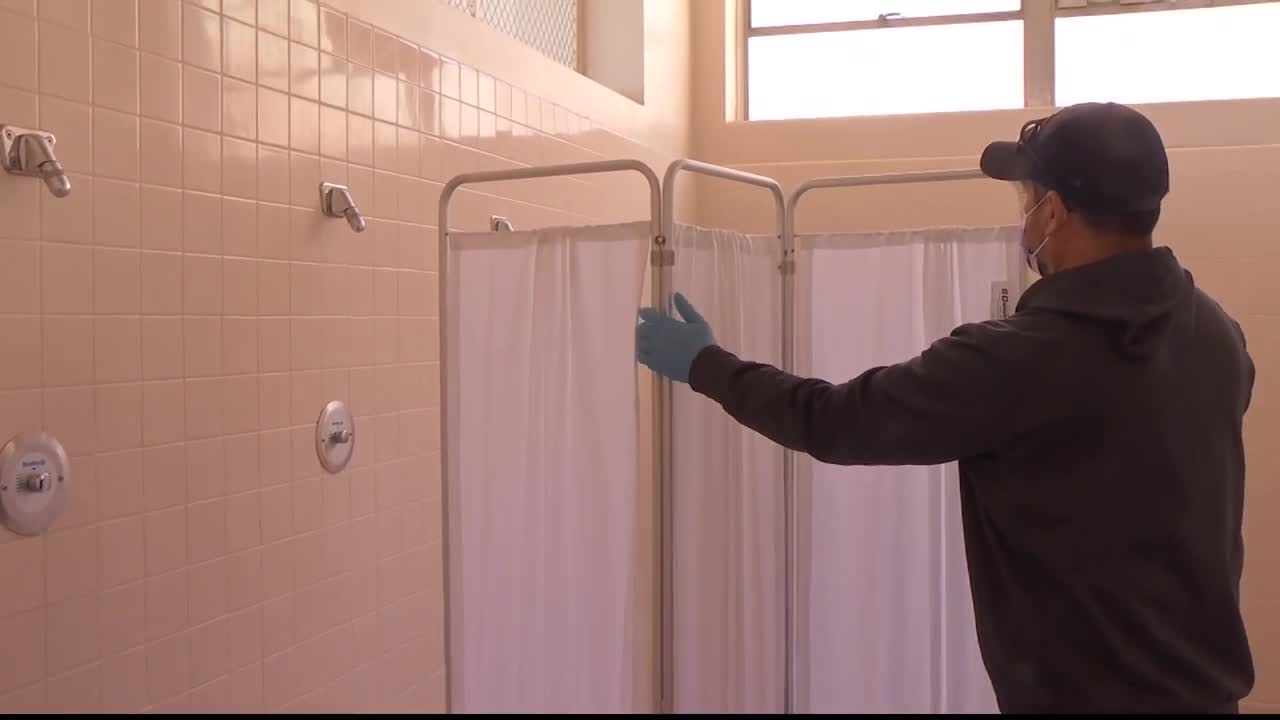 BILLINGS — During Gov. Steve Bullock's stay-at-home order, some members of the Billings homeless population hadn't had a hot shower in four weeks until St. Vincent de Paul and the Yellowstone Boys and Girls Ranch partnered to open Garfield School's gym showers on Saturday to the homeless.

“Maybe you can’t imagine not taking a shower for four or five weeks. Last Saturday was our first Saturday shower. And at that point we were four weeks into COVID-19," said Craig Barthel, executive director for St. Vincent de Paul.

Services for the homeless population of Billings have shifted operations due to COVID-19. Barthel said over the past few weeks that more and more people were coming to St. Vincent de Paul's daily free meals in need of a shower.

“Prior to COVID-19, folks found showers throughout the community so they were able to take showers," Barthel said.

St. Vincent de Paul asked around to different organizations that could help. Yellowstone Boys and Girls Ranch offered up the 24 showers in the Garfield School gym locker rooms to bathe the homeless.

Along with a wash, people got the chance to browse the St. Vincent de Paul thrift store to pick out a fresh set of clothes. People could browse the racks for something in their size.

"People are brought up into the store one by one and they are fitted for clothes. People are shopping for them and actually trying on clothes and holding them up and getting the right fit,” Barthel said.

Volunteers from the Mary Queen of Peace church help staff the shower program. Barthel said volunteers have spent hundreds of their own dollars to buy new undergarments and shoes for the homeless.

“The volunteers really deserve the credit on this because they said not only will we serve that program, but we’re going to spend our own money to facilitate that and respect dignity. Because who wants to take a shower and hop back into dirty clothes that are two weeks old," Barthel said.

Another business that stepped up was Koinonia Laundry. The business agreed to wash people's old clothes to be picked up the next time they came by for a shower, Barthel said.

"So they’re getting outfitted with new clothes and Koinonia laundry matte has agreed to launder their old clothes. So each week they are able to get a change of clothes," Barthel said.

Hilton Garden Inn and US Foods donated soap to the shower program as well, Barthel said.

People last week were thankful for the opportunity to bathe, Barthel said.

"Where you or I might spend five minutes under the water, some of the volunteers that are working that program said ‘I’m amazed that folks are sitting under the water for 30 minutes.’ Because it feels that good and it’s been so long since they’ve experienced the water," Barthel said.

Barthel said the Saturday shower program will continue after the COVID-19 pandemic.

"This is something we will continue. What we’ve learned from that is there’s some folks who don’t have the ability to shower even after COVID-19 passes. They’re going to need that showering program," Barthel said.