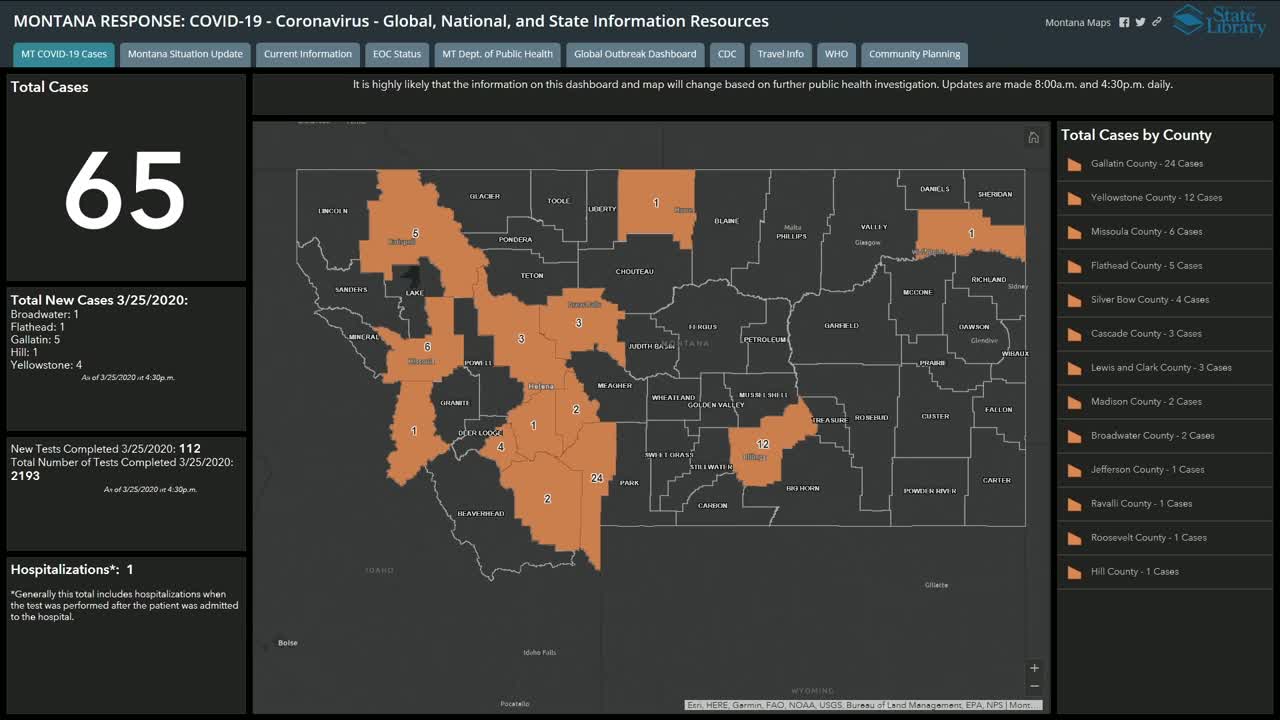 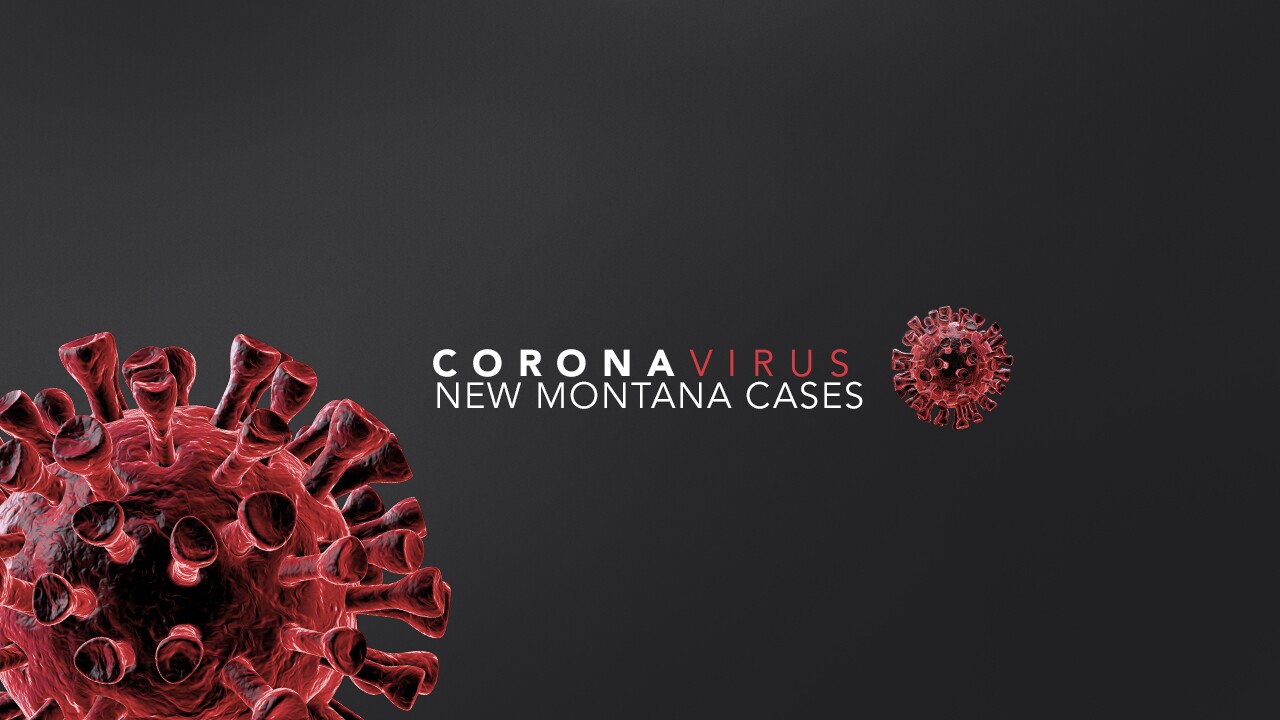 Update 9 p.m. The City-County Health Department in Great Falls said on Wednesday evening that two new cases of COVID-19 have been confirmed in Cascade County, bringing the county total to five and Montana's total to 67.

The department said in a news release that one of the two cases is a man in his 30s, and the other is a man in his 50s. Both men have been isolated at home since being tested and do not require hospitalization at this time. No other details, including whether the two men had recently traveled, have been released due to federal privacy laws.

Four new cases of COVID-19 were reported in Yellowstone County Wednesday afternoon, for a total of 12, according to new numbers released by the state.

The four Yellowstone County cases are:

The number of cases in Montana rose by 12 to 65 from the morning count.

The state completed another 112 tests Wednesday and have completed a total of 2,193 since the coronavirus outbreak began.

Hill County reported its first case. Gallatin County reported five new cases for a total of 24, which is the most in the state. Flathead and Broadwater counties each reported a new case.

For the first time, a patient has been hospitalized for the disease, but state officials did not say where.