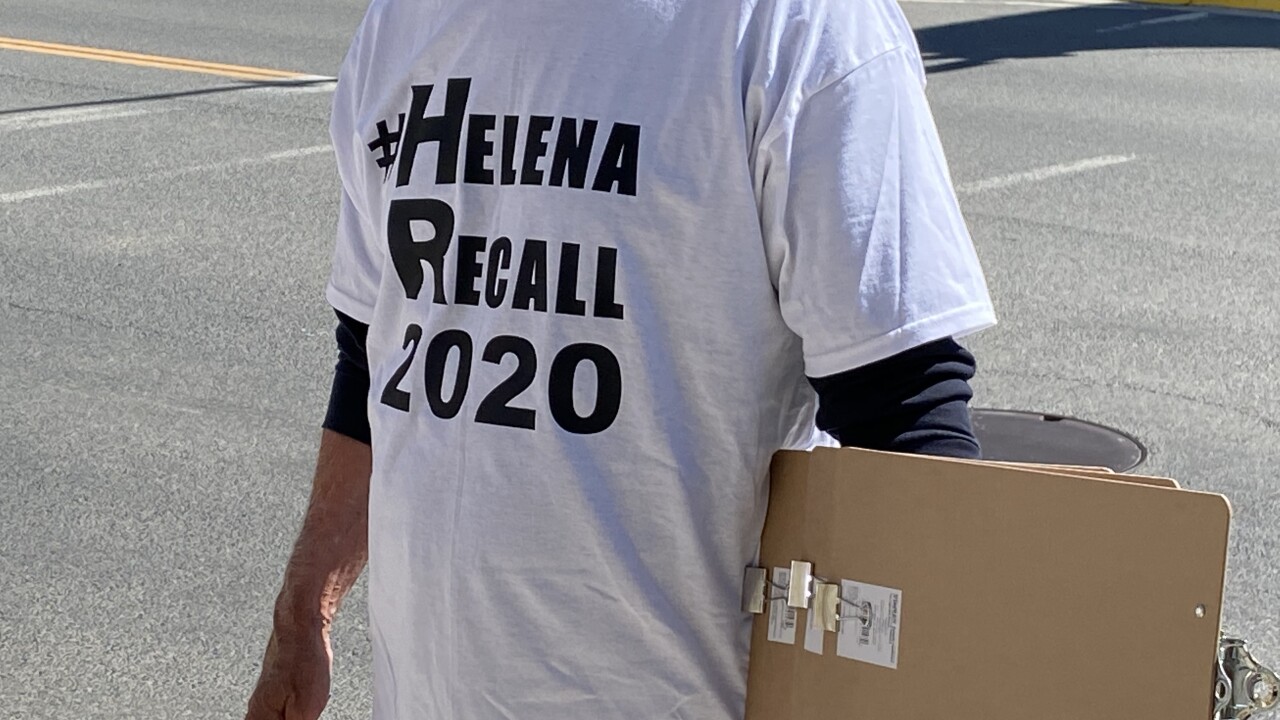 The city of Helena has filed a lawsuit, seeking to block an attempt to recall the mayor and two city commissioners.

A group is currently gathering signatures on petitions calling for the recall of Mayor Wilmot Collins and Commissioners Andres Haladay and Heather O’Loughlin. The petitions, submitted by Sandra Holland, claim the three officials violated provisions of the Montana Constitution guaranteeing the public the right to participate in and observe governmental bodies’ operations.

The city filed suit against Lewis and Clark County and county treasurer-clerk and recorder Paulette DeHart, whose office approved the petitions for circulation. Attorneys for the city claim the petitions contain “falsehoods and misconceptions,” and the county shouldn’t have cleared them for signature gathering.

The allegations in the petitions stem from the hiring of Helena’s interim city manager. On March 9, Collins, Haladay and O’Loughlin voted to approve a contract making Melinda Reed the interim manager.

Collins said he had decided to recommend Reed – the former executive director of the Friendship Center – after having discussions with commission members about what they wanted from an interim manager and looking through candidates who had shown interest in the job. However, members of the public and the two other commissioners – Emily Dean and Sean Logan – said during that meeting that they felt there should have been a public discussion about the potential candidates for the interim city manager job.

Holland’s petitions say Helena residents had “no reasonable opportunity” to observe deliberations on the hiring process or make a comment prior to the night of the final vote.

The city’s attorneys argued the state constitution only requires some form of public participation before a final decision, so the public comment they received at the March 9 meeting was sufficient. They said the commission didn’t have any deliberations before that time, so there was nothing the public couldn’t observe.

In the lawsuit, City Attorney Thomas Jodoin argued the city will have to pay the costs of a special election if a recall goes forward, so it has an interest in determining whether the petitions are valid.

“The City respectfully requests the Court expedite this matter so that citizens are not expending time collecting signatures on recall petitions that include falsehoods and misconceptions in the statement of reasons for recall,” Jodoin said in the suit.

DeHart’s office said they checked that the petitions for proper form, but that they did not believe the law gave them the role of reviewing the content. An attorney for the county told MTN it would be improper for the county to make a legal determination on whether the grounds for a recall are valid, and that that question should be decided by a court.

Once a petition is approved for circulating, there are three months during which registered voters within the city can sign it. A recall election would only occur if a petition is signed by at least 20% of the number of voters registered during the last city election in 2019 – about 4,200 people.

The earliest a recall election could occur would be on the general election date of Nov. 3.

Montana law says elected officials can be recalled on the grounds of “physical or mental lack of fitness, incompetence, violation of the oath of office, official misconduct, or conviction of a felony offense.”