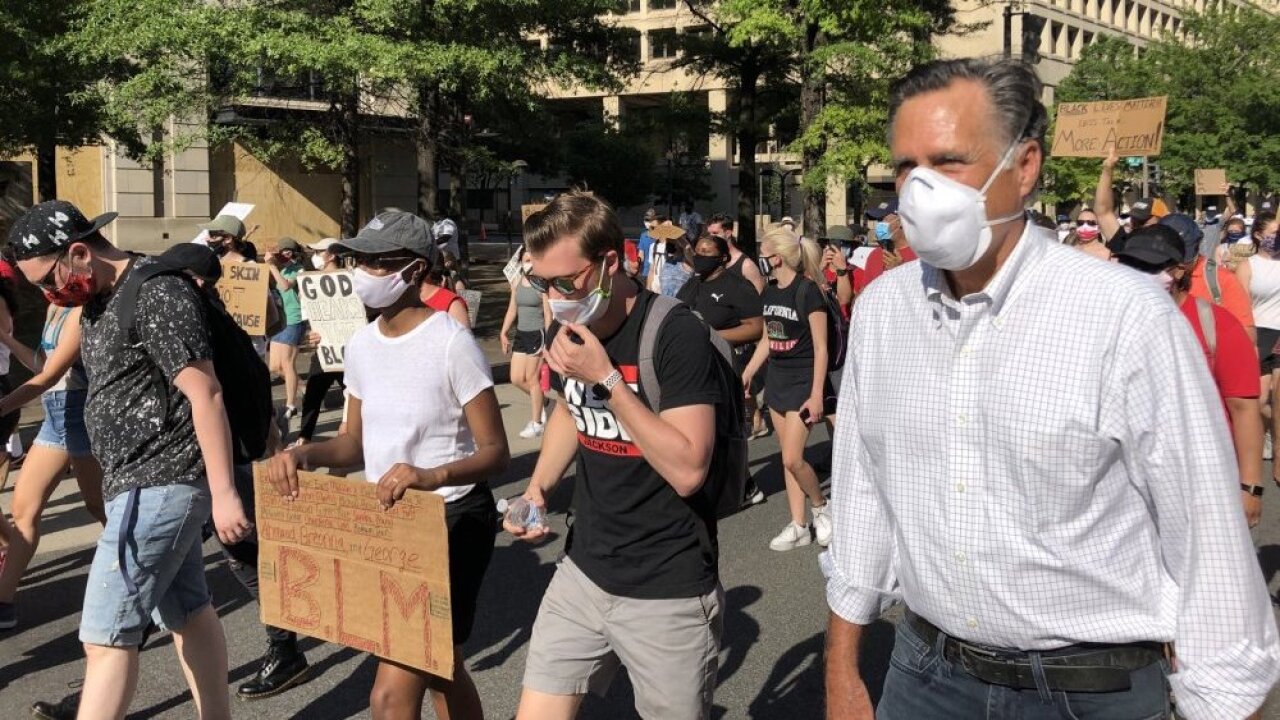 The "faith-based" march was organized by local pastors, The Washington Post reports , inspired by the Selma-to-Montgomery marches of 1965.

About 1,000 demonstrators walked from Ward 7 in Washington to the White House, in silence for some time, and at other times chanting "black lives matter" and singing the gospel songs such as "Amazing Grace" and "This Little Light of Mine" along the way .

"Our protest needs to be different," one pastor said . "It does need to be more spiritual."

.@MittRomney is marching with a group of nearly 1,000 Christians to the White House. Here he is on video saying why he’s walking: “... to make sure that people understand that Black Lives Matter” https://t.co/KCxJNchCMs pic.twitter.com/Za0Am2WL8g

Romney told a Post reporter he was marching "to end violence and brutality and to make sure that people understand that black lives matter."

He later posted photos of himself in the crowd , with a simple caption: "Black Lives Matter."

The day before, Romney shared a photo of his father participating in a civil rights march in the 1960s.

This story was originally published by Spencer Burt on KSTU in Salt Lake City, Utah.