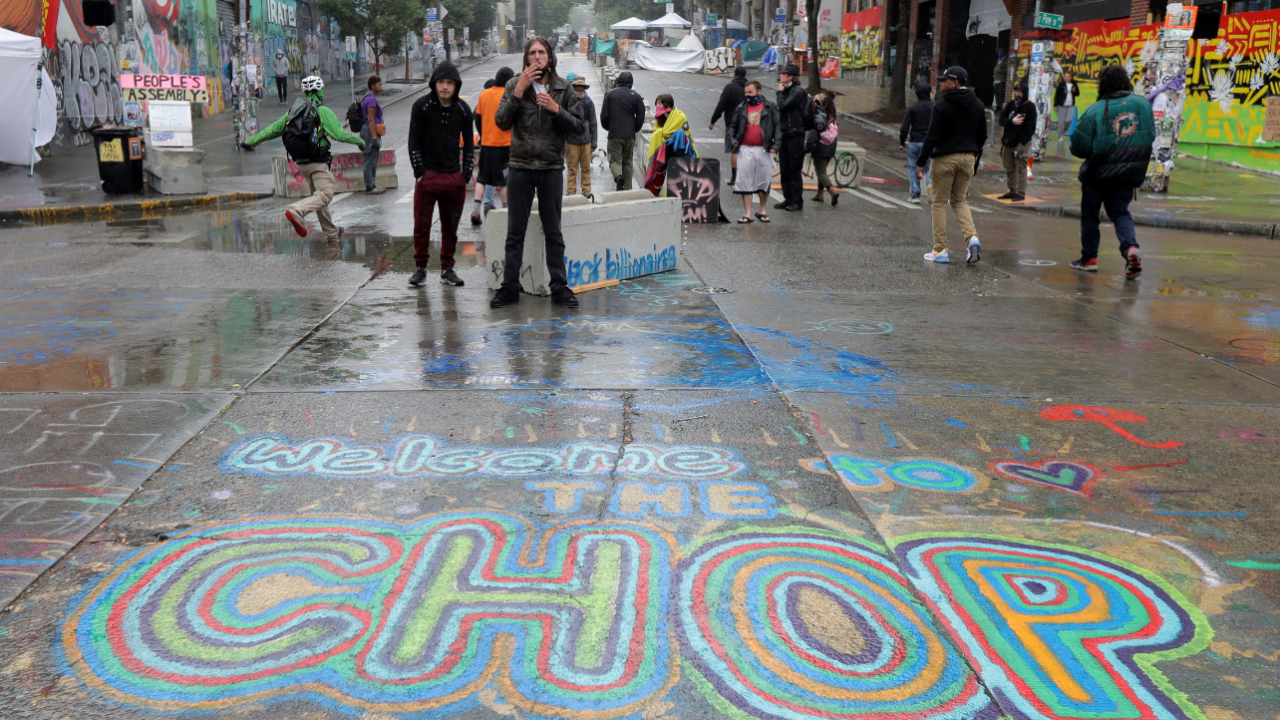 A sign on the street reads "Welcome to the CHOP" as protesters stand near barricades, Tuesday, June 30, 2020 at the CHOP (Capitol Hill Occupied Protest) zone in Seattle. The area has been occupied by protesters since Seattle Police pulled back from their East Precinct building following violent clashes with demonstrators earlier in the month. (AP Photo/Ted S. Warren)

SEATTLE - Police are dispersing protesters in Seattle's Capitol Hill Occupation Protest (CHOP) area and have arrested at least 13 people on Wednesday after an emergency order by Mayor Jenny Durkan.

Durkan issued an executive order Tuesday in response to "reported life safety, public health and property issues" in and around the East Precinct and Cal Anderson Park area, which protesters have occupied for the past few weeks and which has been marred by a series of shootings.

"Due to ongoing violence and public safety issues in the East Precinct/Cal Anderson Park area, Mayor Jenny Durkan has issued an executive order to vacate the area. Seattle police will be in the area this morning enforcing the Mayor's order," the Seattle Police Department tweeted.

Police tweeted anyone who remains in the area or returns to it will be subject to arrest.

"Commanders have issued a dispersal order in accordance with the Mayor's emergency order. All protestors are being asked to leave the immediate area within eight minutes. Safe exit is to the South and West," police said.

According to a statement from Seattle Police Chief Carmen Best said, "This order, and our police response, comes after weeks of violence in and around the Capitol Hill Occupied Protest zone, including four shootings, resulting in multiple injuries and the deaths of two teenagers."

Thousands of protesters have occupied the four-to-six block area -- known as CHOP or CHAZ -- since early June in an effort to demand police reform following the police killing of George Floyd. But there have been five shootings in the area in the past two weeks, including two fatal ones, undermining its original motivation.

"It is over because of the violence," Seattle community leader Andre Taylor told CNN last week. "I've told people here don't be focused on the location. CHOP is not a location, it is an idea."