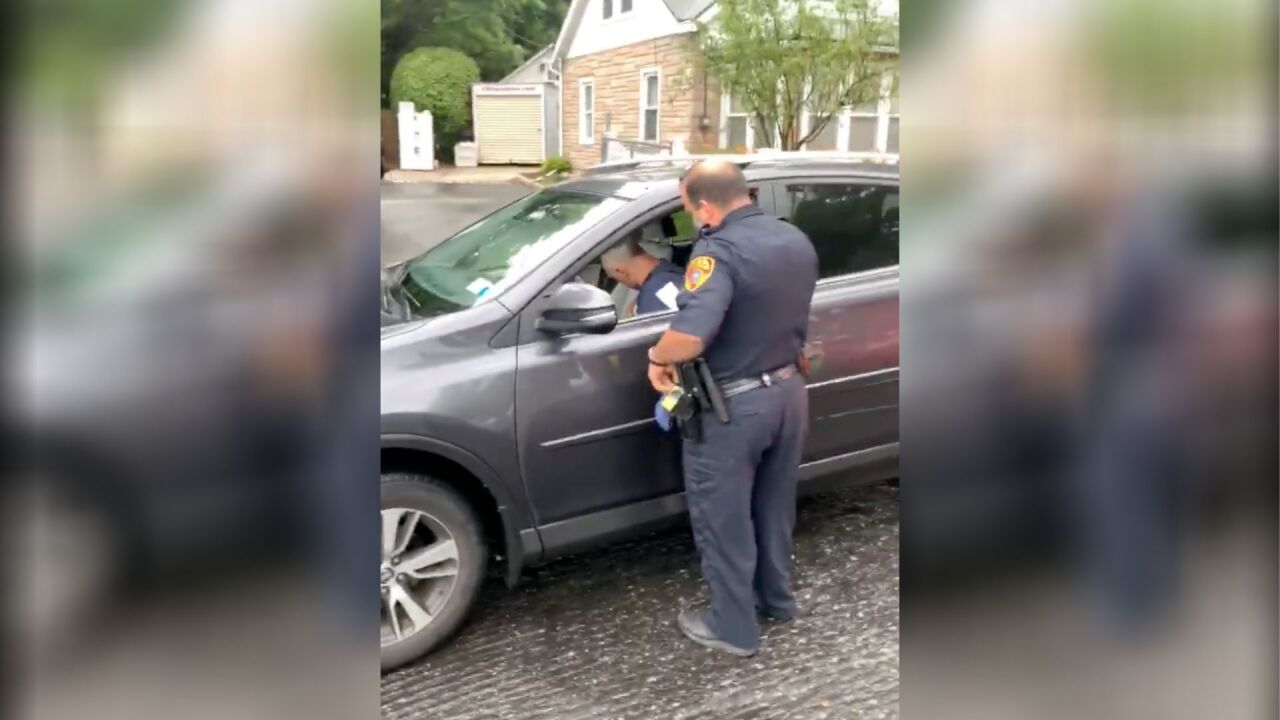 Matthew Showtyme on Facebook
Still from a Facebook video of a driver accused of striking two Black Lives Matter protesters with his vehicle Monday evening in Huntington Station, Long Island.

A Long Island man is facing charges after striking protesters with his vehicle Monday evening at a Black Lives Matter march, police in Suffolk County said.

Authorities said Anthony Cambareri, 36, was driving his Toyota RAV4 westbound on Broadway in Huntington Station when he struck two protesters standing in the roadway around 6:45 p.m.

The two pedestrians were taken to a nearby hospital for treatment of non-life-threatening injuries, officials said.

Warning: The below video contains language some readers may find offensive.

Cambareri was not injured and his vehicle was impounded for a safety check, police said.

He will be arraigned at First District Court in Central Islip at a later date.

The Associated Press contributed to this report.