Jimmy John's: Multiple employees fired over video of noose made of bread dough 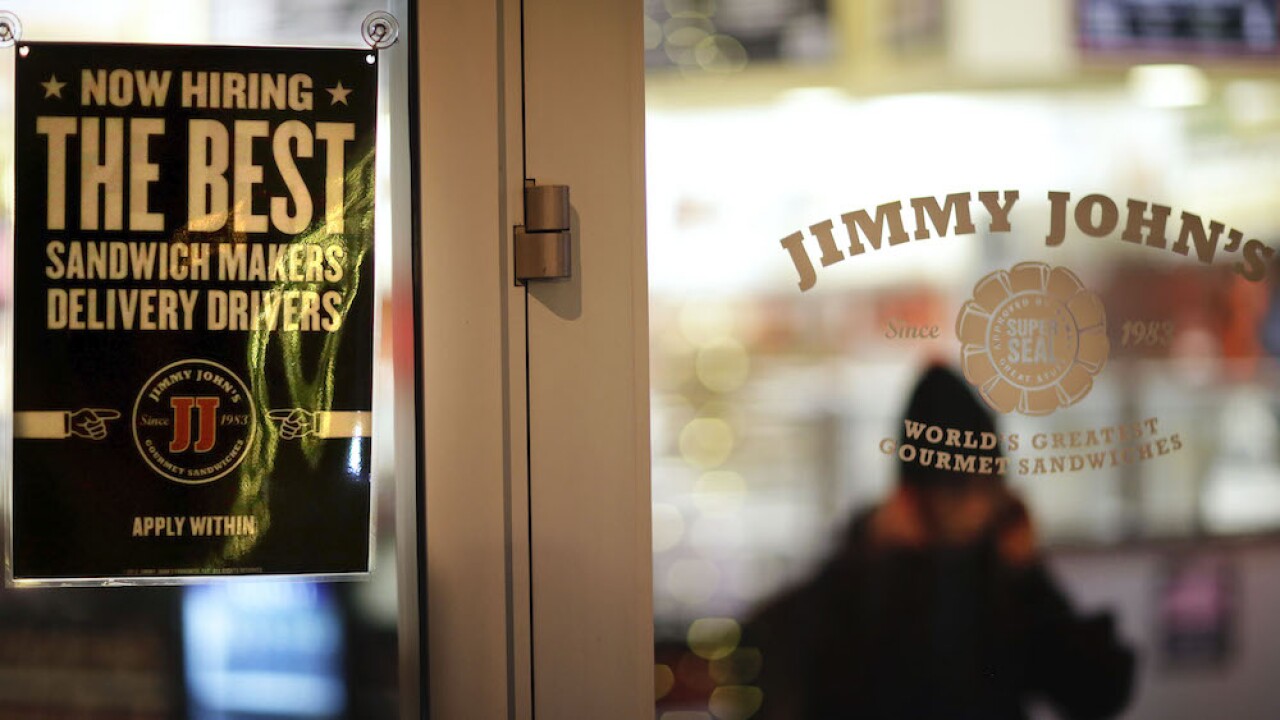 David Goldman/AP
A sign advertises hiring opportunities at a Jimmy Johnís sandwich shop, as an employee walks out to make a delivery, Friday, Jan. 2, 2015, in Atlanta. A lawsuit targeting the fast-food sandwich chain has put scrutiny on agreements banning low- and middle-wage workers from competing against their former employers. (AP Photo/David Goldman)

Jimmy John's says multiple employees have been fired after a video circulated on social media that showed employees laughing while they made a noose out of bread dough.

According to WSB-TV in Atlanta, the incident took place at a restaurant located in Woodstock, Georgia. The video, which was initially posted to Snapchat but later circulated on Twitter, shows an employee draping the noose over another employee's head and then pretending to yank it.

The person who posted the clip to Snapchat included a "Happy Fourth of July" filter on the video, indicating that the incident took place over the weekend.

According to WAGA-TV in Atlanta, the location's Yelp page quickly filled up with negative comments. Others threatened to boycott the restaurant.

In response to a tweet that included the video, Jimmy John's said that the employees had been "terminated."

"The actions seen in this video are completely unacceptable and do not represent the Jimmy John's brand," the restaurant chain said.

We have zero tolerance for racism or discrimination in any form. The franchisee has taken immediate action and the employees have been terminated. The actions seen in this video are completely unacceptable and do not represent the Jimmy John's brand.

Later, in a public tweet, Jimmy John's said that the franchisee that owns the Woodstock location will meet with the restaurant's staff and "conduct training to help prevent anything like this from ever happening again."