ROUNDUP- More than a year after a hail storm caused severe damage in Musselshell County, some homeowners are still waiting for contractors to repair their homes.

Peterson says the catastrophic hail storm damaged homes and businesses on May 31, 2018. 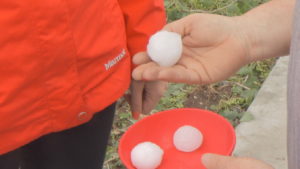 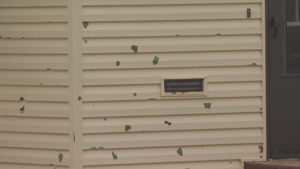 Many have come to the county attorney’s office saying they have paid deposits or paid for work that was never completed, Peterson said.

He added that he does not know how many have been affected.

The Attorney General’s Office of Consumer Protection will investigate the complaints against contractors, and the state auditor’s office will handle cases that may involve insurance fraud.

“A year later if they’ve done no work at all, that’s highly suspicious,” Peterson said. “Or if they’re not answering the phone. No phone calls, no text messages, no emails and consumers are not able to contact their contractors, that also gives us a pause. When you’re a year out, you have to start believing there’s something going on that shouldn’t be.”

The first part of the investigation started Wednesday nightwith the filing of signed complaints.

The Office of Consumer Protection may start sending letters and communicating with contractors in a week.