That didn’t stop many people from waiting in line to shop at a new grocery store on South 24th Street West near Central Avenue.

It was a packed parking lot and many customers were let into the store early.

“There’s a lot of people here but just have to manage,” said James Hill. “Get two carts.”

“I was hoping that the weather would keep people away and it wouldn’t be so crowded,” said Becky Ray.

A distributor who brings some of the food the grocery store has attended Winco grand openings in other cities.

He said Winco likes making an event of its grand openings, which customers seem to like.

“Grand opening, there should be some door prizes or something,” said Pepey Damico. “No. that’s fine. It’s great.”

“It’s like anything, it’s a gamble,” said Michael Scheid. “But it was fun. I go home and say I was one of the first ones in.”

Some have already found their favorites in the 84,000 square foot building.

“I like French bread. Steaks are good, and I love my mussels,” said Damico.

WinCo management touts its low prices, which some customers say they have noticed.

“There’s some stuff,” Schied said. “The sale stuff is good buys. But they’re about  the same.”

Part of shopping at Winco is bagging your own groceries.

“You can actually operate it yourself,” Hill said.

Some shoppers like the new store and the added competition among grocery stores.

“I’ll be back again,” Damico said.

“I hope they do well,” Schied said.

Billings and Helena are the first two Winco Foods stores in Montana. 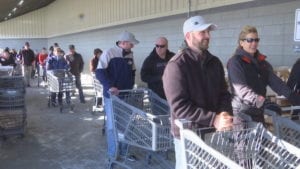 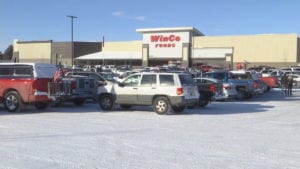 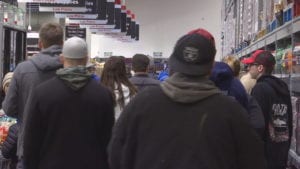 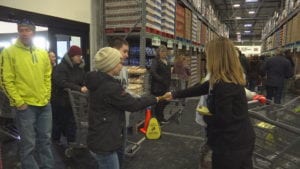