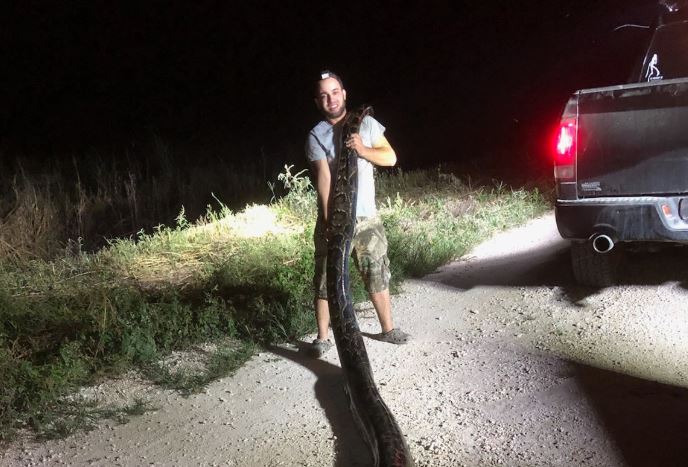 The python was captured as part of SFWMD’s Python Elimination Program, which describes itself as an effort to preserve the ecosystem of the Florida Everglades by taking aggressive action against pythons. “Eliminating invasive species such as Burmese pythons is critical to preserving the rare Everglades ecosystem,” SFWMD said Wednesday in a news release.

The governmental agency said the catch set a record for the program and brings the total number of invasive snakes that have been eliminated to 1,859, “stretching a combined length of more than two miles and collectively weighing more than 11 tons.” It also brings the total number of snakes that have been caught as part of the program measuring more than 17 feet to three.