His mom, Gladys Castillo-Reyes, and dad, Casey Kanode, found out when she was 28 weeks pregnant that Forest would be born with heart problems. They were told they would have to travel to a Denver hospital for his birth.

"He was born 6 pounds, 6 ounces and doing pretty well,” said Kanode. “Immediately he got taken to the cardiac intensive care unit there to keep an eye on him…he got open heart surgery at 7 days old."

Forest had another heart surgery just two months later. But the heart problems weren’t the only things that caught doctor’s attention. Breathing problems, along with a cleft pallet and deformations in his ears told doctors something else was wrong.

"You see some CHARGE kids who are deaf and blind and non-verbal,” said Kanode. “Then you have some kids and they grow up to be adults, and the only thing you would notice about them would be maybe a misshapen ear or something like that so it is a really broad spectrum syndrome.”

For Forest, the condition manifested in heart problems, breathing problems, and limited hearing.

During the first few months of his life, Forest would have ‘events’, where he would stop breathing and need CPR.  But just a few days before they were to be released from the Denver hospital, he had a severe event that required seven minutes of CPR.

“Really scary," said Kanode. "Definitely the closest we came through the whole process to thinking that we may lose him."

It was not long after, the family decided to have a tracheostomy to help Forest breathe. A month after the surgery, they were able to leave the Denver hospital and were admitted to St. Vincent Hospital in Billings.

Because of potential complications, children with traches require 24-hour care, meaning the family would need to find an in-home nurse to be able to leave the hospital.

Wanting to return home to Bozeman, they looked for home nursing there, but were striking out.  Finally, they were able to find help in Billings, and their insurance helped them to afford an apartment in the city. Sixteen months after his birth, Forest was finally able to leave the hospital.

“We knew that if we could just get out of the hospital, developmentally, he would skyrocket and he really has," said Kanode.

Forest’s care is complex, with multiple different specialists, doctors and hospital visits, having someone to help coordinate his care is invaluable. That is where the Pediatric Complex Care program at Billings Clinic comes in.

"When I moved here, we recognized there wasn’t one in Montana,” said Dr. Patricia Novario, a pediatrician who helped start the program. “So we were able to open the first one in Montana and he was our first patient."

The clinic provides more seamless care, by helping to coordinate visits and making sure patients’ records are compiled and available. In turn, it allows parents a little more time to focus on their kids.

"He’s an amazing little guy,” said Castillo-Reyes. “We’ve just been so lucky. If he can go through everything and still be happy and wanting to play and do everything, than we can absolutely handle it.”

Forest’s parents don’t want anything holding him back. They take him on trips to the park, even taking him on a day trip to hike at Pompey’s Pillar this past weekend.

“He is gonna have difficulties,” said Castillo-Reyes. “But we’re gonna try to give him the most normal life that we can, and try to let him experience everything that he wants to experience.” 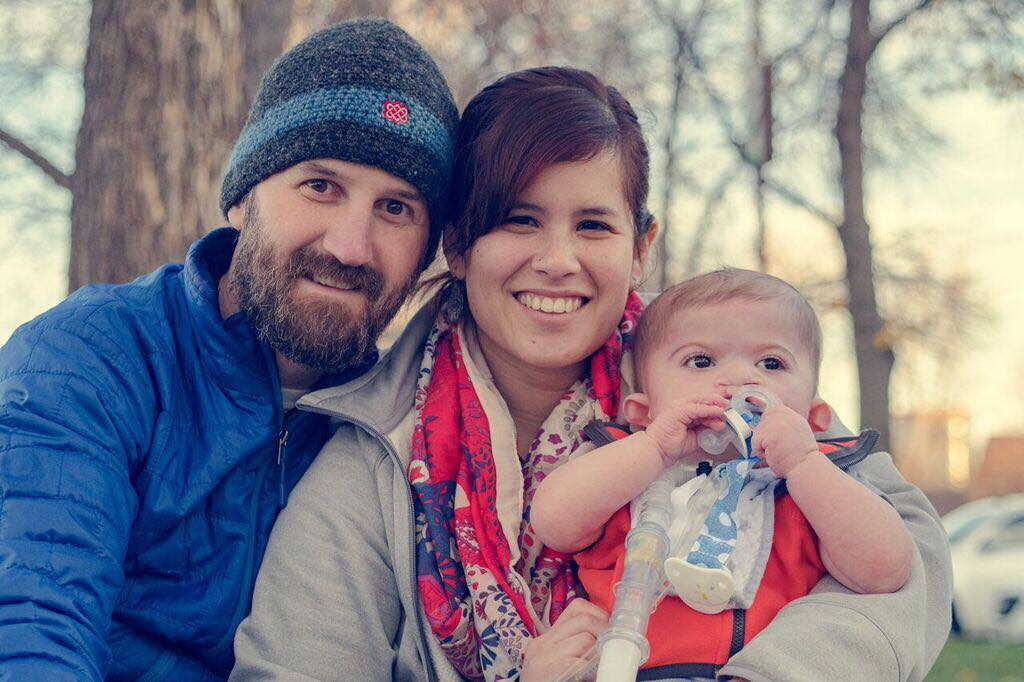