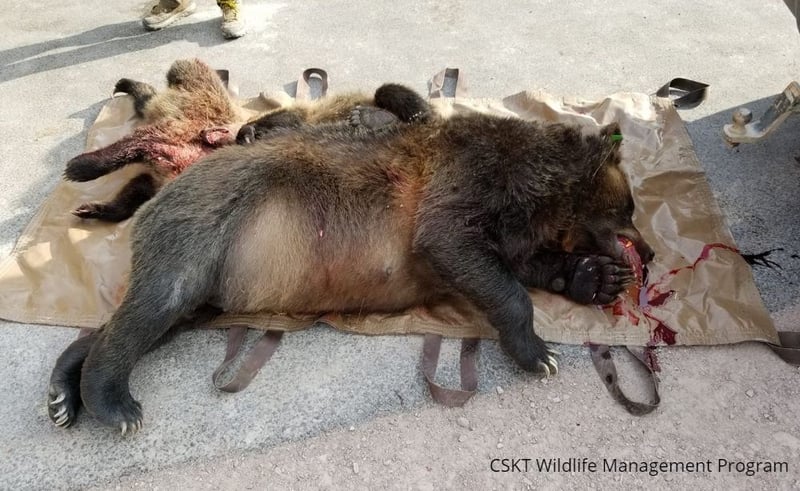 GREAT FALLS – Three grizzly bears died after being hit by a vehicle on HIghway 93 south of Ronan.

It happened on Friday night, and the collision killed a marked female bear with a radio collar and her two cubs, one male and one female. according to a Facebook post from the Consolidated Salish-Kootenai Tribe (CSKT).

The post did not state whether anyone in the vehicle was seriously injured.

The CSKT says that are continuing to work on implementing more safe crossing locations for wildlife, such as overpasses and underpasses.

We realize this image invokes strong emotions in people, it does for us too. The particular female has been collecting data for us on her movements around the Flathead Indian Reservation. We are saddened to see her and her two cubs were killed on US 93. Grizzly bears (as well as black bears, deer, elk, mountain lions and bobcats) are frequently and specifically at night moving across the Mission Valley.

We encourage drivers, locals and visitors, to be cautious when driving through the Flathead Indian Reservation. All our wildlife resources are important to us as are the lives of the people traveling through. These accidents are not only about being aware and slowing down. Wildlife are unpredictable and short, dark colored bears crossing US 93 at night can be next to impossible to see until it is too late traveling at highway speed.