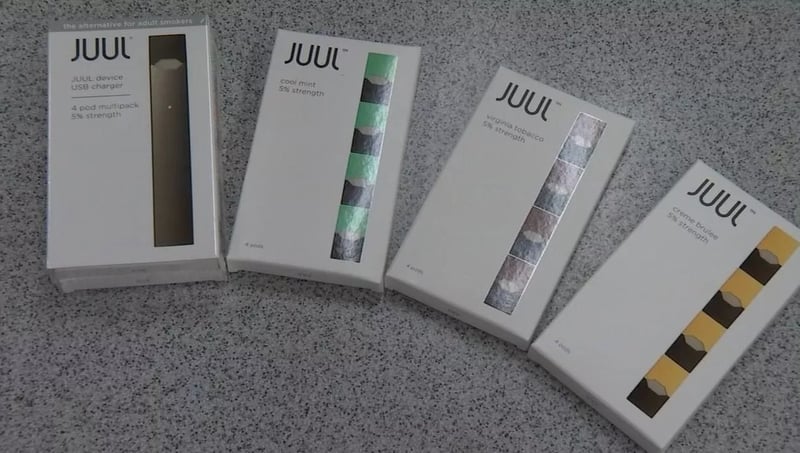 To most teens these days smoking cigarettes is gross, but vaping or "Juuling," a popular brand of e-cigs, is cool.

"It looks like a flash drive," explained Mountain Vista high school senior Abhi Bhandari. "I see students all the time taking a hit. Even in the class, sometimes, because it is so concealable. Hiding it in their sleeve and then blowing it down their shirt."

What Bhandari sees at his school every day has inspired him to do something about it.

"I go to the bathroom I see it. ‘Can I have a JUUL?’ ‘What flavor do you have,’? he said. "If someone wants to do something they can do it. It’s their decision. It’s their body. They can do what they want to do, but what I do want to change is the amount of awareness."

Bhandari said his crusade for change started from an anonymous survey where he asked his peers about their tobacco, marijuana, and vaping use.

Out of around 150 students who filled the survey out, he said 1 in 5 have tried smoking or weed. While a whopping 40 percent or 2 in 5 are vaping.

"I saw that 40 percent number, and I was astounded," said Bhandari. "That’s really where I was like, ‘ok, I need to do something about this to change what’s happening in the schools right now.’"

Bhandari started this vaping awareness blog. He is also working with his school to create posters that will warn students about the long-term impacts, and said he even plans to contact lawmakers.

Colorado tops 37 other states for e-cigarette use among teens, according to a recent Centers for Disease Control (CDC) survey. More than a quarter of Colorado high schoolers currently use e-cigarettes and almost 6 percent say they use them frequently.

"I’ve heard it almost consistently, every time, ‘I started doing this because I thought it was a safer alternative,’" said Dr. Anne Wagner with University of Colorado Hospital.

She said e-cigarettes aren’t the safer alternative to smoking their sold as to the public.

"They’re still taking nicotine in, there’s still a substance going into their lugs. It is still bad for their health," said Dr. Wagner.

"A lot of them don’t even know that. They just believe their doing something fun and then they end up getting addicted," said Bhandari. "I just want to make a change, and if that makes me wise beyond my years — well then that’s pretty cool," he said with a smile.

Bhandari’s goal is not to be his classmates nanny. He said he wants to help them understand what they’re putting in their bodies before they ever hit that JUUL they think is cool.

"Know what you’re doing, look at the harms, look at all the benefits and decide from there if you still want to do it," he said.