The fire was initially reported at 11 acres on Tuesday before being pushed by gust winds.

The blaze is burning on the border of the Bitterroot and Salmon-Challis National Forests approximately 35 miles southwest of Darby.

There are 80 people assigned to the incident and there are no structures threatened or closures at this time.

The fire is being actively suppressed under a full suppression strategy, according to fire managers.

The blaze is burning in a remote location and rugged terrain. 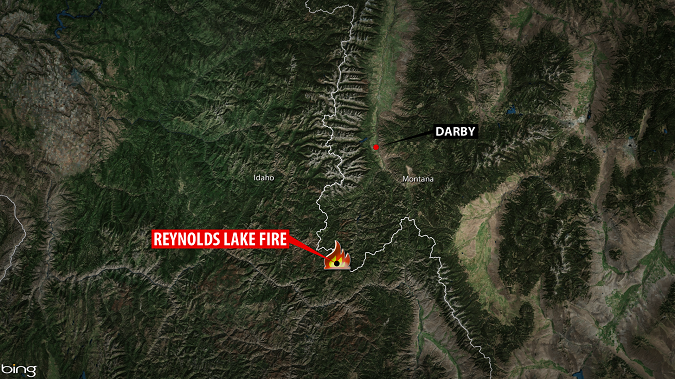