Two Canadians who received jail time for walking on Grand Prismatic Spring in Yellowstone National Park in 2016 have died in their latest outdoor adventure.

An announcement about the deaths of Megan Scraper, Alexey Lyakh, and Ryker Gamble came on the “High On Life” group’s Facebook page.

The three died on July 3. Their bodies were found by Canadian Federal Police at the bottom of a 100-foot waterfall near Squamish in British Columbia.

The trio was reportedly walking along the edge of the falls, according to the CBC. Witnesses saw Scraper slip and fall from the rocks at the top of the falls into the strong current. The two men apparently jumped in the water to try and save her. 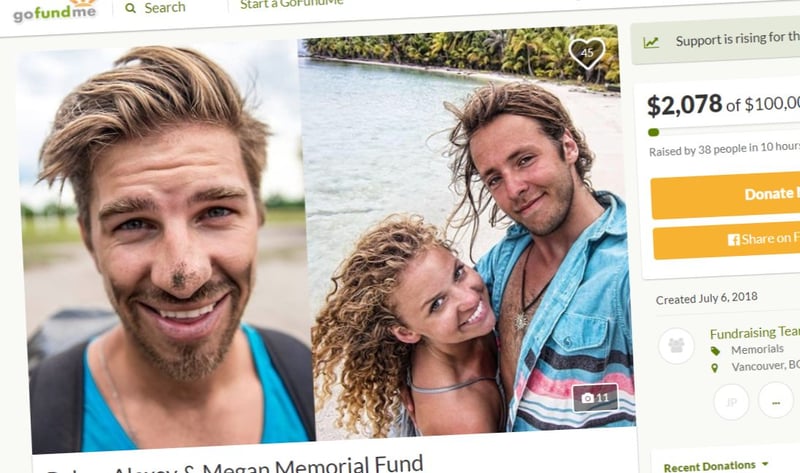 In May of 2016, Lyakh and Scraper were seen walking across the Grand Prismatic Springs in a video posted to the group’s page.

Shortly after the video showing them walking onto the spring went viral, they deleted several videos and social media posts, which were flooded with comments expressing outrage over their actions.

Through the use of social media and tips from the public, additional investigations were conducted about the group’s activities on other federal lands.

The group, consisting of Cross, Heuser, Charles Ryker Gamble, Alexey Andriyovych Lyakh, and Justis Cooper Price Brown, were the subject of several investigations by the U.S. National Park Service and the federal Bureau of Land Management. 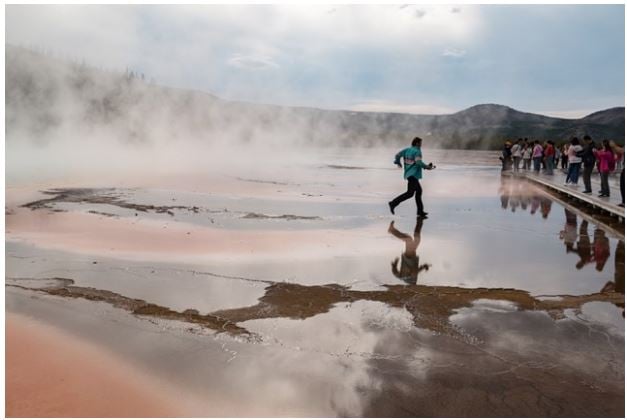