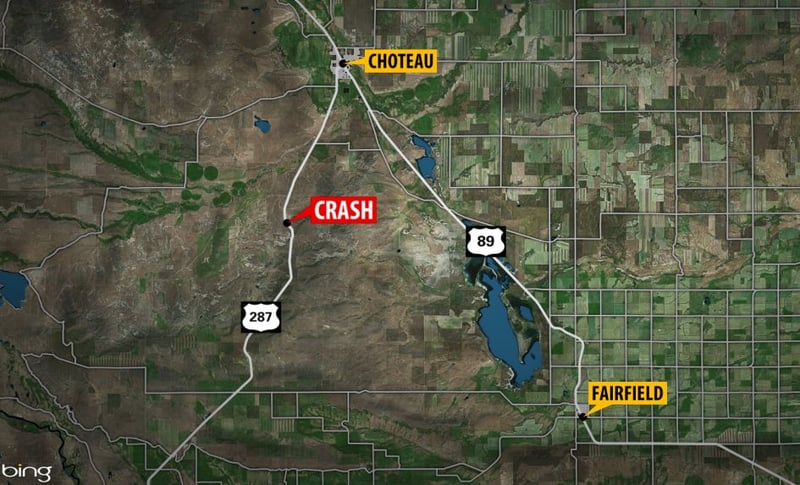 The Montana Highway Patrol says that one person died in a crash in Teton County on Wednesday.

The crash happened along US Highway 287 near mile marker 58, several miles south-southwest of Choteau.

The crash was reported to the Montana Highway Patrol at about 2:45 a.m.

There is no word yet on the identity of the victim, nor whether anyone else was injured.

The MHP has not yet released any details about the crash.