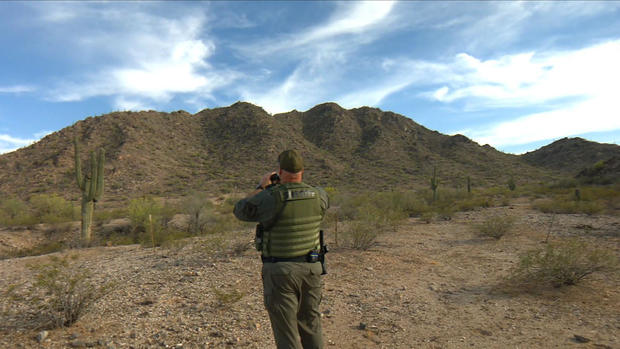 Authorities in Arizona are investigating a possible hit-and-run incident involving a border patrol vehicle. A Native American man says the driver ran him over.

This video is just 37 seconds long, but appears to show 34-year-old Paulo Remes getting hit by a border patrol vehicle. The SUV then drives away.

Almost one million people have watched the video on social media since it was posted. It happened Thursday night in a part of the Tohono O’odham Nation, a 62-mile reservation that straddles the U.S.-Mexico border in southern Arizona near Tucson.

U.S. border patrol says "we do not tolerate misconduct on or off duty and will fully cooperate with all investigations."

Remes and his family released a statement through community leaders saying he saw "the vehicle approaching near his grandparent’s home" and that’s when he "started filming." He says when he stepped into the road, "the driver accelerated toward him and struck him."

Tribal leaders say this just one of many incidents where federal agents acted improperly on their land. In 2003, the tribe says a border patrol agent ran over and killed a teenager on the reservation. The officer in that case was later cleared of any wrongdoing.